(Minghui.org) Falun Gong practitioners across Mexico held events at the Chinese Embassy and consulates, universities, community centers, and public squares to raise awareness of the persecution of Falun Gong in China that has continued unabated for 18 years.

Since the Chinese Communist Party launched its campaign against Falun Gong on July 20, 1999, practitioners have been detained, imprisoned, and tortured throughout China. Over 4,100 have been confirmed to have lost their lives as a result of torture while in police custody.

The practitioners demonstrated the Falun Gong exercises, distributed brochures and origami lotus flowers, displayed posters and photos, and collected signatures against the state-sanctioned killing of practitioners for their organs in China.

On July 20, which marks the 18th anniversary of the persecution, practitioners went to the Historic Center of Mexico City, a very popular tourist site. They put up posters and talked with local residents and tourists about the persecution in China. 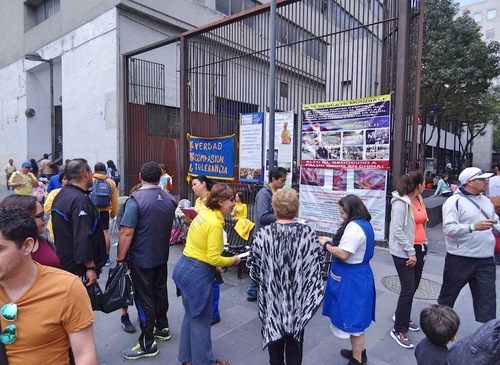 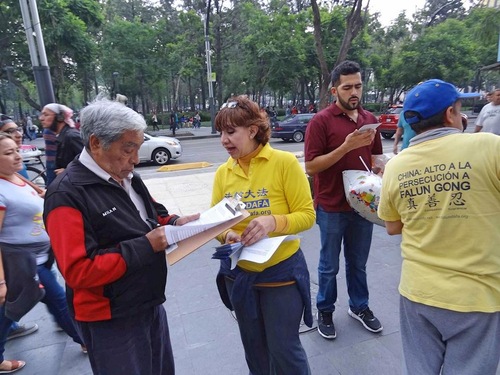 Falun Gong practitioners tell people about the persecution in China outside the Historic Center of Mexico City.

“What you are doing is very important,” said local resident Gerardo Roberto Cruz Martinez. “People need to know this. We cannot allow such a tragedy to continue.”

Enrique Mendoza Guadarrama agreed, adding that the Falun Gong meditation practice is great and beautiful. “The persecution in China is harming the entire world… By persecuting the principles of Truthfulness-Compassion-Forbearance, the CCP is undermining their society. I hope the United States can do something to help stop this,” he said.

Jorge Omar Beltran encouraged practitioners to continue their efforts: “The suppression in China happens on a large scale. I expect the international society will pay more attention to it.”

On the same day, practitioners collected signatures at Plaza Juárez in Puebla. A large number of passersby signed petitions calling on the Chinese regime to end the severe human rights violation.

Some also wanted to learn the Falun Gong exercises, including a five-year-old girl who watched practitioners as her mother signed the petition. 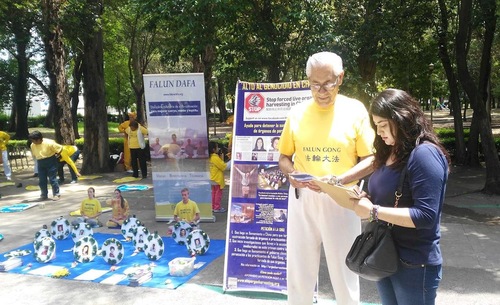 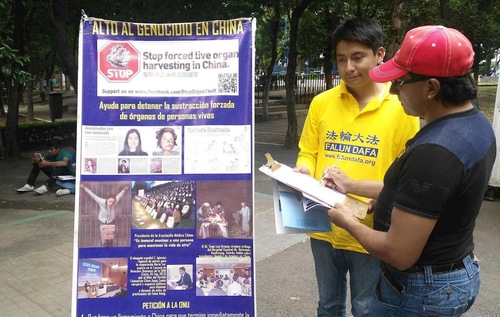 Practitioners talk to people about Dafa at Plaza Juárez in Puebla on July 20, 2017.

Practitioners from different regions gathered at Plaza de Armas, the current seat of the Government Palace and an important attraction visited constantly by both local and foreign tourists.

Passersby expressed their astonishment and empathy for prisoners of conscience in China and condemned the violence and persecution. After learning about the abuses still taking place in China, several policemen guarding the square signed the petition. 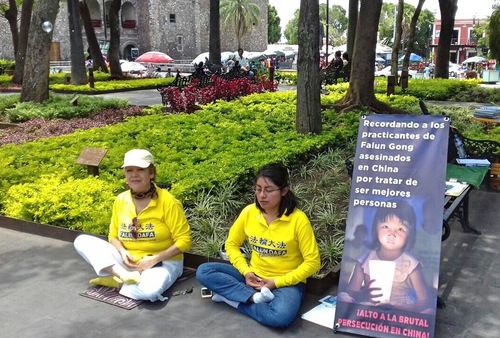 Plaza de Armas, the current seat of the Government Palace 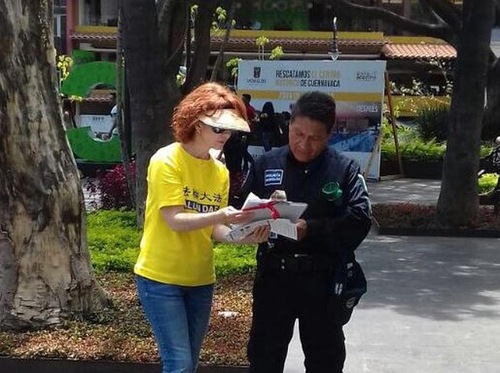 A police officer signs the petition.

Group exercises were also held on the busy Chapultepec Avenue in Guadalajara. 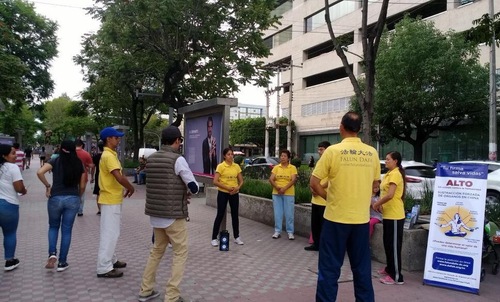 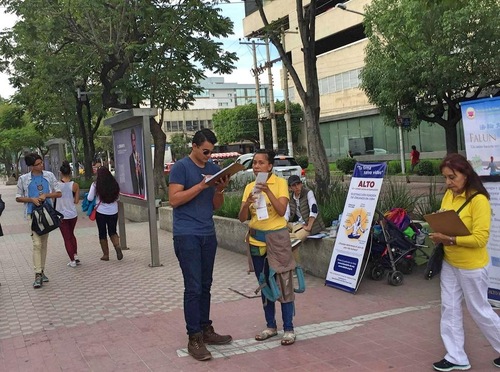 Many stopped to ask questions and signed petitions that would be forwarded to the Mexican government and the United Nations.

One woman found it hard to believe that China, often considered a first-world country with an economy second only to that of the United States, treats its citizens with such brutality. 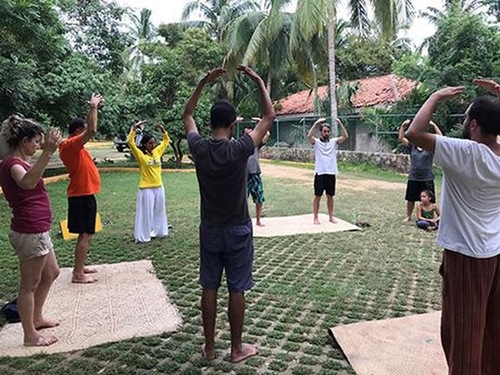 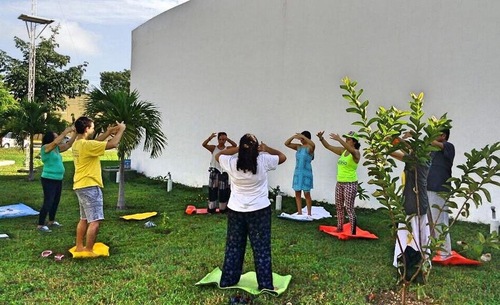 Practitioners demonstrate the exercises at a popular tourist site in Cancún. 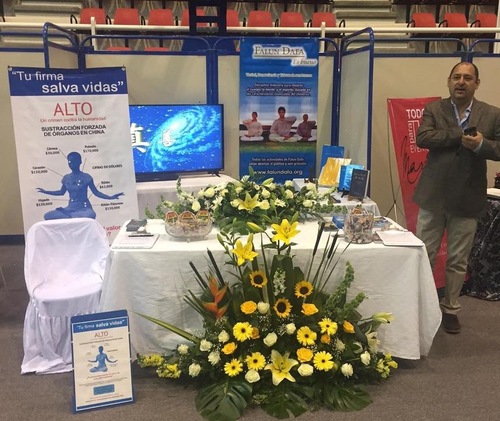 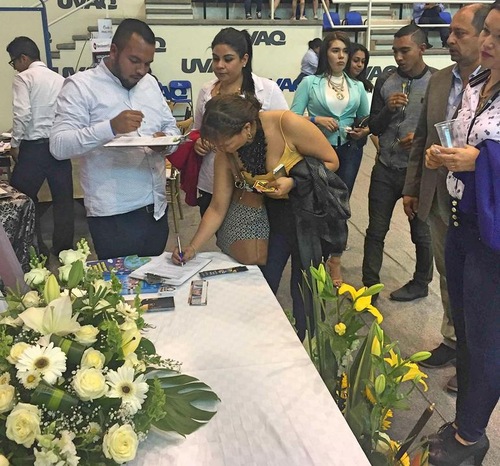 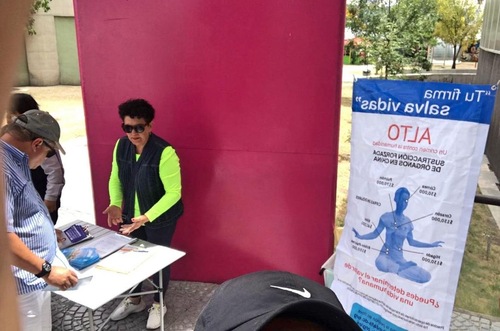 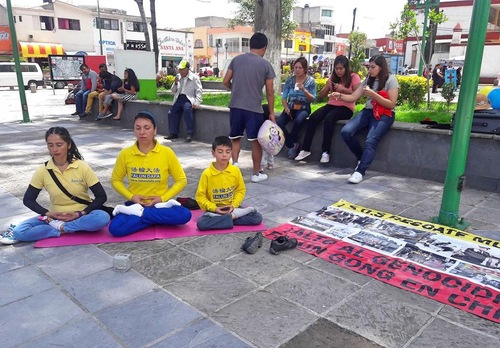 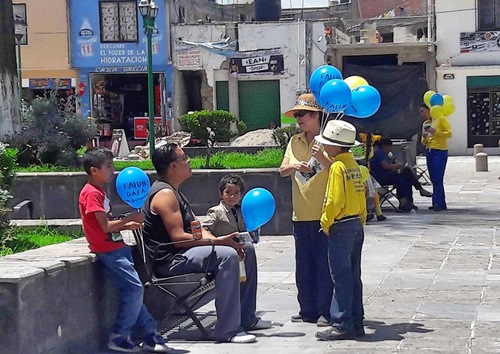 Mother and son practitioners talk to people in Tlaxcala about the persecution in China.