(Minghui.org) The Art of Zhen Shan Ren International Exhibition opened in Mexico City on June 17 and will continue for one month. 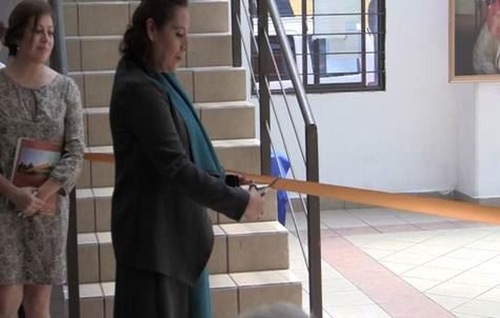 Ana Lilia Robledo Rodriguez, director of the exhibition center, cuts the ribbon at the opening ceremony. 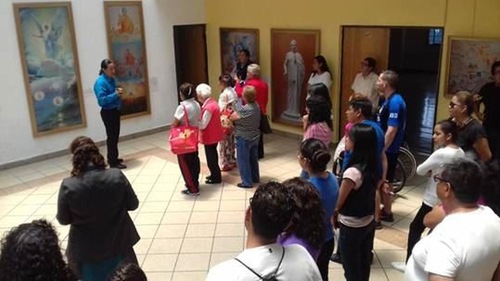 Guides help visitors learn the background of the paintings 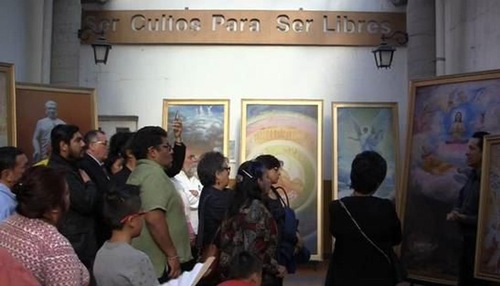 Artist and Falun Gong practitioner Oswaldo Hernandez Garnica was among the guides who introduced the paintings to visitors wishing to learn more about the background. He said that the exhibition included four themes: harmony, adversity, courage, and justice. 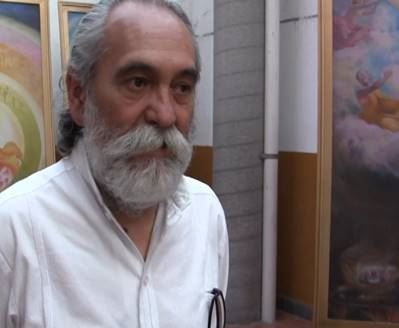 Alfredo Estrella Torres, Head of the Department at Siete Barrios House of Culture in Iztacalco

Alfredo Estrella Torres, Head of the Department at Siete Barrios House of Culture in Iztacalco, said, “I believe it is very important to bring this exhibition that shows values, the human values of Truthfulness and Forbearance. I think we have to revive these values, as they have been removed from us. We have to revive and strengthen them in people and, specifically, recreational and cultural venues are perfect for this purpose. I believe that we are born with these values but we have to revive them.

“It seemed to me very moving, revelatory, spiritual and even tragic but, because of what is revealing, I think this type of human rights violations committed in China are worthy to be known.

“I was deeply moved by the work about the person who is tortured and does not move, neither show any sign of pain nor feeling, for that he is surely thinking about his beliefs, which makes him more sublime and resilient, something between human and divine.” 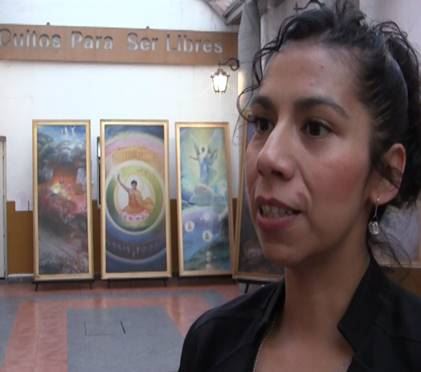 Itzel Orendale Diaz, Director of Siete Barrios House of Culture, said, “I think we needed a work like this. We must not forget that we live in a world and the world is changing and sometimes politics leave behind people´s rights. This exhibition makes one reflect on how is it possible that such basic principles as Truthfulness, Compassion and Forbearance can possibly attack a system, a political regime to the extent of generating assaulting and killing people. It is impressive they are attacking innocent people, because these people are acting with love.”

With a population of over 20 million, the exhibition will be held in other areas of Mexico City in upcoming months.