A Young Girl Finds the Purpose of Life in Falun Gong

(Minghui.org) Even when Liu Naijing was five, she always pondered the purpose of life: so many people come to this world, they grow up, go to school, get old, and eventually pass away. What is the point?

Nobody could give her an answer back then, but she knew clearly that the purpose of life was not merely what she saw. There had to be something else.

What was this “something else?” She didn't find the answer until she learned Falun Gong with her mother. 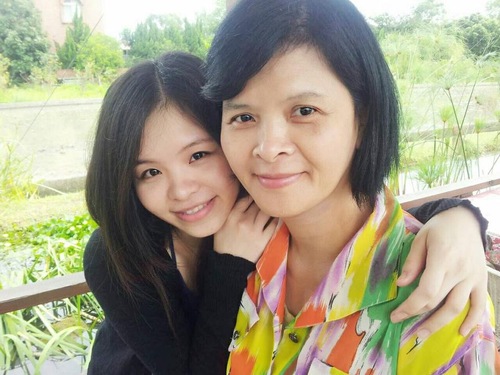 Liu Naijing and her mother

Liu Naijing is a private tutor in Maoli, Taiwan. Coming from a family of Buddhists, she was familiar with the teachings. When she was little, she was able to see her previous lives and those of her family members. To look for the answers to her question, she also went to Christian churches. But none of these religions gave her the answers she was seeking.

When she was in high school, her mother started to practice Falun Gong. Two months later, Naijing joined her.

“When I first opened the book Zhuan Falun (the main book of Falun Gong), I saw the pattern of a Falun symbol, which looked righteous. When I saw the words Truthfulness, Compassion, and Forbearance, I suddenly felt that I had found the answers to the questions I'd been asking my entire life. This was it. This was what I'd been looking for,” Naijing said.

She finished reading the whole book.

Naijing had serious stomach problems since she was little. In elementary school, she had to have bloodletting treatments several times a week. Later, she tried different Chinese and Western treatments, but nothing worked. She was in pain and had to take pills every day. She also had a weak immune system and often caught the flu.

When she first read Zhuan Falun, she felt warmth all over her body. That night, she felt like she had a fever. Her forehead was burning, but she didn't feel sick. She understood that Master Li Hongzhi, the founder of Falun Gong, was purifying her body. She wasn’t worried or scared. The second morning, her temperature came down, and she felt completely fine.

Her stomach problem also disappeared, and she has never since been bothered by it. She was also no longer lactose-intolerant.

Another remarkable change was that she no longer had car sickness. Before practicing Falun Gong, she had to take motion sickness pills before every long trip. After practicing for two years, she and friends went on a vacation after their high school graduation. She decided not to take the pills but didn't feel sick the entire trip.

Treating Others with Compassion

Cultivating herself based on the principles of Falun Gong not only healed her diseases but also improved her relationships with others.

Naijing used to be self-centered and controlling, sometimes even hurtful. From the teachings of Falun Gong, she learned to be more considerate of others and put herself in their shoes.

Now, when she runs into a conflict, Naijing would always look for her own faults and see what she could have done better.

She used to be protective about her possessions but now is eager to share with others.

Naijing has also become less controlling. Before, if her friends were too loud in public places, she would harshly stop them to protect her own reputation in public. But now, she handles this in a more compassionate way and has become more forgiving. Her friends saw the changes in her, so they supported her practicing Falun Gong.

She used to fight with her older brother a lot but can now hold her temper. When her brother spilled soup on one of her favorite shirts, she did not yell at him. He was surprised. Consequently, he became curious and read a Falun Gong book. Although he does not practice, he supports Naijing. Her sister, however, joined Naijing and started practicing.

When a flu spread through Naijing’s college campus, everyone in her class caught it except her. Many of her classmates were amazed and wanted to practice Falun Gong with her.

After graduation, Naijing and one of her friends started a tutoring business. But later, the business partner started her own business and became Naijing's competitor. Naijing had given her a lot of help, but this friend not only stole most of Naijing's clients but also played several tricks on her.

Naijing was shocked and saddened. But after she calmed down, she decided not to engage in a conflict with her. Instead, she started over with a peaceful mind. She never complained about this friend. Now, Naijing's business has recovered and is getting better and better.

Introducing Falun Gong to the Public

During her free time, Naijing often joins all types of events to introduce Falun Gong to the public. She plays the waist drum with her sister and other practitioners in community festivals and parades. 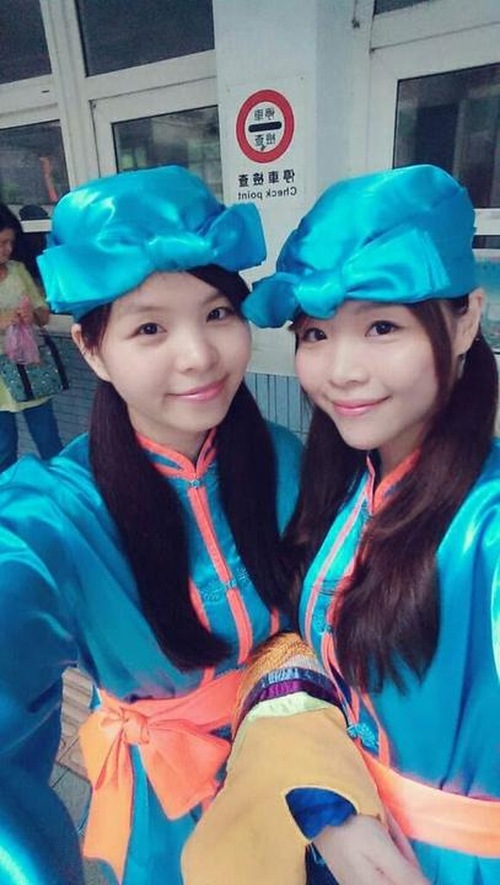 Naijing (left) and her sister in a parade in Maoli

“When people see that we young people also practice Falun Gong, they would be interested in finding out what it’s about. Moreover, when they see a lot practitioners with college education, they would know this is not something at low levels, something only illiterates would do. We come from all walks of life,” Naijing said.

When conflicts arise in daily life, Naijing always reminds herself of the following teaching in Zhuan Falun:

“As practitioners, you will suddenly come across conflicts. What should you do? You should always maintain a heart of compassion and kindness. Then, when you run into a problem, you will be able to do well because it gives you room to buffer the confrontation. You should always be benevolent and kind to others, and consider others when doing anything. Whenever you encounter a problem, you should first consider whether others can put up with this matter or if it will hurt anyone. In doing so, there will not be any problems. Therefore, in cultivation practice you should follow a higher and higher standard for yourself.”

“With what I’ve learned from Falun Gong, I can overcome all kinds of tribulations and tests,” Naijing said, “as long as I keep looking within for my own problems. If it is my fault, I fix it. If it is not my fault, I forgive others. Guided by the teachings, I can improve myself, and that feeling is wonderful.”