(Minghui.org) Falun Gong practitioners from the greater Vancouver area participated in the annual Hats Off Day parade in the City of Burnaby on June 3, 2017. Spectators gave the Falun Gong parade entry a warm welcome again this year.

Hats Off Day is a celebration that started years ago when merchants in the area decided to “take their hats off” in appreciation to the community. The festival has been around for decades, and the parade is eagerly anticipated by families and other members of the community each year. 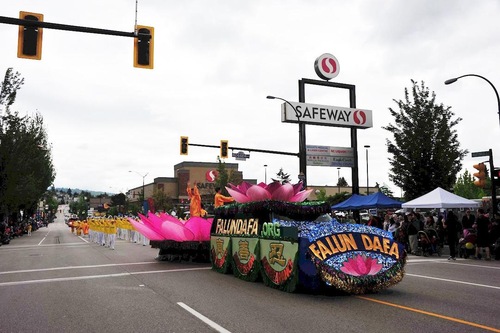 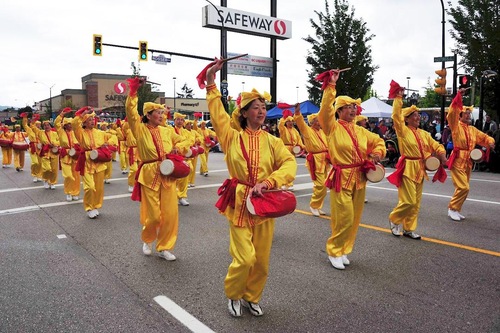 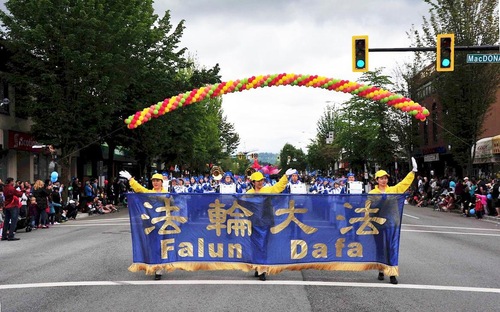 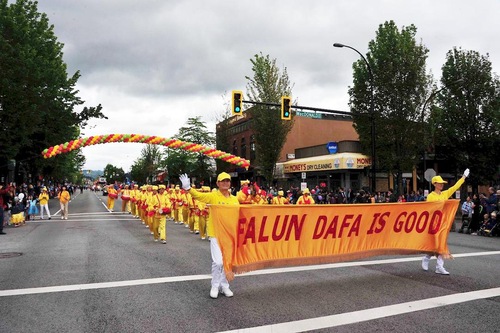 “Doing Well With Our Historical Mission”