(Minghui.org) The Falun Gong group in Kiev, Ukraine, held a series of activities on “Kiev Day,” May 27, including a large group exercise demonstration and parade to tell the public about Falun Gong and the persecution of the peaceful practice in China.

A local media outlet, KNK Media, covered the Falun Gong events, which continued throughout the day. 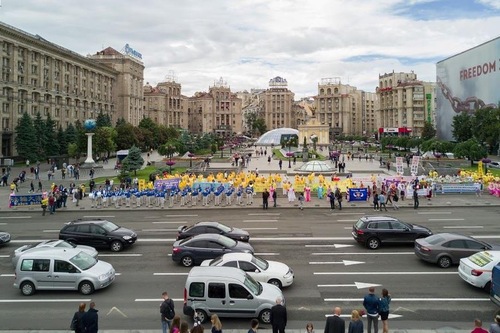 Beginning of the whole-day event 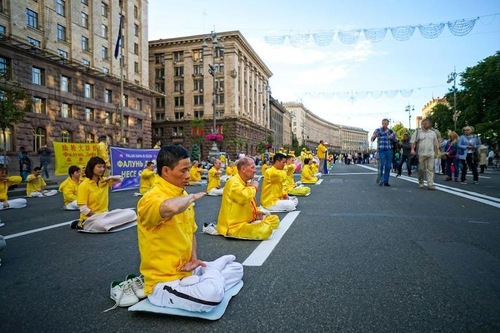 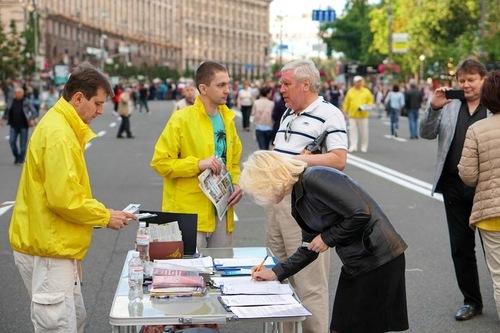 Signing a petition to condemn the persecution. 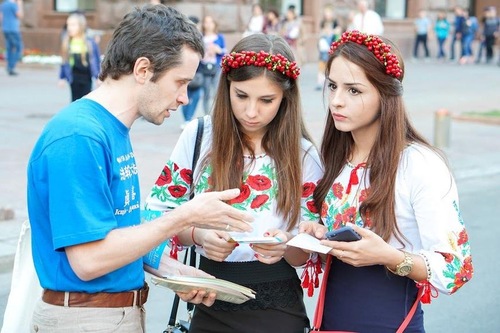 Led by the Tian Guo Marching Band, practitioners performed a lotus dance and dragon dance along with the exercise demonstration in the parade.

One man praised the band, saying, “It is so beautiful. My heart was singing along with them.” Another man said the band's music can “purify one's soul.”

A local woman urged practitioners to perform more in Kiev.

“Today, we heard very different music, coming from a different culture. The music stopped me in my tracks, and made me think. It was comforting. Your group should hold performances more often! Our lives will be happier!” she said. 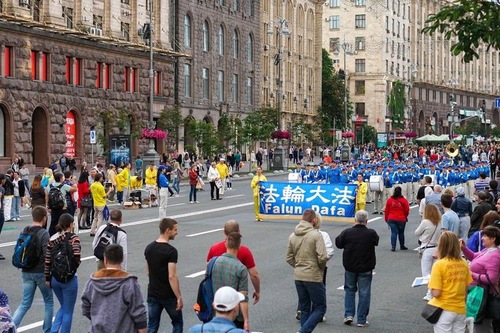 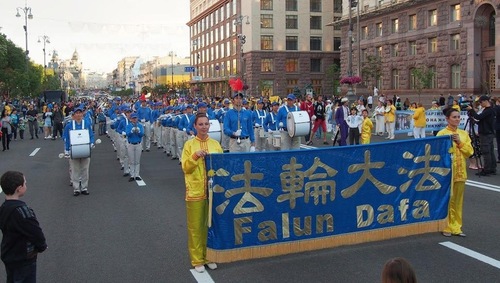 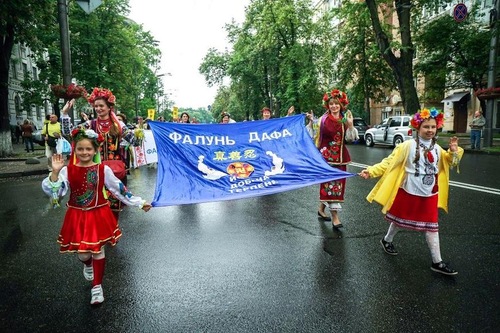 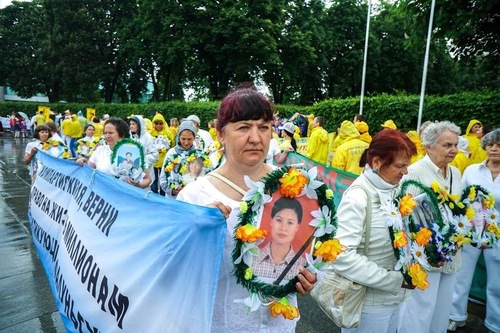 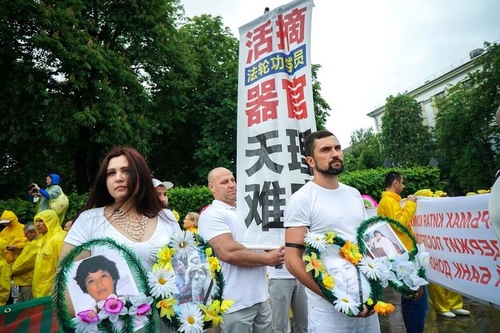 Besides introducing Falun Gong, practitioners also tried to expose the severe persecution of the practice in China and called for help to end the atrocities.

Many people who stopped to show support said they had heard about the persecution. As Ukrainians, many of them used to live under the Communist Party's rule, so they understood the plight of those who are suppressed by the Chinese regime. They signed the petition to support the practitioners' peaceful resistance and condemn the regime's crimes.

One supporter said, “One or two signatures may not make a difference, but if everybody comes to sign the petition, the power will be large enough to stop the persecution.”

A practitioner said that although Falun Gong originated in China, its guiding principles of Truthfulness-Compassion-Forbearance are universal, and benefit everyone.