(Minghui.org) During the eighth annual “Zdravei Zdrave” (“Hello Health”) fair in Bulgaria, hundreds of people tried out the Falun Gong exercises and learned about the philosophy of this ancient mind/body cultivation system that originated in China.

As a holistic practice, Falun Dafa fit well with this event which promotes a healthy way of living in all aspects: physical, emotional, mental, and spiritual.

Falun Dafa presentations were offered at the events in the cities of Plovdiv, Dobrich, Yambol, Kazanluk and Troyan. 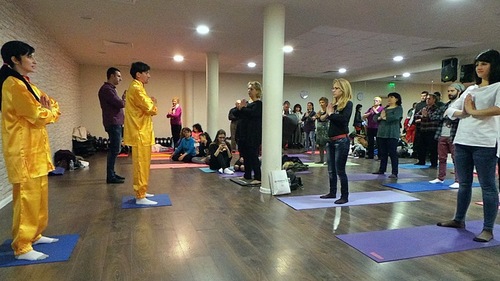 “As Falun Dafa practitioners, we follow the main principles of the practice: Truthfulness, Compassion, Forbearance, which help us become more responsible members of society,” said Ivan Ginov, a volunteer at the Falun Dafa booth at the festival held at the Boris Hristov House of Culture in the city of Plovdiv.

One of the guests said she liked the exercises a lot and would join the local group practice site in Plovdiv.

The visitors also learned about the violent suppression of Falun Dafa in China under the regime of the Chinese Communist Party. 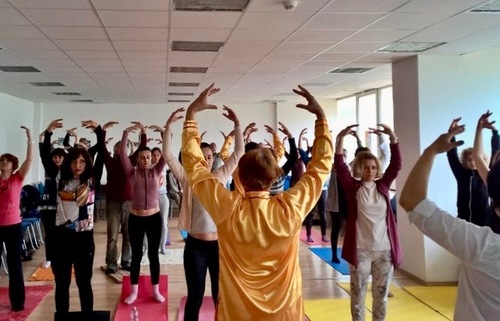 At Zdravei Zdrave 2017 in the city of Dobrich, the Falun Dafa presentation took place before a packed room at the Higher School of Management.

Vesko, a practitioner from Dobrich who had lost his eyesight in an accident, told the audience that Falun Dafa was the greatest miracle in his life. Medicine was helpless to save him from the darkness, but after he started to practice Falun Dafa his sight improved and now he can walk without assistance.

A woman who had come from the city of Balchik to attend the seminar asked the practitioners about bringing a Falun Dafa presentation to her hometown. 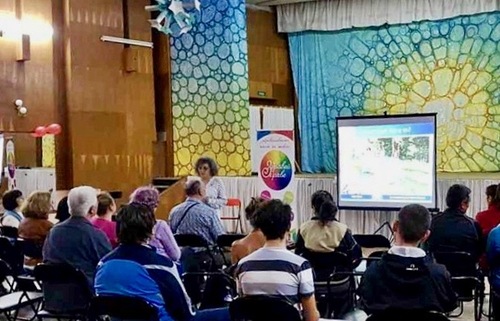 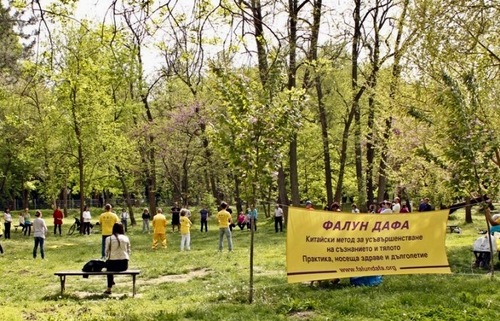 In the city of Yambol, the Falun Dafa presentation at the City Youth Center started with an introduction to the philosophy behind the practice, followed by personal stories of several who have benefited from the practice.

The emphasis of the discussion was on the improvement of one's moral character, rather than the exercises, which are supplemental.

After the presentation, the audience went to the nearby park to perform all five exercises of the practice. Though just beginners, the participants not only performed the four standing exercises, but also did a half hour of sitting meditation. The festival coordinator in Yambol said she would like to start a practice group in her city. 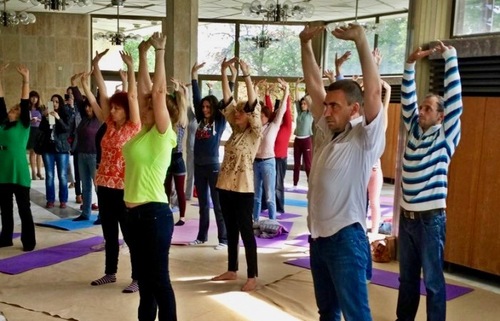 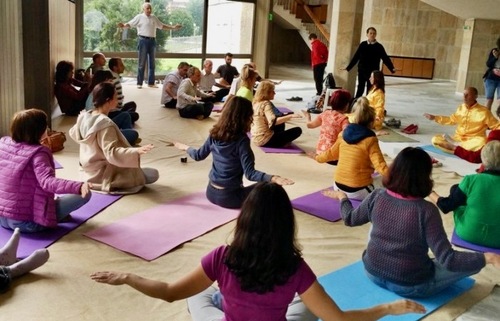 The city of Kazanluk was the fourth city where Falun Dafa was introduced as a part of the festival. The event happened to be on May 13, World Falun Dafa Day.

The city’s Arsenal House of Culture housed about 70 people who came to learn about the exercises and the philosophy of the practice. The presenter, Zdravko Dimitrov from the city of Stara Zagora, has been practicing for almost three years.

After learning some of the exercises, many participants commented on how relaxed it made them feel. 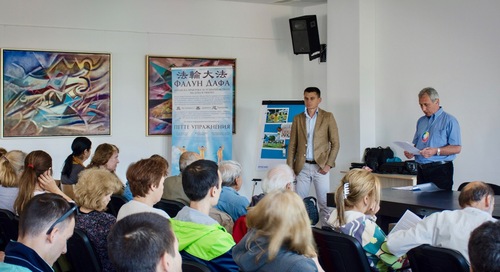 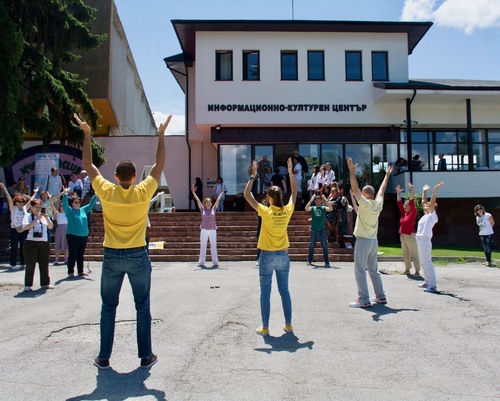 The city of Troyan hosted the next presentation of Falun Dafa. About 50 people gathered at city’s Info Center to learn about the practice.

After the presentation the guests went outside to try out the Falun Dafa exercises. Among them were a veteran yoga instructor and another woman who said she would join the local practice site and encourage her daughter, who lives in Sofia, to join a practice site there.

“Podcast (Cultivation): “After Leaving Cultivation for 13 Years, I've Been Given a Second Chance!””

“Lesson Learned on the Importance of Diligent Fa Study”