(Minghui.org) The Asian Culture Festival was held in Aalborg, Denmark on June 9-11, 2017, at a square near the sea port. Falun Gong practitioners participated in the event on Saturday.

A French naval ship was in the port at the time, and some sailors disembarked to watch the events, including a speedboat show in the port. Crowds of people attended the events on the square, including multicultural shows, and various booths and food stands. On the stage were cultural performances, music, and dancing. 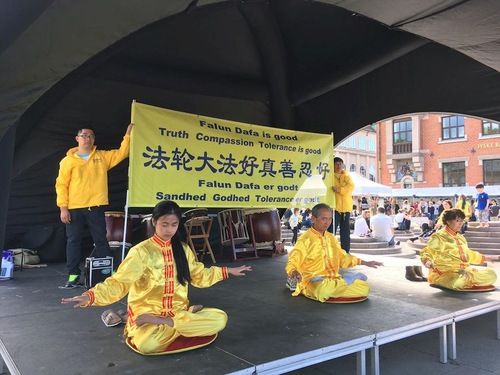 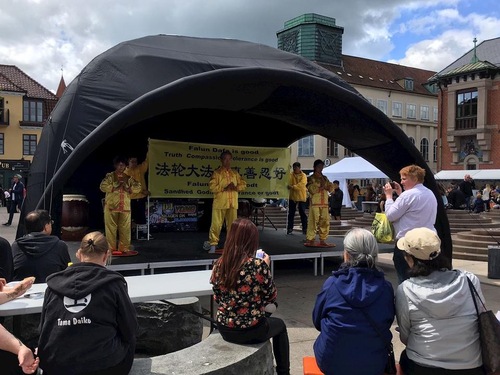 Falun Gong practitioners twice demonstrated the five sets of exercises on the stage. One practitioner introduced the exercises while others did the demonstration. The seats near the stage were filled with spectators. Many accepted Falun Gong flyers and folded paper lotus flowers.

The event-goers also visited the Falun Gong booth, including one young man who said he had practiced martial arts for years. He said to a practitioner, “I have contacted several martial arts instructors and people who practice martial arts. Some seem to have good character, and others do not. But I don't understand what effect personal character has on martial arts skill.”

“Falun Gong teaches people to be good. This principle is good. Returning to one's true-self makes sense. Now I know that one’s skills will improve once one's heart nature improves. I will download Falun Gong books to read after going home.”

He signed the petition opposing the Chinese Communist Party's (CCP) state-sanctioned live organ harvesting from Falun Gong practitioners for profit. He said, “The CCP has perpetrated many unacceptable wrongdoings. I will try my best to help these innocent people.” 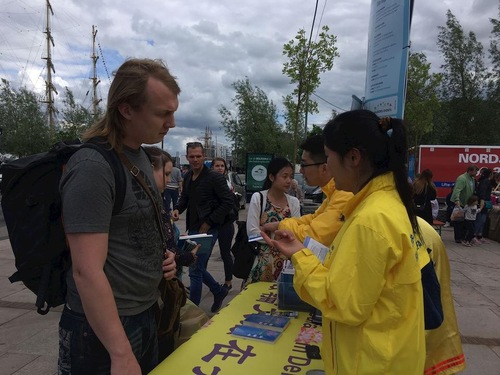 A young man who practices martial arts was interested in Falun Gong. 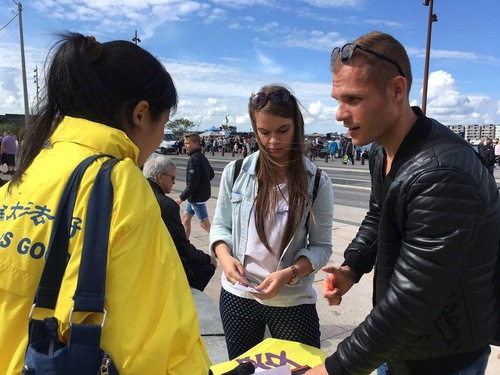 A young couple was interested in learning Falun Gong.

A practitioner corrected his hand gestures as he did the exercises on the spot, as many watched with interest. He was grateful afterwards.

“My Experiences Cultivating Before and During Pregnancy”