(Minghui.org) Falun Gong practitioners in Paris gathered to raise awareness of the ongoing persecution in China on May 28.

Tourists and residents walking by Human Rights Square (Parvis des Droits de l'Homme) near Eiffel Tower were drawn to the practitioners demonstrating the exercises. They learned about the benefits of the practice and why the Chinese Communist regime started the persecution against it in 1999. Many of them signed a petition calling upon the regime to immediately stop the human rights violations in China. 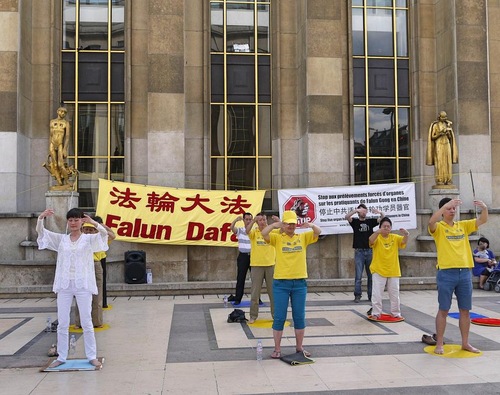 Falun Gong practitioners in Paris demonstrate the exercises in the afternoon of May 28, 2017. 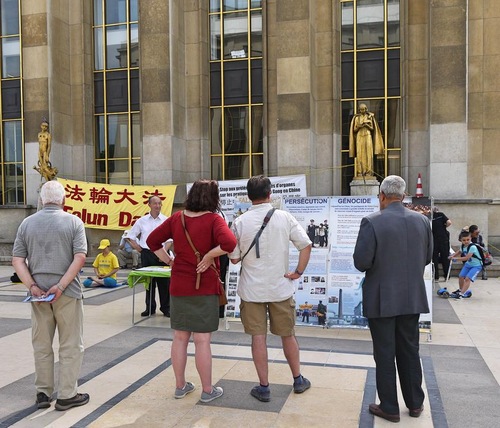 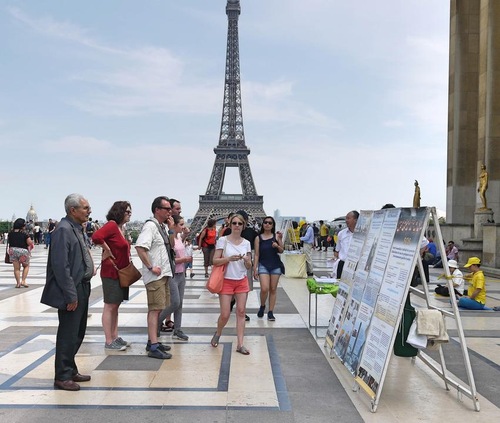 Passersby learn about the practice and the persecution. 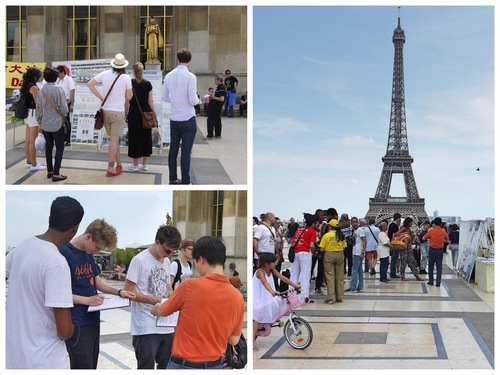 Passersby sign a petition calling for an immediate stop of the persecution.

Lucie is a language teacher from Columbia and signed the petition protesting the persecution of Falun Gong. This was the first time she's heard about the persecution, and the extent of the brutality was beyond her.

“I can't see how (practicing Falun Gong) can put the Chinese Communist regime in danger. I don't understand why the regime has to persecute and kill the practitioners. This is unbelievable,” she said.

Lucie's friend Alejandro also signed the petition. He said, “I can't believe there is such a thing happening in China. We are so far away from China and we hope the signatures can help you.”

High school student François-Xavier said to one of the practitioners, “What you are doing here today is important. Through you people get to know what they normally wouldn't from the news media. It's important to let the world know about the persecution.”

“A Life Turned Around”