(Minghui.org) May 13, 2017 marks the 25th anniversary of Falun Dafa’s introduction to the public in 1992. As part of the World Falun Dafa Day celebrations, practitioners throughout the U.S. and the world have been holding various events to commemorate this special occasion.

In this report, we present the activities in Philadelphia, Houston, San Francisco, and Washington D.C.

At Independence National Historical Park in Philadelphia, where the Declaration of Independence and the U.S. Constitution were drafted, Falun Dafa practitioners celebrated on May 6 with group exercises, singing, and workshops including lotus flower folding and calligraphy. 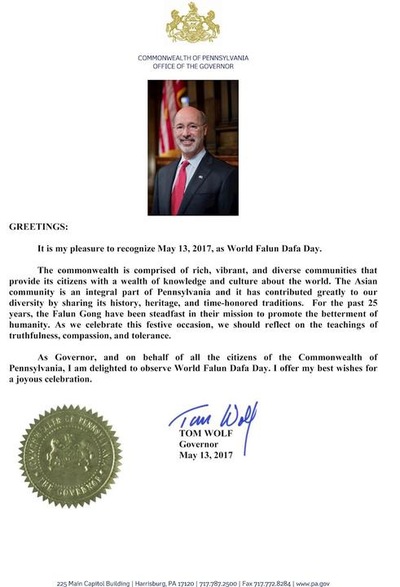 Many officials issued proclamations and greetings to the events, including Pennsylvania governor Tom Wolf, Senator Patrick J. Toomey, as well as Congresspersons Pat Meehan, Ryan Costello, and Robert P. Casey. “For the past 25 years, the Falun Gong has been steadfast in their mission to promote the betterment of humanity. As we celebrate this festive occasion, we should reflect on the teachings of truthfulness, compassion, and tolerance.” 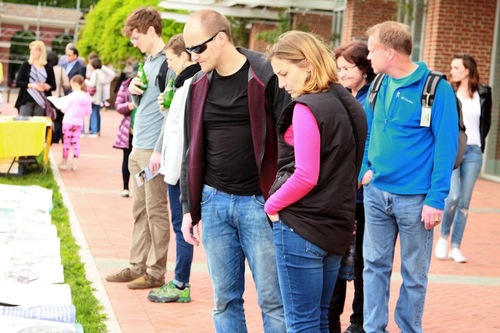 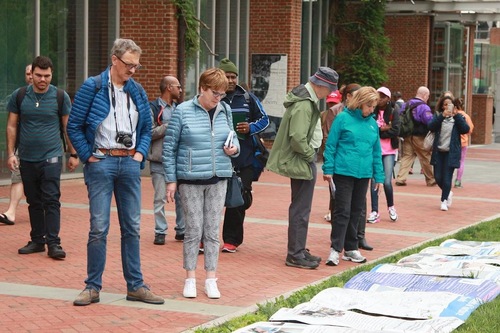 Passersby learn about Falun Dafa at Independence National Historical Park on May 6, 2017.

Philadelphia City Councilor Mark Squilla attend the event and presented a proclamation from himself and councilor Bobby Henon. “Although rooted in ancient Chinese spiritual tradition, Falun Gong was first taught publicly in China in 1992 by Mr. Li Hongzhi, four time Nobel Peace Prize nominee and the founder of the practice. It spread quickly through word of mouth, as tens of millions of Chinese citizens found greater health and spiritual well-being though the practice.”

Practitioners in Houston, TX, gathered in Chinatown on May 7 to celebrate the 18th World Falun Dafa Day. Mr. Song, coordinator of the Houston Falun Dafa Association, said, “We often gather together for group exercises, as well as telling people about the meditation and the persecution in China.” 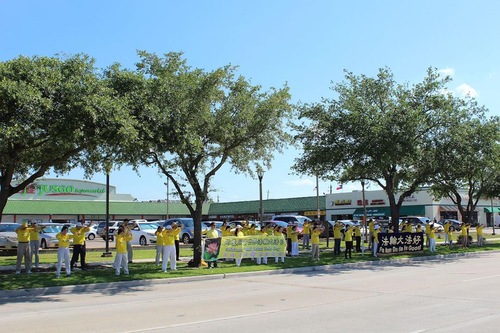 Group exercises by Falun Dafa practitioners in Houston on May 7, 2017.

After seeing banners with the words “Celebrating the World Falun Dafa Day” and “Falun Dafa is good,” many passersby stop for more information. One young couple from China said they both work for a firm in Houston. “Back in China, a friend gave me a copy of Zhuan Falun,” said the husband. He agreed with the principles of Truthfulness-Compassion-Forbearance and knew about the suppression in China that started in 1999.

Upon learning how the Communist Party has been harming Chinese people for decades, both the husband and wife agreed to quit the regime. 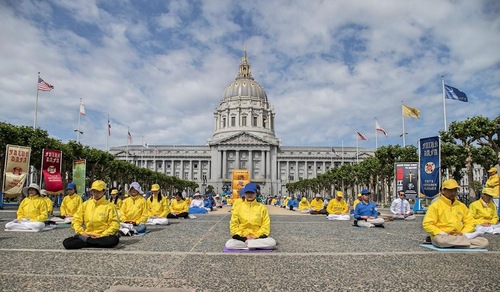 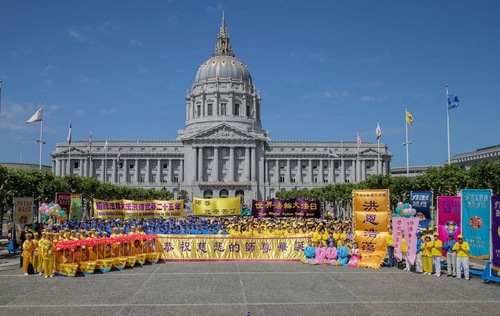 Celebration of World Falun Dafa by practitioners at San Francisco City Hall Square on May 6, 2017.

The celebration in San Francisco on May 6 took place at the City Hall Square. After the group exercises, practitioners held a march from City Hall to Union Square, where an exercise demonstration, singing, and dragon dances were performed. 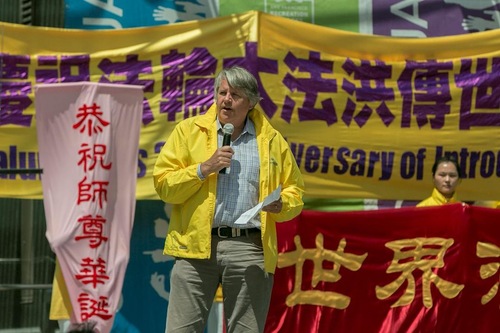 Chris Kitze owns an IT firm and he said the practice of Falun Dafa gives him a better life.

Chris Kitze, owner of an IT firm, first heard about Falun Dafa in 2006. “When one practitioner explained to me what it was about, I immediately knew it was very good. Because the principles can be applied to everyone and will benefit the entire society.” As he continued reading Zhuan Falun and doing the exercises, Chris found he always gained new understandings. “Falun Dafa not only improved my health, but also made my family life more harmonious,” he added, “I hope to let everyone know that Falun Dafa is great.”

Practitioners in Washington DC came to the National Mall on May 7, to celebrate World Falun Dafa Day and the 66th birthday of Mr. Li Hongzhi. 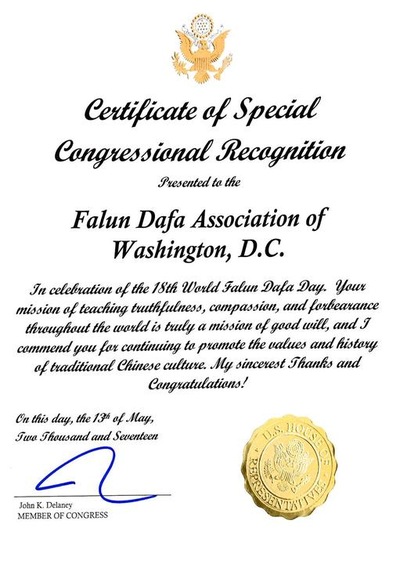 Several members of Congress issued proclamations and greetings to the event. Representative John Delaney wrote, “In celebration of the 18th World Falun Dafa Day, your mission of teaching truthfulness, compassion, and tolerance throughout the world is truly a mission of good will, and I commend you for continuing to promote the values and history of traditional Chinese culture. My sincere Thanks and Congratulations!”

The group exercises caught the attention of both local residents and tourists. Many took photos and joined the exercises. Emily Huang, who will attend dental school at the University of Pennsylvania this fall, said she has been a practitioner following her parents since she was 7. She said the meditation helped her a lot, “Even on the busiest days, if I spent 30 minutes or one hour, it would be a big help to reduce stress and get things done better.”

“Without Falun Dafa, I wouldn't be so successful as today,” she added. 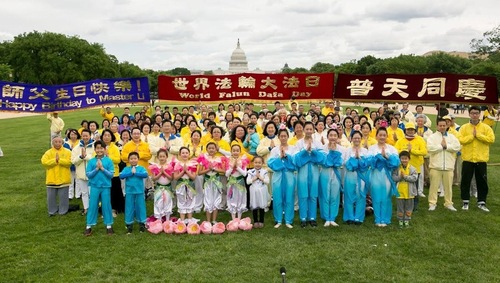 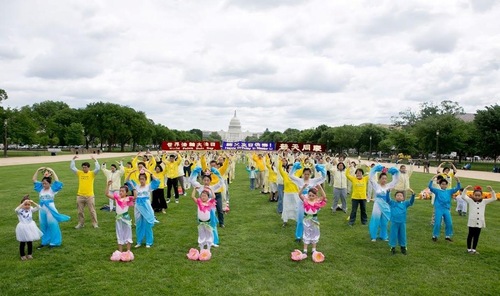 Celebration by Falun Dafa practitioners in Washington DC on May 7, 2017.

Latest Podcast
Podcast (Cultivation): “Unmoved Amid a Tremendous Tribulation”
- May 06, 2017