Many people were moved by the exhibit and signed a petition calling for an end to the persecution, especially the Chinese Communist Party's state-sanctioned organ harvesting from imprisoned Falun Dafa practitioners. 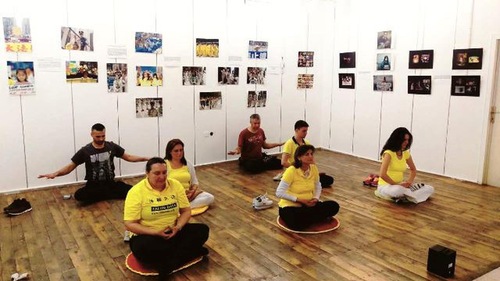 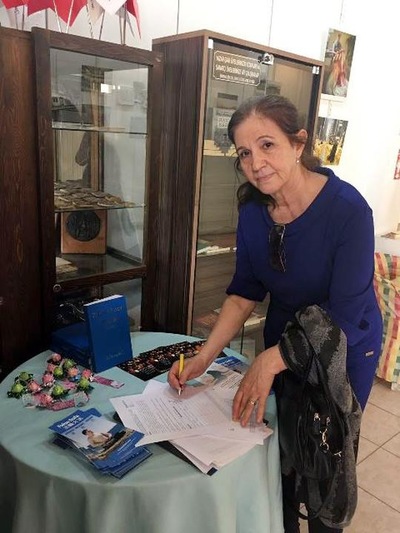 A woman signs a petition calling for an end to the persecution. 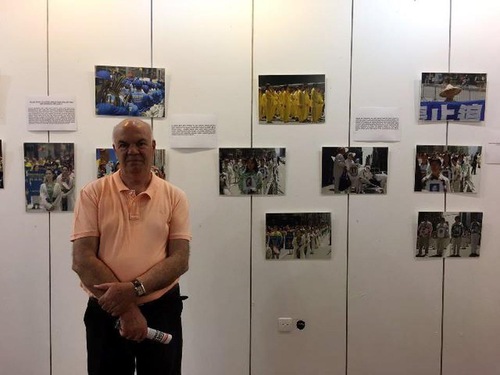 Mr. Fevzi Eryılmaz, who works at Icel Art Club, said the photos were very convincing and created a strong visual effect. He said he appreciated what Falun Dafa practitioners have done for the future of humanity.

Mrs. Saadet Caner, who also works at Icel Art Club, said that while she was following along with the movements of the Falun Dafa exercises, she felt at peace and with no negative thoughts in her mind. She said she thinks Truthfulness, Compassion, and Forbearance are principles that everyone should follow. 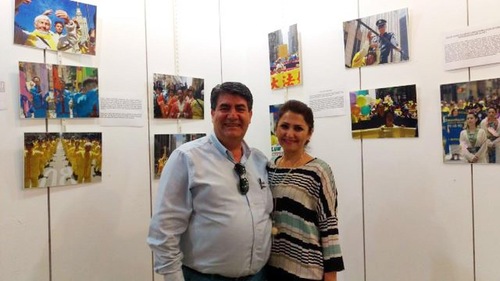 Mrs. Gulgun Ciger and her husband at the photo exhibit

Mrs. Gulgun Ciger visited the photo exhibit and told a Falun Dafa practitioner, “I heard about Falun Dafa in New York 12 years ago. My English wasn't very good then, so I didn't learn much from the flyer. When I saw Falun Dafa on the invitation to the photo exhibit, I hurried to tell my husband. I learned from the Internet that the cruel persecution and organ harvesting are still going on. It's such a disaster! A huge crime! It's terrible!”

“A Memory Etched in My Mind: Master Acknowledges My Greeting”