(Minghui.org) The Falun Dafa group's Tian Guo Marching Band in Taiwan was invited by the Taoyuan Culture Bureau to participate in a parade as part of the Taoyuan Band Festival on April 30, 2017. 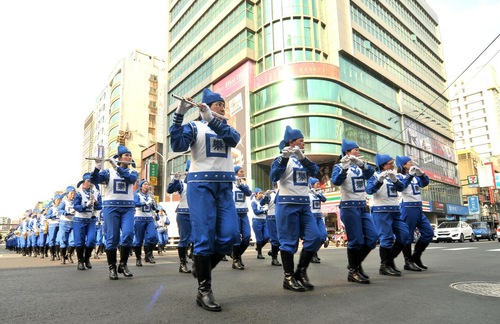 Ms. Huang Shunu, the coordinator of Tian Guo Marching Band, said it was the first time the band participated in this large music festival in Taoyuan. The band members hail from all over Taiwan and have performed in Chiayi for the past six years.

The marching band, as the largest participating group, served as the grand finale of the parade. They performed the well-known “Ode to Joy” as well as spirited original pieces composed by practitioners “Falun Dafa Is Great,” “Triumph,” and “Falun Holy King.” 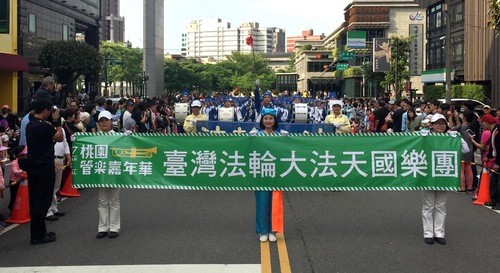 Practitioners share the joy of Falun Dafa with the parade spectators.