(Minghui.org) Falun Dafa practitioners from Vancouver participated in the Hyack International Parade on May 27, 2017, bringing the beauty of Falun Dafa to the spectators who filled the streets of New Westminster. The Tian Guo Marching Band, the joyous waist drummers, a Falun Dafa exercise demonstration team, along with a beautifully decorated float participated in the event. 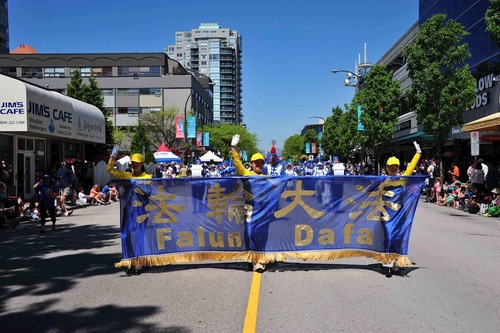 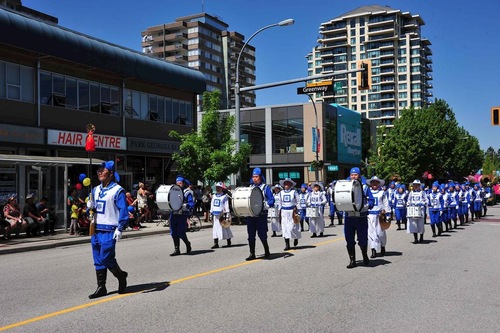 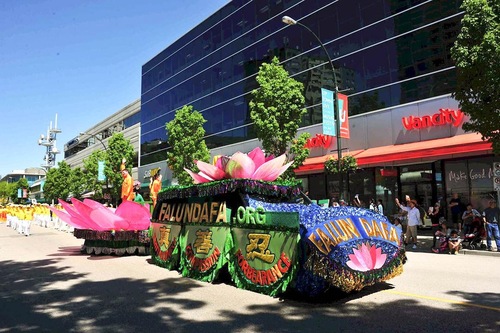 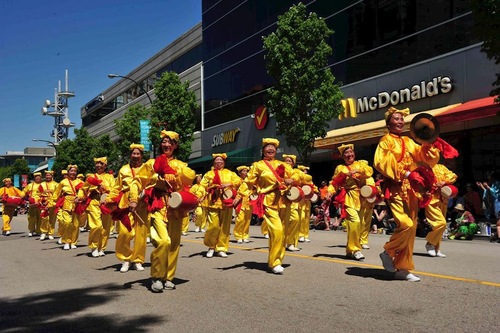 The host of the parade commented that the Falun Dafa contingent was “peaceful and full of energy.” He also introduced Falun Dafa as a cultivation practice that originated in China, and that it benefits practitioners both physically and mentally with its five sets of exercises and its tenets of Truthfulness-Compassion-Forbearance. The practice has been embraced by people in more than 100 countries and regions. 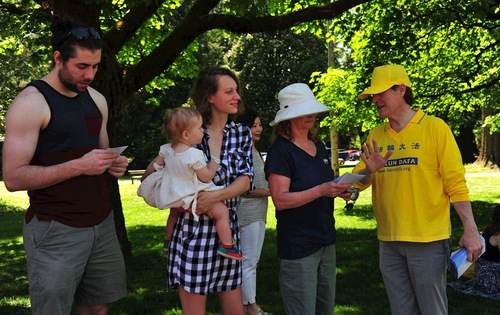 Learning about Falun Dafa from a practitioner.

Artist/painter Mr. Mcnaulty told the reporter that he knew that Falun Dafa was being persecuted in China, but that everyone gathered in today's parade was not only celebrating the festival of the city, but also celebrating their freedom of belief.

Some Chinese immigrants who were among the spectators were amazed to see Falun Dafa practitioners in the parade which could not be seen back in China due to the persecution of the practice that has persisted for 18 years there. 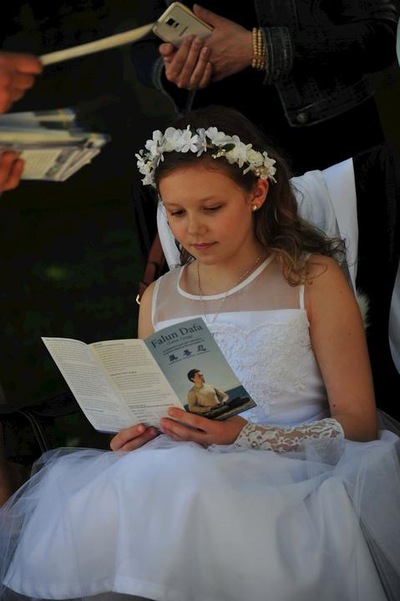 Over 120 entries from throughout British Columbia and the Pacific Northwest participated in the celebration at the 150th anniversary of the Hyack International Parade.