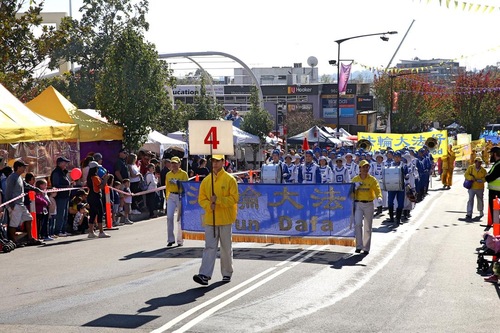 Falun Gong practitioners joined the parade in the central business district during the Blacktown City Festival in the Sydney metropolitan area, Australia, on May 27. 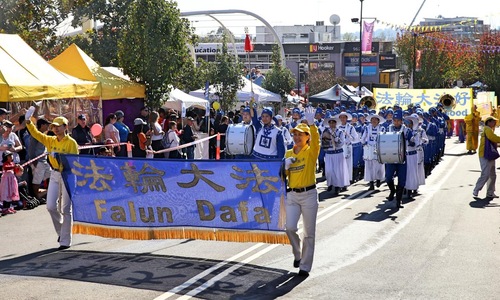 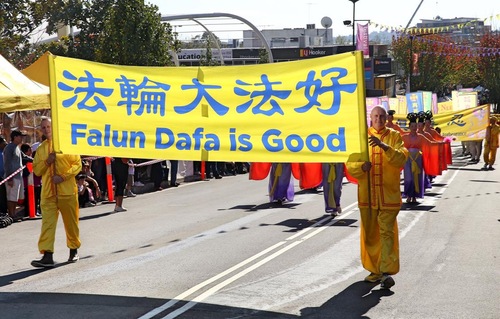 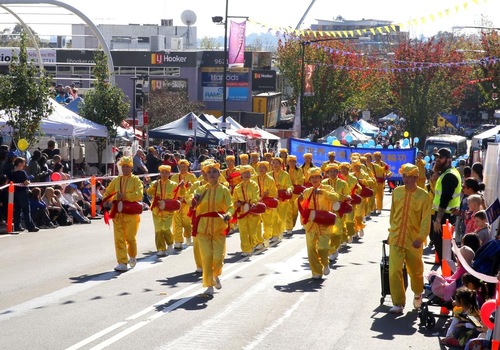 Over 70 community groups participated in the parade in the central business district of Blacktown. 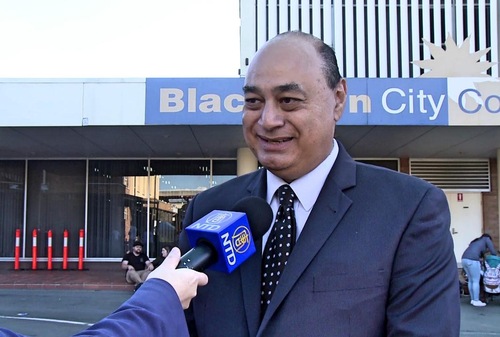 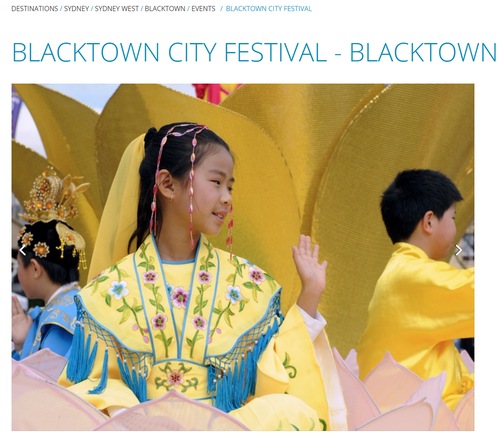 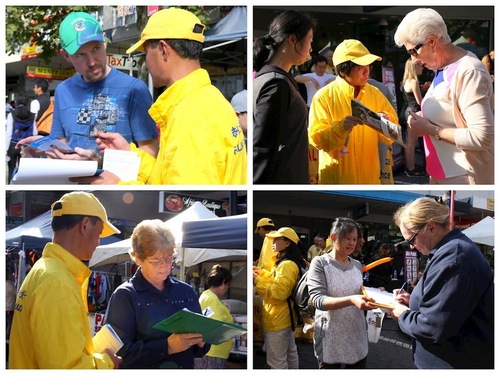 Raising awareness of human rights violations in China and collecting signatures to help those persecuted in China due to their beliefs. 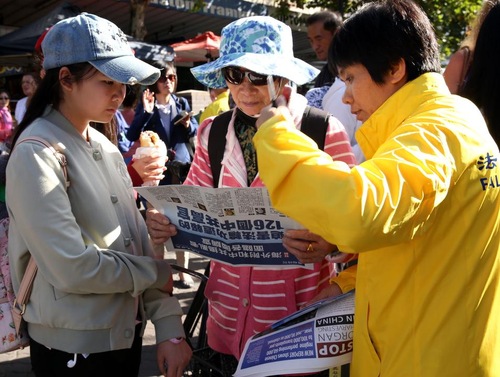 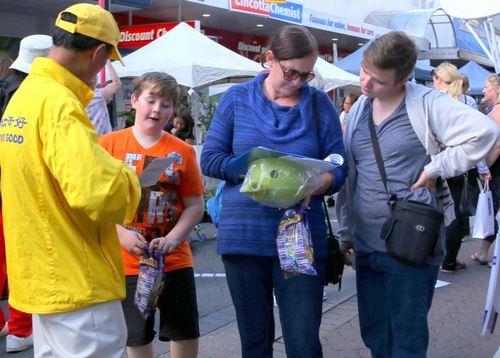 Practitioners set up a stand in the street fair after the parade. They talked to people about human rights violations in China, and how Falun Dafa practitioners are deprived of basic rights and even incarcerated because of their beliefs.

Ms. Liu Ling, an Australian citizen and Falun Dafa practitioner, told visitors how her mother and sister were arrested in March because they refused to give up their beliefs in Falun Dafa. They are currently detained in a brainwashing center in the Xi'an area of China.

Ms. Byers signed the petition urging Australian legislative representatives to help end the atrocities in China. She shook her head, “Terrible, terrible!” Her middle school son Dylan also offered his signature and said that he had heard about the persecution, including the killing of Falun Dafa practitioners on demand for their organs.

Another woman named Ms. Edwards signed the petition and said, as did many others, that she would contact her representative to urge him to express concern about the persecution in China.

““Learning Falun Dafa in Jail” and Another Short Story”