(Minghui.org) Falun Gong banners and posters have recently appeared along many main streets, crossroads, and other public spaces in multiple places in Beijing, Heilongjiang, Hebei, and Shandong Provinces, China. The banners speak of the goodness of Falun Gong and raise awareness of the Chinese Communist Party's (CCP) persecution, as well as the ongoing efforts to bring former dictator Jiang Zemin to justice.

Banners and Posters in Beijing Poster calling for the restoration of the innocence of Falun Gong and its founder. 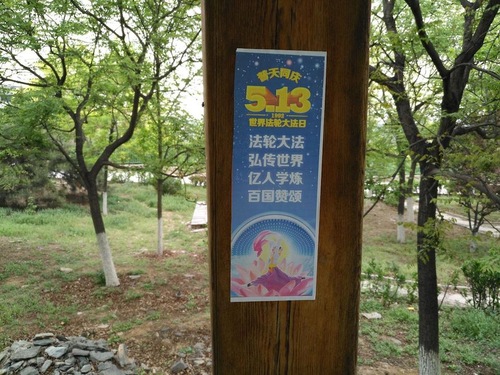 Poster about the worldwide spread of Falun Dafa. Posters on the gracefulness of Falun Gong. 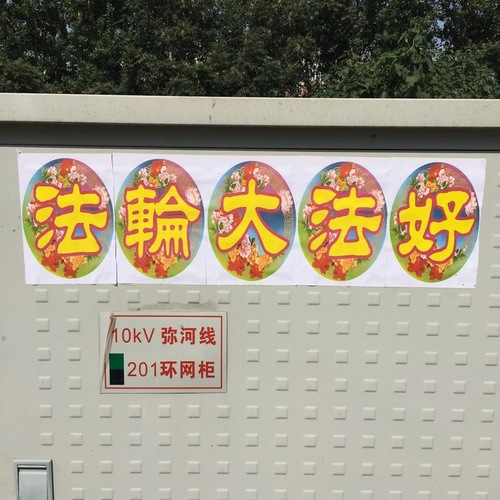