Why Young People Are Fascinated by Falun Dafa

(Minghui.org) Many people may think that meditation is more for older people who are worried about their health, and they have more time to practice. In fact, a large number of young people have chosen to practice Falun Dafa, because it improves health, reduces stress, and offers much more.

Below are stories of young men from New York who shared their experiences as they attended a Falun Dafa march on May 12, 2017. About 10,000 practitioners from over 50 countries participated in the event in Manhattan to celebrate the annual World Falun Dafa Day on May 13.

A New Understanding of Life 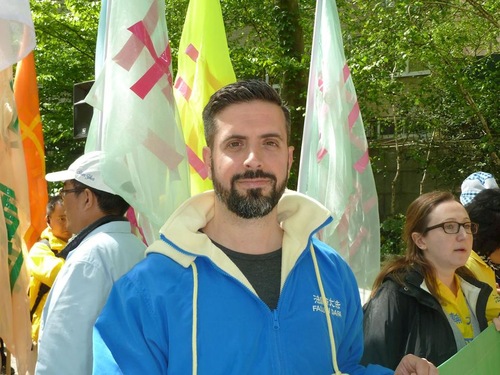 Robert, 36, is in charge of graphic design for a newspaper in New York City. “When I was a teenager, I read some books about Daoism and was really excited about it. From that time on, I was hoping to find something that could lead me in that direction.”

But life was not as simple as he had expected. Like many teenagers, he often experienced depression. Later, he went to an art institute to pursue a degree in painting. “There were all types of people there doing all sorts of things, including drugs. I tried, but could not find what I was looking for,” he recalled.

“In summer of 2000, when I was 19, someone told me about Falun Dafa,” he said. In the book Zhuan Falun, he found answers to his questions and was glad to learn many things he had not thought about before.

Seventeen years have passed, and Robert said Falun Dafa has changed him in many ways. “Life is easier when you follow the principles of Truthfulness-Compassion-Forbearance,” he said. “I was no longer nervous, and life became less stressful.” Furthermore, he found that being tolerant and considerate of others gave him a new understanding of life.

His depression disappeared, and his relationship with his brother also improved. “My elder brother and I did not get along well. I did not like him, and he did not like me, either. So we often fought with each other.” It was the practice of Falun Dafa that made Robert unwilling to fight back. In the end, his brother also changed, and they became good friends.

Robert and his team have received many awards at work for their excellent performance. “I would give credit to the team members,” Robert continued. “Falun Dafa teaches me to be a humble person. I am no longer attached to fame and material interests, while in fact I have obtained much more than that.” 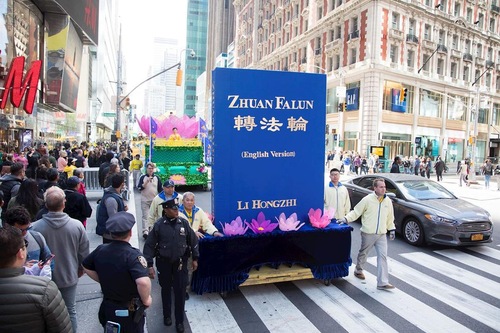 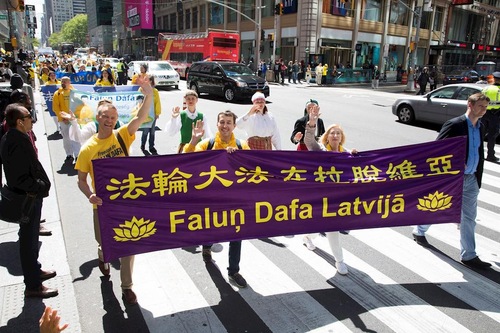 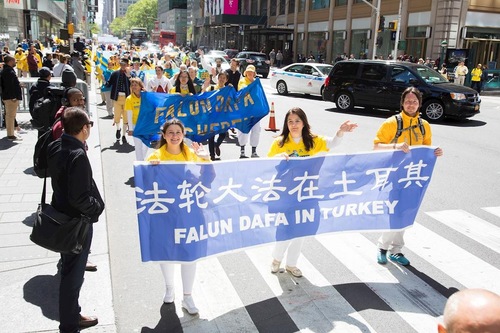 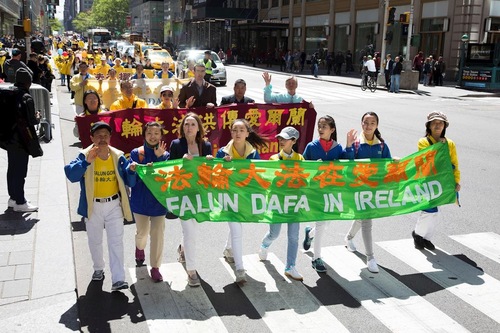 Practitioners from more than 50 countries participated in the march in New York on May 12, 2017. 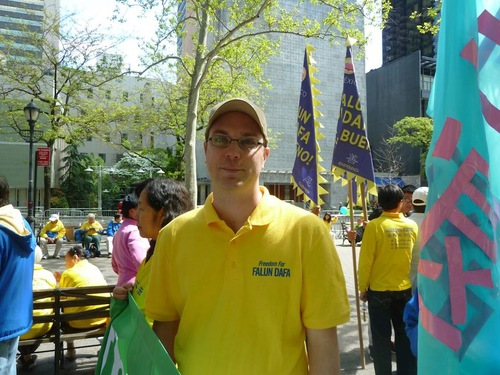 Dane, 33, said Falun Dafa gives him health and a positive attitude toward life.

Dane, a coworker of Robert's, was originally from Canada and has worked in New York for five years. “The first time I heard about Falun Dafa was 11 years ago, when I was 22,” he said.

It was a news report about Falun Dafa being suppressed in China. Curious about what it was all about, Dane searched online and began to read Zhuan Falun. “I came across various religions and spiritual systems in the past, but what was described in the book connected with me well ... This book explains things clearly and takes you to a higher level,” he said.

Not long after that, Dane stopped drinking alcohol and began to follow the principles of Truthfulness-Compassion-Forbearance. “I learned to be mindful of other people's feelings. In addition, when encountering conflicts, I began to look within instead of blaming others.”

Speaking of the suppression in China, Dane said he feels sad for Chinese people who have been influenced by the Chinese Communist Party's propaganda: “The Party made up lots of lies attacking and defaming Falun Dafa. I really hope they can calmly take a look at the facts of what Falun Dafa is about without prejudice,” he said.

“If this practice can improve my health and open my mind, I think others will like it, too,” he added.