(Minghui.org) May 13, 2017 is the 25th anniversary of Falun Dafa's public introduction, and the 18th annual World Falun Dafa Day. Falun Gong (also known as Falun Dafa) practitioners across the world are celebrating this anniversary with a variety of events, including parades, rallies, group exercise practice, and music and dance performances.

Over the course of these events, practitioners have also raised awareness of the Chinese Communist Party's (CCP) 18-year persecution of Falun Gong in China and have called for help in stopping the CCP's state-sanctioned organ harvesting from living Falun Gong practitioners.

In this report, we present recent activities from Japan and Sweden.

Falun Gong practitioners gathered in Hibiya Park on May 4, 2017 and held a grand parade to celebrate the 25th anniversary of Falun Dafa's public introduction. 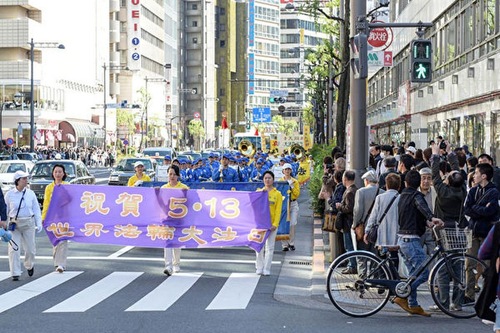 Falun Gong practitioners hold a parade in Tokyo, Japan on May 4, 2017. 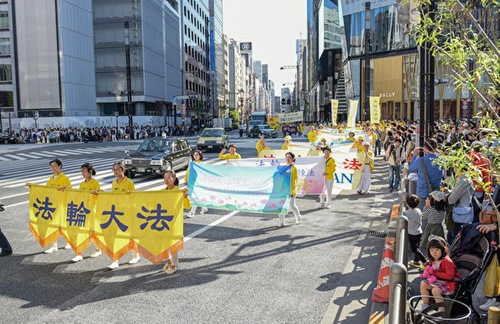 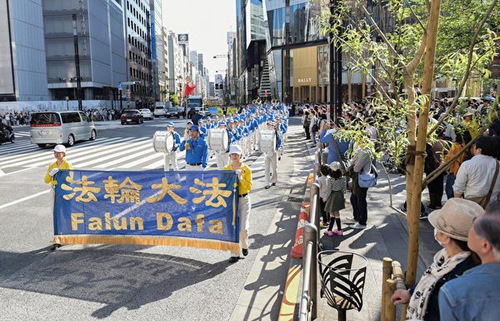 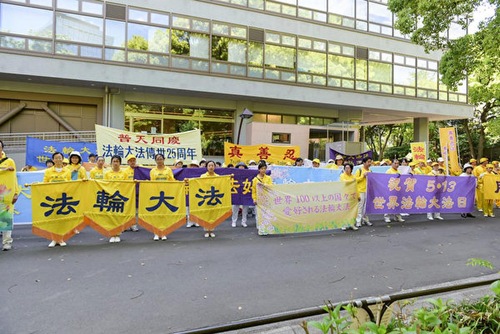 The parade started from Hibiya Park and passed along Ginza Avenue, among the busiest business areas of the world. Many tourists visit Ginza.

The Tian Guo Marching Band led the parade. The stirring music drew the attention of large numbers of tourists and other passers-by, who stopped to watch. Many people showed their support by applauding warmly as the parade marched by.

Falun Gong practitioners in South Sweden held an event near a major shopping center in Malmo, the third largest city in Sweden, where they introduced Falun Gong and raised awareness of the brutal persecution in China. 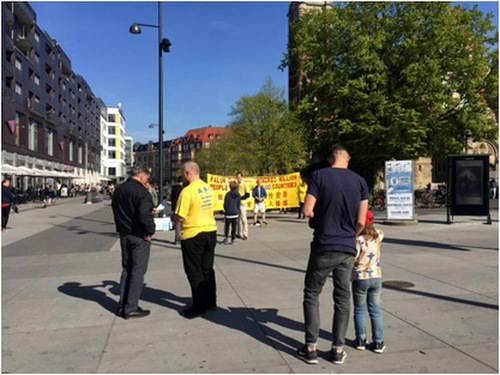 Distributing flyers to passers-by and introducing Falun Gong in Malmo. 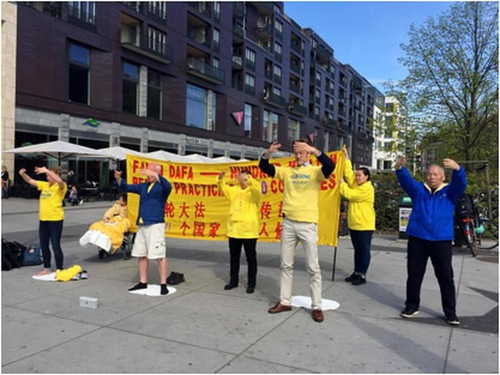 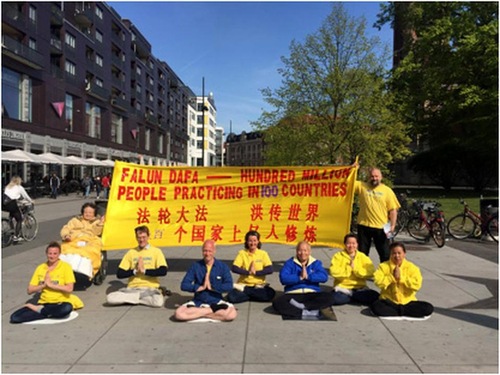 Group photo of practitioners at the World Falun Dafa Day event in Malmo.