May 13 marks the 25th anniversary of Falun Gong's public introduction. Today, 100 million people in over 100 countries have benefitted from Falun Dafa’s principles of Truthfulness-Compassion-Forbearance. 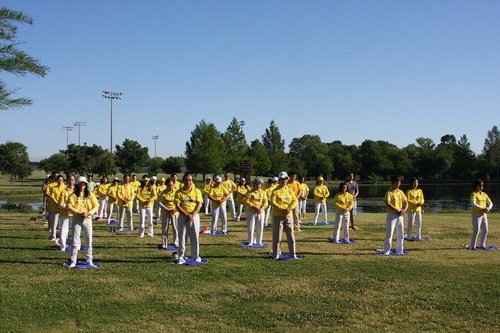 Falun Gong practitioners in Dallas do the exercises together in Russell Creek Park. 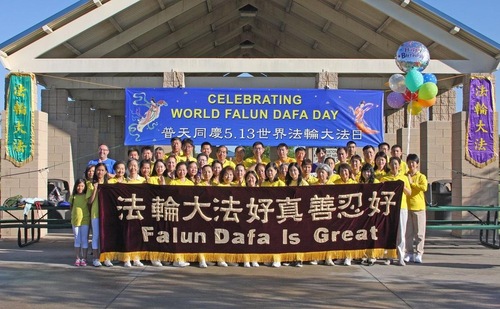 Falun Gong was introduced to the Dallas area in 1996 by several people who had learned it in Houston. Over the past 21 years, people of different ethnic groups have started to practice it, in spite of the fact that the Chinese Communist Party persecutes its practitioners in China, and the number of exercise sites has grown to five.

Some practitioners said that Falun Dafa's principles had helped them understand what life was all about, while others commented on its powerful health benefits. They all expressed their deep gratitude to compassionate Master.

Many people stopped to find out about this beautiful exercise. Some learned it right away, while other took informational flyers. They couldn't believe that such a peaceful practice was being persecuted in China. After hearing about the Chinese Communist Party's forced organ harvesting from living practitioners, they expressed their condemnation and signed a petition calling for an end to the atrocity.

Falun Gong practitioners in Seattle gathered in Westlake Park on May 7 to celebrate World Falun Dafa Day and Master's birthday. Their group exercises and display boards attracted the attention of many who took stopped to find out about Falun Gong and the persecution in China. 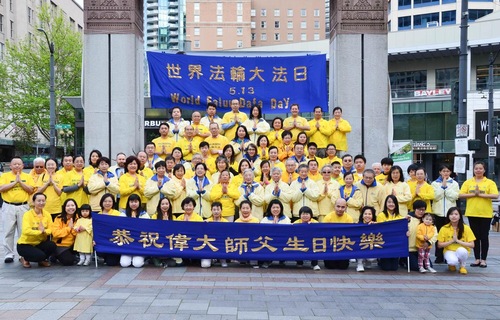 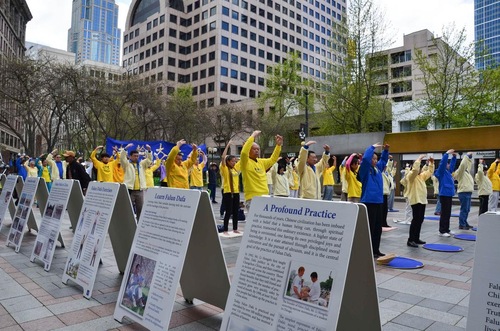 Many people condemned the Communist Party's forced organ harvesting from living Falun Gong practitioners. Without hesitation, they signed the petition calling for its end. An Asian man showed great interest in Falun Gong and said he would definitely want to learn it. An elderly gentleman said he had signed the petition last year and still had the paper lotus flower that practitioners had given him then.

“Ottawa, Canada: Press Conference in Parliament to Request the Release of a Canadian Falun Gong Practitioner Detained in Beijing”