Cities in the U.S. and Canada Recognize Falun Dafa Day with Proclamations

(Minghui.org) May 13, 2017, is the 25th anniversary of Falun Dafa's public introduction and the 18th World Falun Dafa Day. Many cities in the U.S. and Canada have issued proclamations declaring this May 13 “Falun Dafa Day.” St. Petersburg, Florida; O'Fallon, Missouri; and Bon Accord, Canada, are featured below.

Mayor Rick Kriseman of St. Petersburg, Florida, issued a proclamation that took note of the fact that “Falun Dafa has demonstrated a steadfast commitment to improving health in mind, body, and spirit, and enhancing the well-being of people from all walks of society who follow its tenets.” 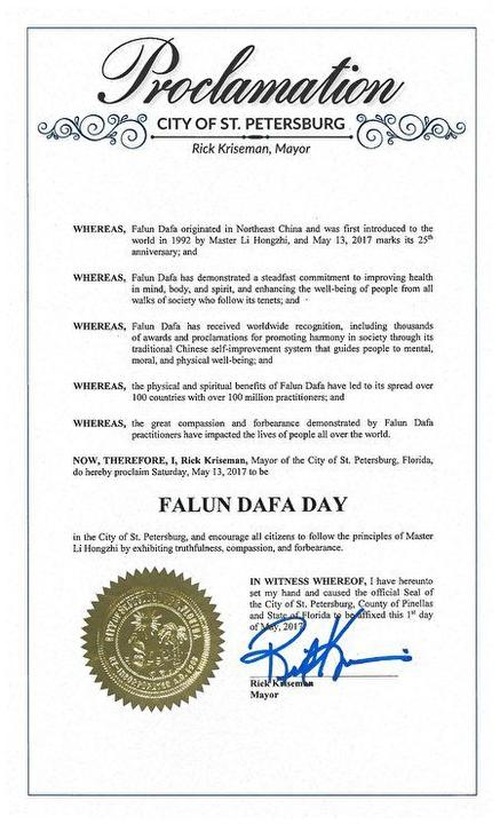 The proclamation also noted that “Falun Dafa has received worldwide recognition, including thousands of awards and proclamations of promoting harmony in society through its traditional Chinese self-improvement system that guides people to mental, moral, and physical well-being.”

May 13 Is “Falun Dafa Day” in O'Fallon, Missouri 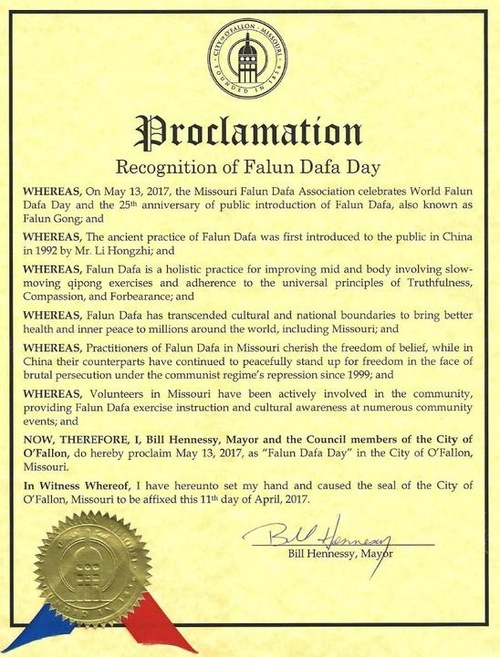 In part, the proclamation stated, “Falun Dafa has transcended cultural and national boundaries to bring better health and inner peace to millions around the world, including Missouri.”

“Practitioners of Falun Dafa in Missouri cherish the freedom of belief, while in China their counterparts have continued to peacefully stand up for freedom in the face of brutal persecution under the communist regime's repression since 1999.”

Mayor Randolph Boyd of Bon Accord, Canada, proclaimed May 13, 2017, “Falun Dafa Day,” recognizing that “The physical and spiritual benefits of Falun Dafa have led to its spread through 114 countries with over 100 million practitioners.” 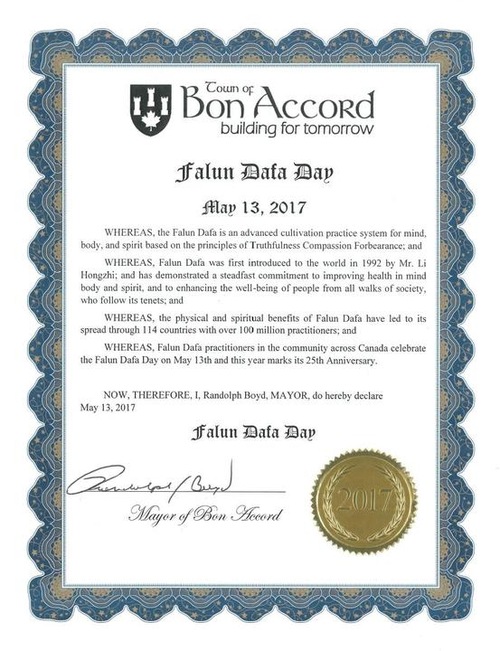