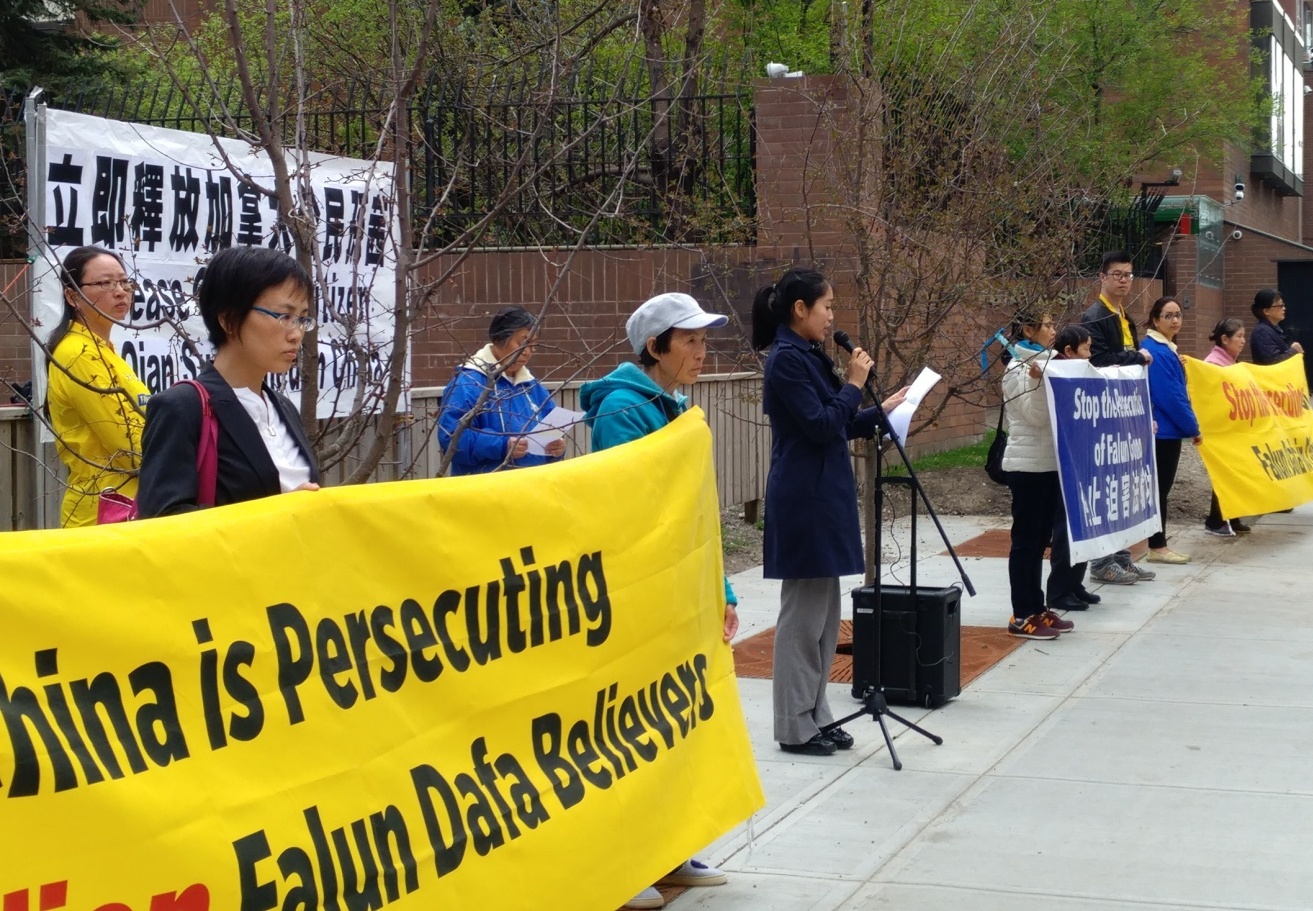 Ms. Sun Qian, 51, grew up in China and became a Canadian citizen in 2007. She was arrested on February 29, 2017, at her residence in Beijing, where she established a biochemical firm called Beijing Leadman Biochemistry Co.

More than 20 police officers broke into her apartment in Beijing on February 19 and arrested her. Officers also confiscated her Falun Gong books, computer, cell phone, and other belongings. She is held at the No.1 Detention Center in Beijing.

Practitioners at the rally condemned the unlawful arrest. A practitioner read out an open letter from Sun's mother, Li Xiuyun, who expressed her worry for her daughter's safety and called on the Canadian government, media, and all circles to help rescue Sun.

Many passersby expressed their sympathy for Sun and other practitioners in China being persecuted.

Related report:Canada’s “Newspaper of Record” Reports on Plight of Citizen Detained in Beijing for Her Faith in Falun Gong