(Minghui.org) In conjunction with worldwide celebration of World Falun Dafa Day and the 25th anniversary of Falun Dafa's introduction to the public, practitioners in Boston and St. Louis held activities on May 6, 2017 to celebrate the special occasion. They also respectfully wished Master Li Hongzhi, the founder of Falun Dafa (also known as Falun Gong) a happy birthday, which is on May 13. 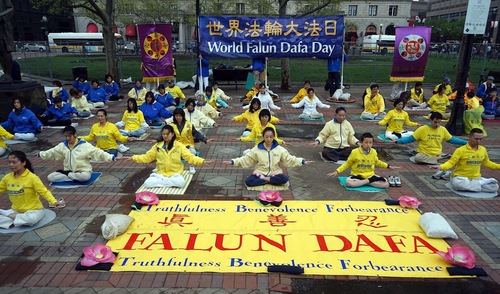 Practitioners in Boston held a series of activities on Copley Square. They did the Falun Dafa exercises in a large group, and introduced Falun Dafa to the public to display the beauty of Falun Dafa and express their gratitude for Master Li's compassion. They also raised awareness of the persecution of this ancient spiritual practice in China and called for efforts to end the brutalities that have persisted for 18 years.

Many citizens showed interest in the peaceful exercises. Some followed along with the movements of the practitioners, and several learned the practice right then and there. Many people read the information on the display boards attentively. Several people remarked that they felt it hard to believe that practitioners of such a peaceful practice have been suffering persecution in China. They thanked practitioners for telling them the facts, while some said that they wanted to learn more about Falun Dafa. 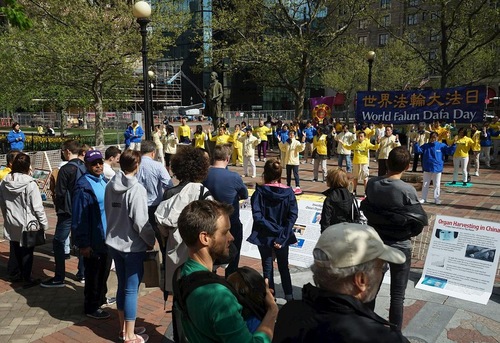 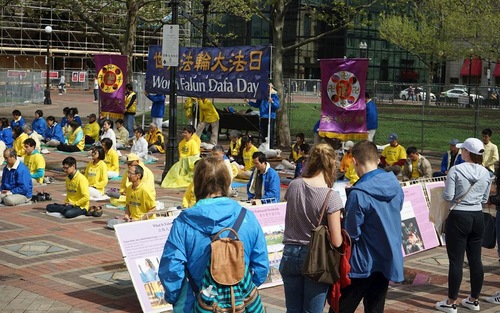 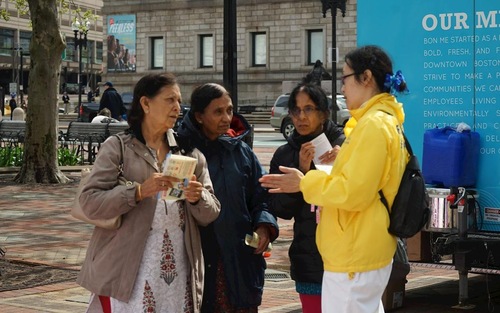 Talking with a practitioner about the practice of Falun Dafa. 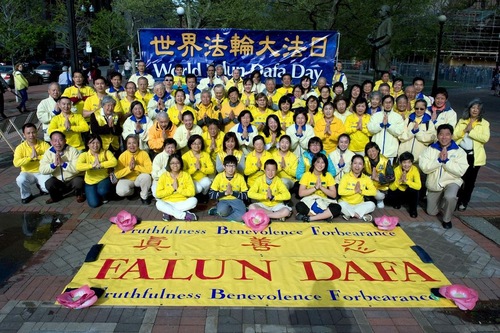 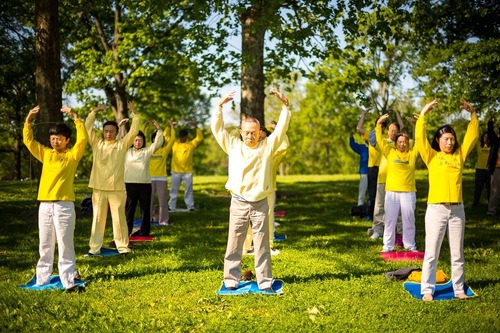 Practitioners in St. Louis did the exercises in Forest Park in the morning and held a small-scale experience sharing conference in the afternoon.

Among 18 practitioners who shared their experiences, one practitioner said that he has had more than a dozen illnesses cured through practicing Falun Dafa. He is now full of energy and works diligently daily.

Another practitioner talked about how she realized her shortcomings through practitioners' reminders, and became considerate of others.

A mother and son, both practitioners, discussed how they found their attachments through looking within. The mother's serious illness quickly improved as a result.

Practitioners attending the conference said that they benefited from the practitioners' sincere sharing. Each practitioner's cultivation story is a precious experience, which serves as a reminder for everyone to be more diligent and to do better in their own cultivation practice.