(Minghui.org) Falun Gong practitioners from Finland and Sweden held a peaceful protest in front of the Finnish president's residence and the Chinese embassy in Helsinki on April 4-6.

The protesters called upon the visiting Chinese president Xi Jinping to end the persecution and bring former communist head Jiang Zemin to justice for his role in the persecution. 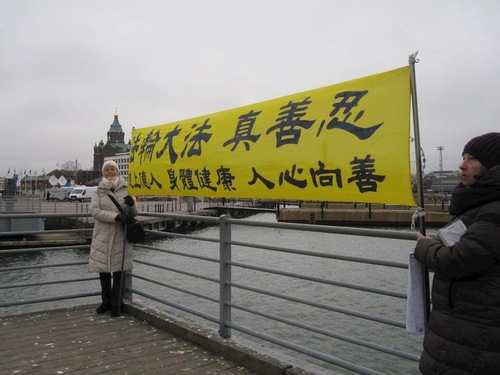 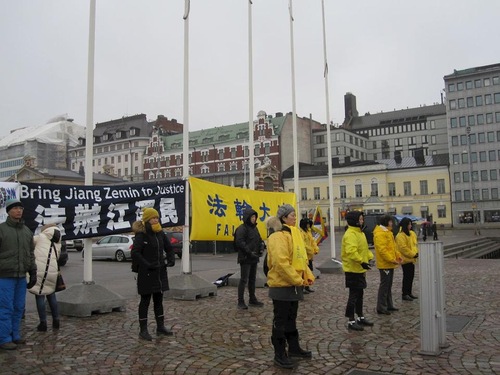 Dr. Li Qiangbing, spokesman for the group, said, “We hope that Xi Jinping will bring Jiang Zemin to justice.”

Another practitioner, Chen Li, said, “I was jailed and tortured because I refused to give up my belief. I hope Xi will end the persecution and restore the peaceful environment for people in China to practice their belief.”