North America: “Shen Yun is Bringing the Divine to This World”

(Minghui.org) The New York-based Shen Yun Performing Arts performed 22 shows in seven cities in the United States and Canada on February 28 through March 5, 2017. Venues filled to capacity were common, and descriptive words such as “extraordinary” and “inspiring” were frequently heard in the interviews. 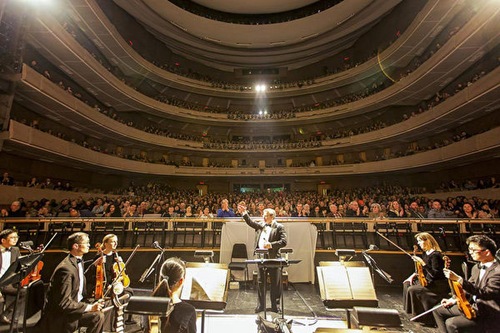 Shen Yun performance at the Four Seasons Center for the Performing Arts in Toronto, Canada on February 28. 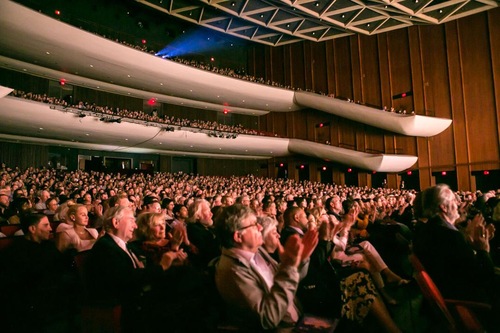 Performance by Shen Yun's North America Company at the Chrysler Hall in Norfolk, Virginia on March 1. 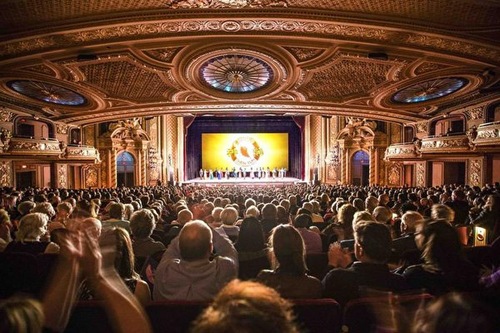 Curtain call by the World Company at the Boch Center Wang Theater in Boston, Massachusetts on March 4. 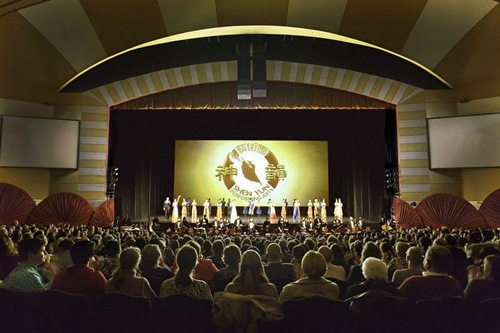 Shen Yun's Touring Company at the Milwaukee Theater in Milwaukee, Wisconsin on March 5.

Member of Parliament: “Spectacular” and “Wonderful” 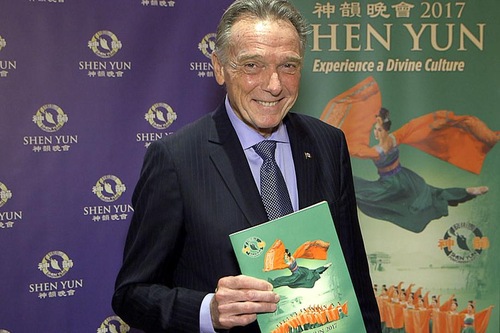 Peter Kent, Member of Parliament and former cabinet minister, at the Shen Yun performance in Toronto, Canada on February 28.

“I think this entire program inspires people to think of traditional values,” said Peter Kent, a Member of Parliament and a former cabinet minister of Canada.

“There are many lessons that we can learn today from ancient times, from the Land of the Divine,” Mr. Kent noted.

“The dancers are spectacular in their movements. The costumes are very bright and always new. The orchestra is wonderful and powerfully supportive of the dance,” he said.

Former City Councillor: “Bringing the Divine to This World” 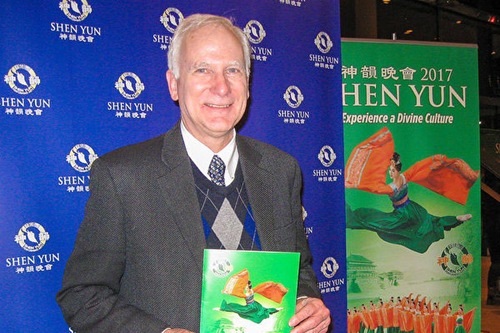 John Parker, former Toronto City councillor, at the Four Seasons Center in Toronto on March 1. He attends the performance every year.

“It is always an uplifting experience,” said Former Toronto City councillor John Parker, who attends the performance every year. “It is genuinely inspiring.”

“There is an optimism, a happiness, a joy that comes across in every performance, every individual, every segment of the show. That is what comes across to me every time—just an absolutely joyful delight,” he said.

“Without overstating it, it is an experience of bringing the divine to this world, and it is in the costumes, in the fabrics, the colors, in the spirit of the show, in the smiles on the faces, and the beauty of the performances,” he added. 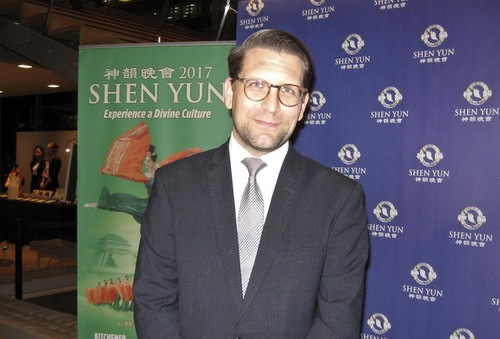 Alexander Neef, general director of the Canadian Opera Company, at the Shen Yun performance in Toronto on March 2.

“I’m so impressed by the skill of the dancers. It’s really quite extraordinary,” said Alexander Neef, the general director of the Canadian Opera Company.

“You feel that there is compassion - It all has purpose, and I like that very much,” he added. 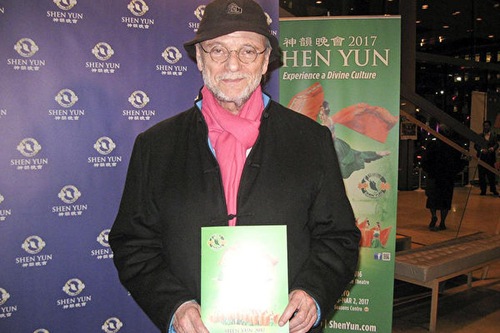 Moses Znaimer, founder and CEO of ZoomerMedia, at the Four Seasons Center in Toronto on March 2.

“Exceptional... The magnificence of the projection and the new technology behind that,” said Moses Znaimer, founder and CEO of ZoomerMedia.

“The spectacle is so strong... The costumes, the movements, the beauty of the women, and the fabulous elevation of those jumps the men are able to do,” Mr. Znaimer said.

“A Force of Its Own” 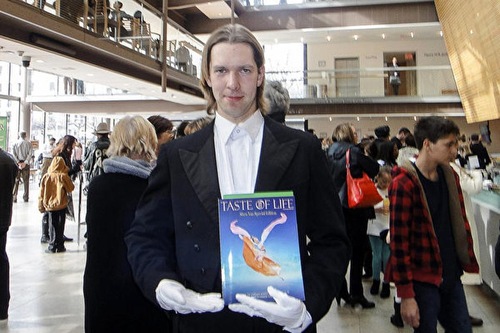 “This has a life, a spirit, a philosophy, and a force of its own,” said Joseph Sebok, an amateur actor, musician/singer, and dancer.

“The orchestra and the music are phenomenal. They not only get their notes and hit their notes, they strike their notes... They somehow can strike a chord actually from within,” he noted.

“It’s from the most ancient of melodies to the most modern of songs. It’s like you are hearing either a pulse, or a string, or a bloodline of a culture that was [once] forgotten but that just refuses to be obscured or be left in the dust of time,” Mr. Sebok said. 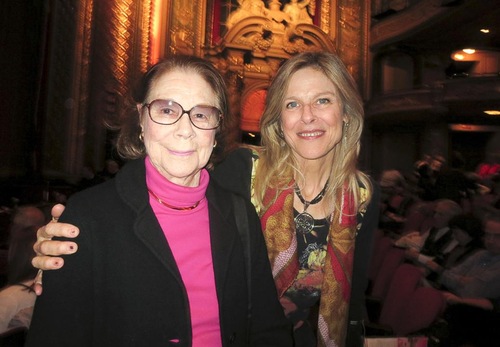 Professional musician Elisabeth Cutler (right) and her artist friend at the Boch Center Wang Theater in Boston, MA on March 4.

“It makes me curious of the Chinese culture, with truth and love and compassion,” said professional musician Elisabeth Cutler. “It’s a very rich culture.”

“We’re really enjoying the music, and the color, and the movement, and such an attractive cast. The costumes and colors are fabulous,” Mr. Cutler said.

“The orchestra is so precise and perfect,” she added. 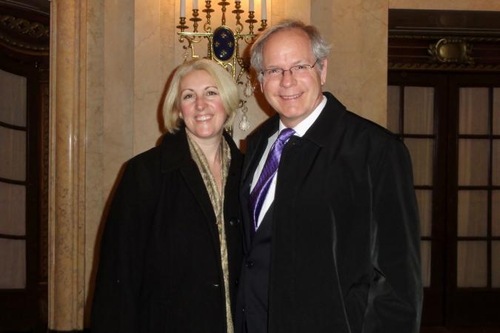 Tom Bishop, company owner of Bishop MedTech Consultants, with his companion at the Shen Yun Performance in Boston on March 5.

“Phenomenal coordination, grace, and beauty all rolled into one,” said Tom Bishop, owner of Bishop MedTech Consultants. “It was very inspirational.”

“I think the culture and the history and the dancing was fantastic. The music was amazing,” Mr. Bishop said. 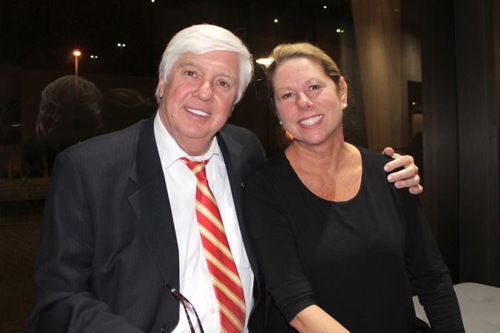 Morgan Davis, president and chief banking officer at Towne Bank, with his wife Sherry at Chrysler Hall in Norfolk, VA on March 1.

Shen Yun will continue its North American tour with upcoming performances in Rosemont, IL on March 10–12, Las Vegas, NV on March 10–12, and Worcester, MA on March 11–12. For more information on tickets and dates, please visit http://shenyun.com.