(Minghui.org) The Tian Guo Marching Band performed in the St. Patrick’s Parade in Ottawa on March 11. It was the seventh time the band, composed of Falun Dafa practitioners, was invited to perform at the annual event.

Practitioners from Ottawa and Montreal performed six pieces during the parade and earned warm applause from spectators.

The two-hour parade proceeded from City Hall to Lansdowne Park. One of its organizers, Bryan Daly, said the performance was superb, adding, “It is great music with excellent synchronization.” 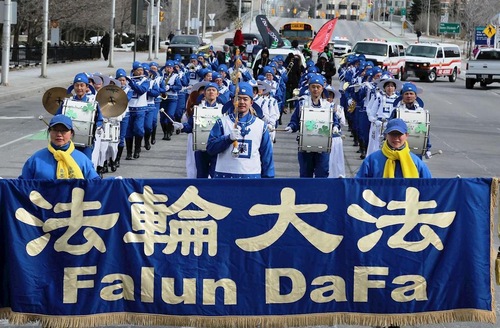 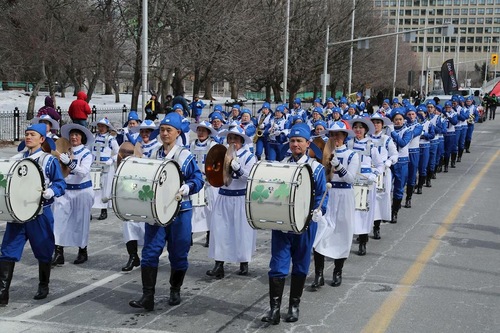 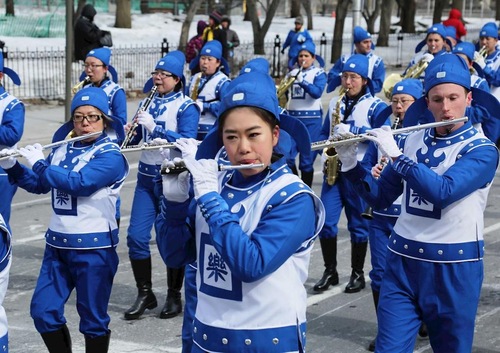 Mayor Jim Waston heard practitioners' rehearsal in City Hall before the parade. He said he was glad practitioners could make it on such a cold day, which saw a record-breaking low of -18ºC (0ºF) along with wind chill.

Ronald Cutbill from the local Irish community heard the performance in both City Hall and during the parade. He gave a thumbs-up to the practitioners and said he was mesmerized by their talent.

Marc, who watched the parade with his family, said, “The performance is great, the costumes are beautiful, and everything is fantastic.”

“Hepatitis B Gone after I Started Practicing Falun Dafa”

“Advice to Those Who Are Manipulated into Becoming Spies”