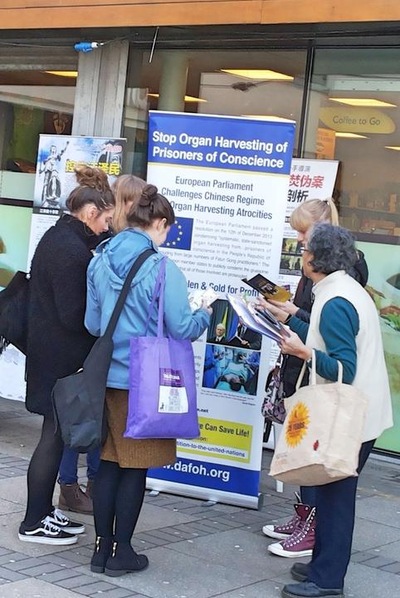 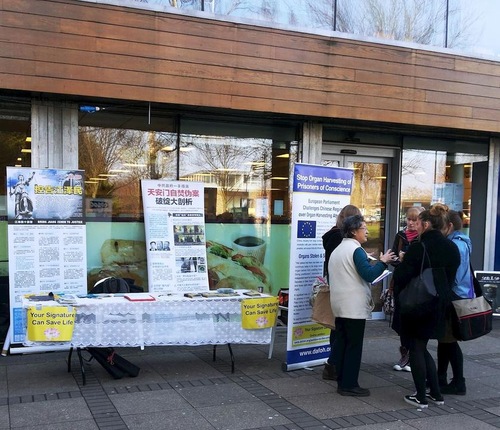 Students at the University of Dundee learn about the CCP's live organ harvesting from Falun Gong practitioners.

The practitioners set up an information table and distributed flyers to students and teachers. They also collected signatures calling for a stop to the CCP's atrocities.

The information table was set up in front of the Union Building, a major gathering spot on campus. A number of students took flyers when passing by and returned later to sign the petition against the CCP's live organ harvesting.

The president of the local Dundee Group of Amnesty International said that he'd read about the CCP's persecution of Falun Gong and noted the severe human rights violations.

Over the two days of the practitioners' awareness-raising event, 340 students and teachers signed the petition against the CCP's live organ harvesting. Several Chinese students also renounced their membership in the CCP and its affiliated organizations.

“A Book Published in 40 Languages”