(Minghui.org) Shen Yun Performing Arts kicked off its 2017 Asia Tour on January 26 at the ROHM Theatre Kyoto in Kyoto, Japan. The company presented seven sold-out shows in three major cities in Japan from January 26 to February 2. 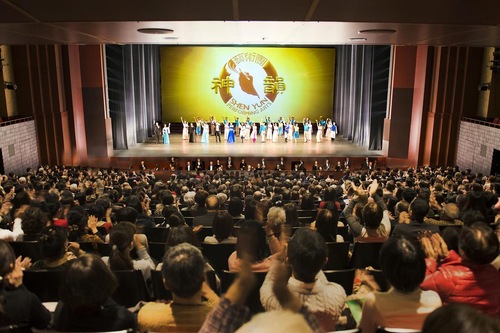 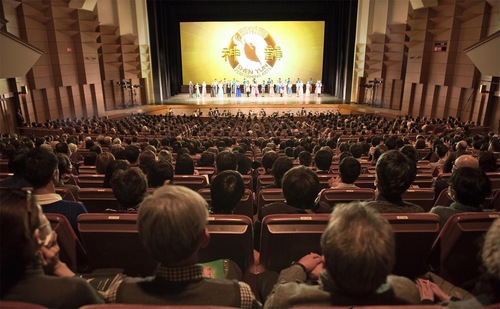 Curtain call at the Bunkyo Civic Hall in Tokyo, Japan on January 30, 2017

“My Dormant Heart Was Jolted Back to Life” 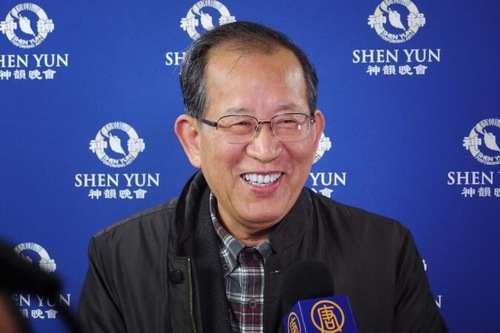 Giyichi Yokoi, chairman of a company in Japan, at the Aichi Prefectural Art Theater in Nagoya on Febuary 2, 2017

“My dormant heart was jolted back to life,” said Giyichi Yokoi, chairman of a company in Japan. “Shen Yun has made me enlighten to the fact that we must treasure every day, and know why we are alive.”

“I want to say thanks to this group. It is so outstanding and I often shed tears during the performance,” he added. 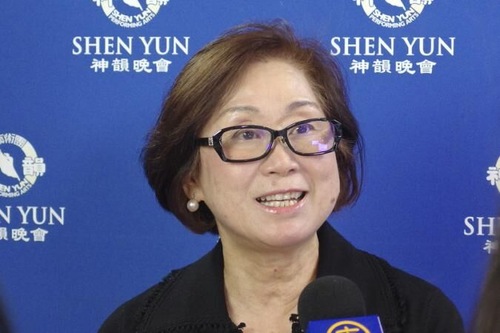 Yuriko Takeyama, former member of the House of Representatives of Japan, at the Bunkyo Civic Hall on January 30, 2017

“Each piece of the program was truly exquisite,” said Yuriko Takeyama, former member of the House of Representatives of Japan.

“Shen Yun condensed the Chinese history of 5,000 years, and then interpreted it through performers with superb skills,” she said.

“Shen Yun extracted the most distinctive essence from the long history, and adapted it into a magnificent program,” Ms. Takeyama added. 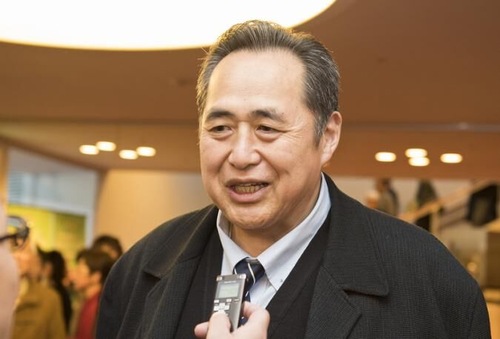 “This is indeed a performance that will leave an indelible impression on my mind,” said renowned sumo wrestler Yasushi Onokuni, head of Shibatayama Stable.

“Every dancer’s movements and gestures are so delicate and graceful,” Mr. Onokuni noted. “Every scene of the landscape and the settings made me feel the broadness and profoundness of the Chinese culture.”

He added, “It conveys the elements of Chinese traditions to us in the form of arts. It’s indeed truly remarkable." 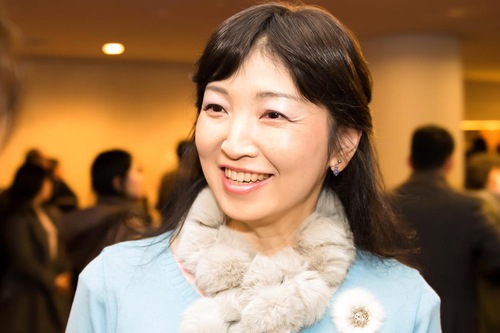 Playwright Misako Ohashi at the Bunkyo Civic Hall in Tokyo on January 31, 2017

“I was truly touched by the dancers’ perfect bearing and skill,” said playwright Misako Ohashi. “I feel very fortunate.”

“The performance and music presented by Shen Yun today is truly superb. It was all very enjoyable. The stories are really fascinating too, as if we were taken to a paradise,” she added.

“A Greater Power Coming from Above” 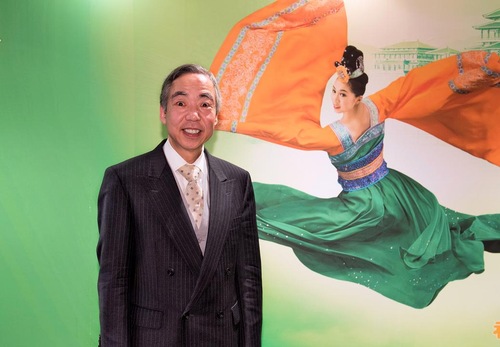 Hotoku Nakazawa, director of the Hyogo Prefecture Religious Federation, at the ROHM Theater in Kyoto on January 27, 2017

“I sense a greater power coming from above and how it goes to every cell in my body and becomes part of my body,” said Hotoku Nakazawa, director of the Hyogo Prefecture Religious Federation.

“I realize the meaning of Shen Yun’s global tour. I believe people around the world can all resonate with what I feel. I do look forward to the future,” Mr. Nakazawa said.

“We Blaze Our Own Path in Cultivation”