(Minghui.org) A retired nurse in Nanchang City was tried on November 28, 2016, following her 8th arrest for refusing to renounce Falun Gong, a spiritual discipline being persecuted by the Chinese communist regime.

Ms. Xiong Meiying, 68, was last arrested on September 23, 2016. The Xinjian District Court didn’t inform her family of the trial until hours before she was brought to the courtroom. Only her eldest son was able to attend. 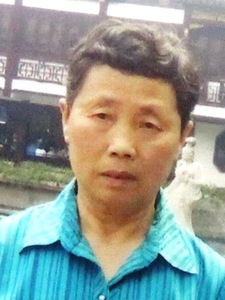 Ms. Xiong was not allowed to testify in her own defense. The hearing ended in 10 minutes. It’s unclear when the judge will issue a verdict.

Ms. Xiong credits Falun Gong for curing her frequent and unexplained fainting. She often passed out without any warning, but her symptoms disappeared not long after she took up the practice of Falun Gong in 1998.

She became a target after the persecution of Falun Gong began in 1999. Prior to her latest arrest, Ms. Xiong had been arrested seven times for her faith and once served one year of forced labor. Below is a timeline of her ordeal: