(Minghui.org) “Right now, without free and independent inspection, there is no evidence that China has actually put an end to the cruel and illegal practice of forced organ harvesting, particularly from Falun Gong practitioners, and also Christians and other prisoners of conscience,” stated Italian Senator Maurizio Romani, vice president of the Health Commission during a press conference on February 7.

The press conference was held during the Summit on Organ Trafficking and Transplant Tourism, hosted by the Vatican's Pontifical Academy of Science (PAS) from February 7 to 8.

“China Is Trying to Use the Vatican to Cover [its] Crimes”

The meeting was in response to former Chinese Health Minister Huang Jiefu and organ distribution expert Wang Haibo being invited to speak at the summit. Huang has been involved in China's use of prisoners of conscience as a living organ bank, essentially a system of killing on demand to provide organs for transplantation surgeries. 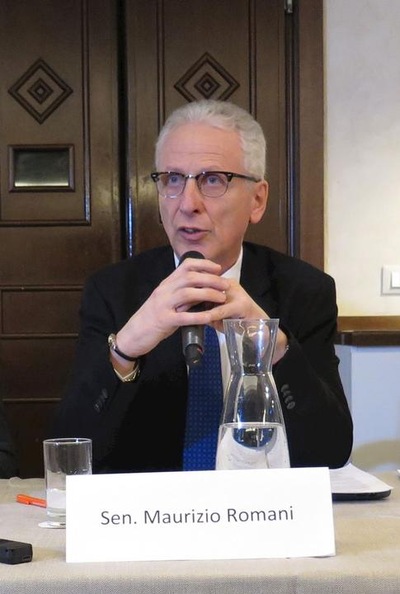 Italian Senator Maurizio Romani, vice president of the Health Commission, in a press conference on February 7, 2017.

Senator Romani said that Huang Jiefu has tried to cover up the widespread forced organ harvesting in China after numerous investigations have proven its existence. “Trying to deny the crime would be like trying to say that Nazism did not exist,” he stated at the press conference. As a surgeon and member of Doctors Against Forced Organ Harvesting ( DAFOH), he co-sponsored a law (No. 2937) that bans organ trafficking. The law passed unanimously in November 2016. He said Italy was not the first country that has passed similar legislation. But nonetheless, he emphasized that much more effort is needed to stop the organ harvesting atrocities in China.

“China is trying to use the Vatican to cover the crimes of forced removal of organs,” reported la Repubblica, a major Italian newspaper. Citing a statement from DAFOH, it said there is no evidence that organ harvesting in China has come to an end, while inviting Chinese representatives to the summit “impairs the ability of the Summit itself to eradicate this modern form of slavery.”

Feedback from the International Community

Inviting Huang and Wang to the summit also drew criticism from medical experts and human rights advocates in other countries. Dr. Jacob Lavee, president of Israel’s transplant society, insisted that an “appropriate international body with the power” be allowed to conduct surprise inspections and interview donor relatives in China. “As long as there is no accountability for what took place ... there can be no guarantee for ethical reform,” reported Christian Times, quoting Dr. Lavee on the situation in China. 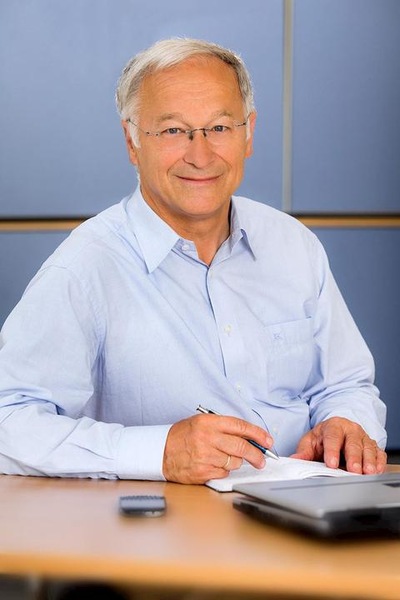 Martin Patzelt, German Member of Parliament and member of the Human Rights Committee, said that he and other German officials will continue working to resolve human rights issues in China, especially forced organ harvesting.

German Member of Parliament Martin Patzelt, who serves on the Human Rights Committee, said that the conference at the Vatican is an opportunity for world leaders to urge China to stop its unethical practice. He said that the European Parliament passed a resolution in 2013 calling for a stop to forced organ harvesting. More than half of Members of the European Parliament (MEP) co-signed Written Declaration (2016/WD48) in July 2016 hoping to end the state-sanctioned crime in China.

Nicholas Bequelin, East Asia director for Amnesty International, said that experts had cast doubt on Huang’s claims that China has outlawed the practice of taking organs from executed prisoners, in large part because the country has yet to develop an effective national donor program of willing participants. During an interview with The Guardian, Mr. Bequelin said that China did not adhere to World Health Organization recommendations on how doctors should determine whether a person is legally dead. “You will execute this person at this time on this day, because that is when the patient has to be ready,” Bequelin continued. “They have a need for organ transplants that far outpace the availability of organs.”

Several medical journals have published articles on the issue of China's organ harvesting. In an editorial published in the British Medical Journal on February 7, Wendy Rogers, Professor of Clinical Ethics at Macquarie University in Sydney, wrote that no new law or regulation has yet been passed in China banning the practice of harvesting organs from prisoners. “Nor have existing regulations permitting the use of prisoners’ organs been rescinded. Prisoners remain a legal source of organs if they are deemed to have consented before execution, thus permitting ongoing retrieval of organs from prisoners executed with or without due process,” she wrote.

After a study from China was published last year in Liver International, the official journal of the International Association for the Study of the Liver, medical processionals questioned the source of the 564 liver transplantations performed consecutively at Zhejiang University. After the author failed to provide evidence that these organs were from voluntary donors, the journal made the decision to retract the paper.

“The lack of transparency about organ sources in China is a mask of deception. The full scope of forced organ harvesting from Chinese prisoners of conscience remains unknown. The Vatican should not be misled by empty pledges of reform by an atheist government that persecutes its most devout citizens,” read a statement from DAFOH on February 6.