'No Rain Can Stop Them' – Falun Gong's Grand March in Brooklyn, NY

(Minghui.org) Around one thousand Falun Gong practitioners from the greater New York area held a grand march on Eighth Avenue in Brooklyn on February 12, the day after the end of Chinese New Year.

Despite the wind and icy rain, many locals watched the march. A Chinese woman said, “I am so touched by them. On such a cold, rainy day, their steps are still so coordinated and their performances are still so outstanding.”

“Falun Dafa is great!” a man next to her echoed. “No rain can stop them.” 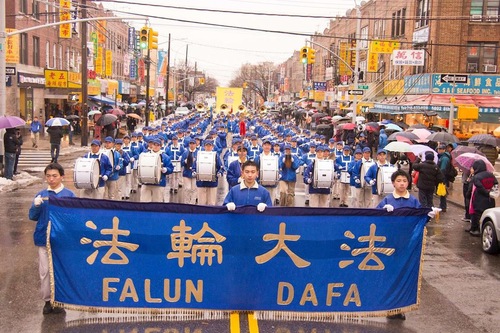 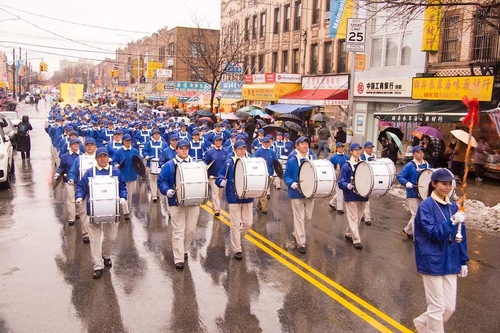 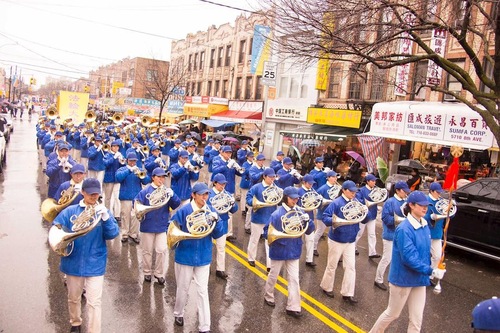 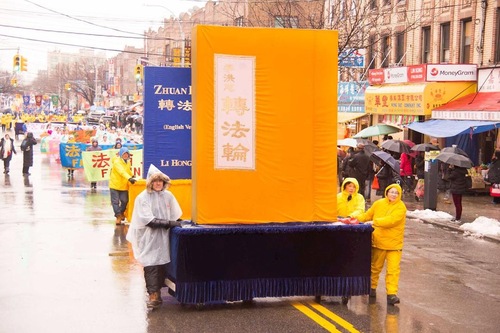 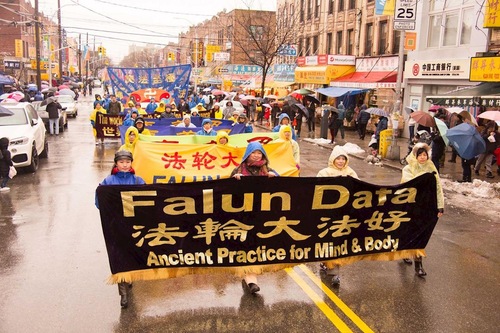 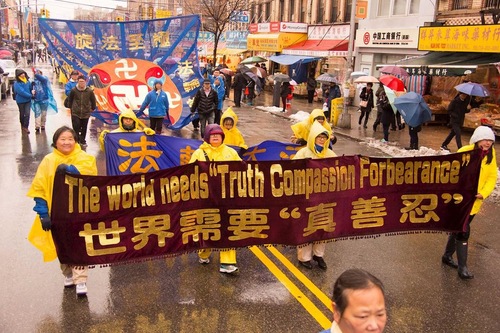 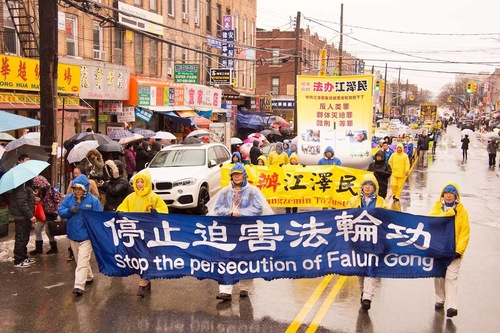 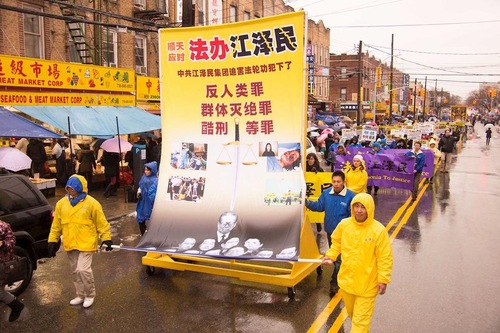 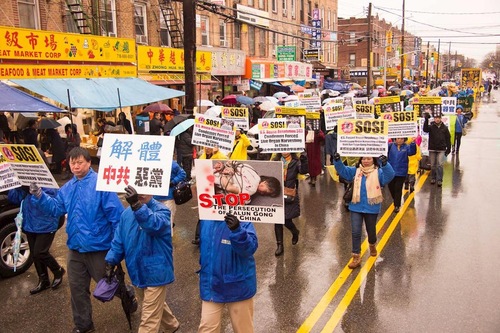 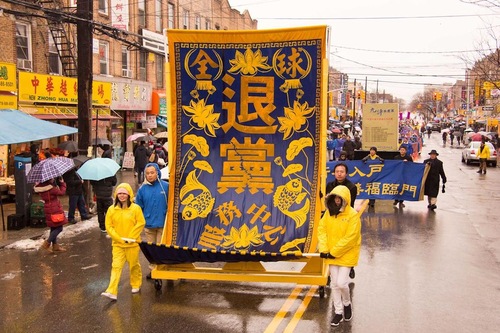 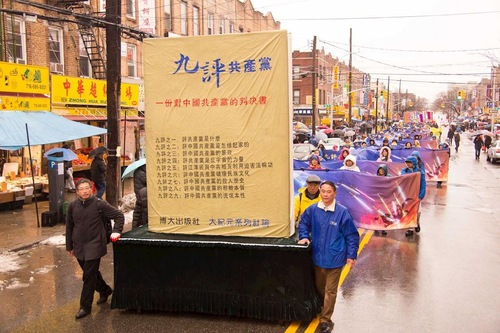 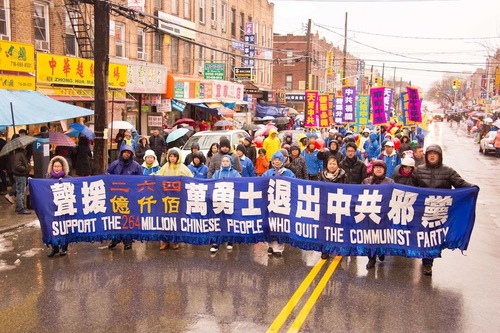 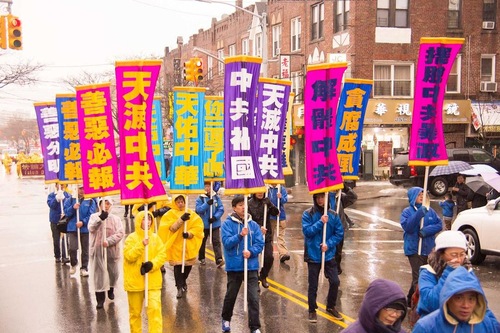 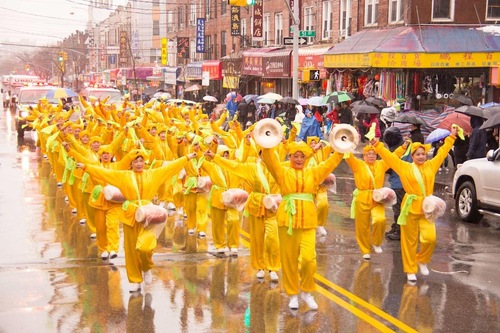 The march was split into three sections. The first, led by the practitioners' Tian Guo Marching Band, featured a large banner that read “Falun Dafa is Good” and a giant model of Zhuan Falun (the main book of Falun Gong). Practitioners in fairy costumes displayed traditional Chinese lanterns with the words Truthfulness, Compassion, and Forbearance–the main teachings of Falun Gong.

The last section supported the 260 million Chinese citizens who have renounced their memberships in the Communist Party.

“I've witnessed the growth of the Falun Gong group. Their march is getting larger and larger every year,” one Chinese man said. “Through this march, I can tell that Falun Gong is welcomed by the American people and the Chinese in New York.”

Yi Rong, the organizer of the march, said, “Compared to what the practitioners in China have endured, the suffering we had today in the weather is nothing. In the 17-year-long persecution, we have walked through wind and rain.”

“Falun Gong has spread to more than 100 countries in the world. It is truly the pride of Chinese people. We want to bring the beauty of Falun Gong to the Chinese and Americans in Brooklyn,” Yi Rong added.