(Minghui.org) Falun Gong practitioners from Poland’s capital of Warsaw visited the city of Poznan on November 25 and 26 to introduce the peaceful spiritual practice to local residents there. They gave out all 2,000 fliers on the first day and taught the exercises both days.

They also talked to people about the persecution of Falun Gong in China and collected signatures on a petition demanding that the Chinese regime stop the persecution, which even includes state-sanctioned organ harvesting from living practitioners who have been incarcerated for their faith. 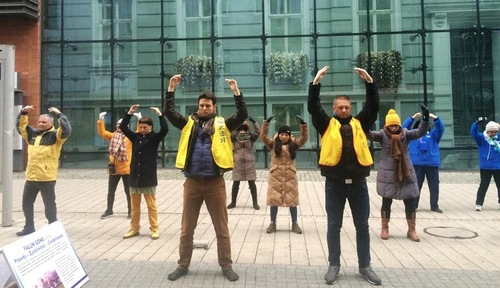 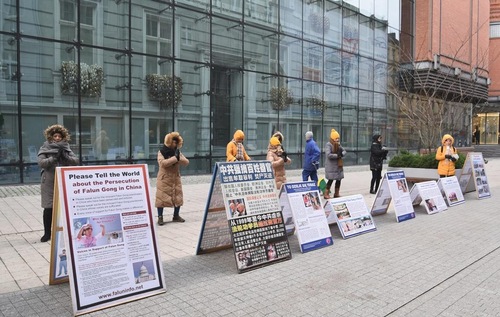 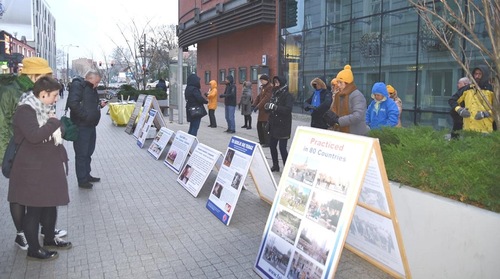 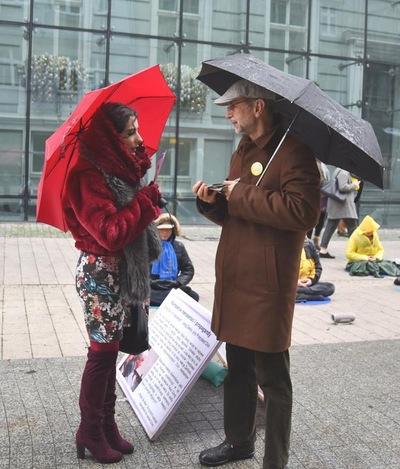 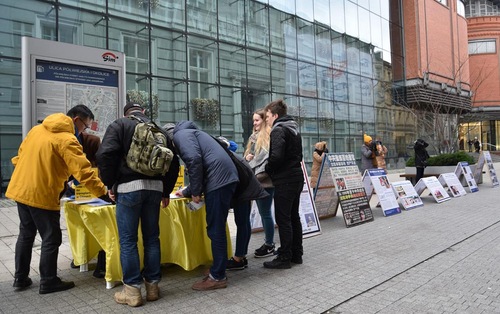 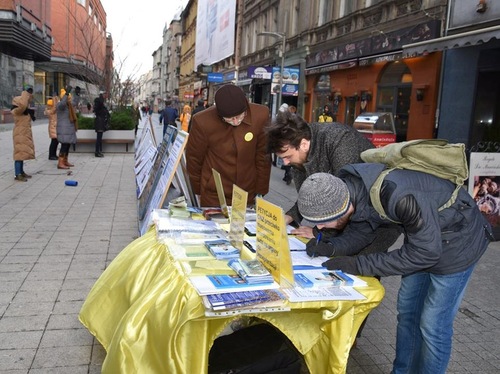 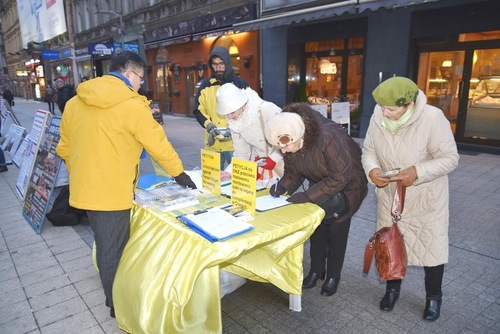 On the 25th, people passing by were drawn to the intriguing music and the graceful exercises the practitioners were doing. After hearing about the persecution, many signed the petition and some imitated the practitioners’ movements to learn how to do the exercises.

The next day, even before the practitioners had set up their table, people were already waiting to sign the petition. One of them said, “We welcome the principles of Falun Gong, Truthfulness-Compassion-Forbearance. This is what the world needs to become a better place. I don’t understand why the Chinese regime suppresses it and kills so many good people. I support Falun Gong and think that God will punish the Chinese regime.”

Konrad Grot, who lives in Poznan, joined the practitioners to do the exercises after he signed the petition. Seven years ago he'd read Zhuan Falun, the main book of the practice, in one day.

He said, “It opened up my horizons and I knew that I had come across a very precious thing. I studied and did the exercises on my own for six months, but I eventually gave it up because of my busy work as a chef. A year ago I started to do the exercises again. I just couldn’t let it go, knowing that it is such a great practice.

“I hope you come here often so we can do the exercises together. It’s important that people know about the persecution. Please send me some fliers and the petition so that I can collect signatures when I have days off. I may find more people to practice with me. It’s sad that we can’t exercise together because Poznan is so far away from Warsaw. Please stay in touch.” 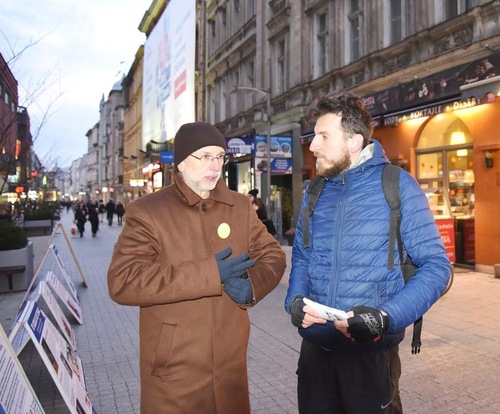 Maciej Kędelski (right) listens to a practitioner tell him about the persecution. He took more fliers with him to give to his family and friends.

Another Poznan resident, Maciej Kędelski, told a practitioner that he first saw Falun Gong in August this year at the Woodstock Festival in Kustrin. “I felt terrible that I didn’t learn the exercises back then. I knew that it was a great practice and kept thinking about learning it afterward,” said Kędelski. The practitioners encouraged him to start by reading the books and told him that there would be more people practicing Falun Gong in Poznan in the future. 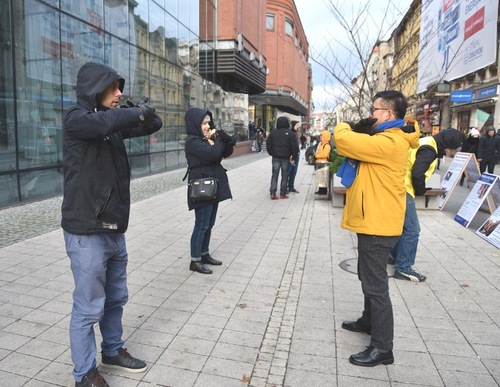 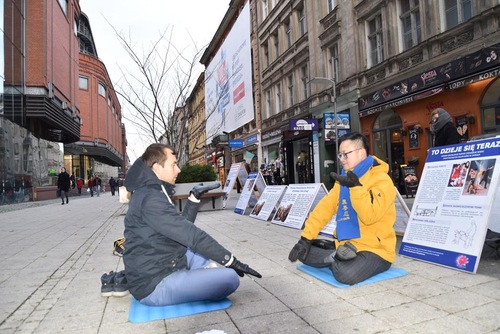 The Polanskis traveled hundreds of miles to learn the Falun Gong exercises.

In the afternoon a couple from Szczecin, the Polanskis, came by and said they'd learned the exercises at a local music festival in Szczecin but couldn’t remember the movements very well.

They said, “Fortunately you came here, and my wife and I decided to come over. It’s too far to go to Warsaw to find you. We want to learn how to do all five exercises correctly today.” They spent the rest of the afternoon learning the exercises. 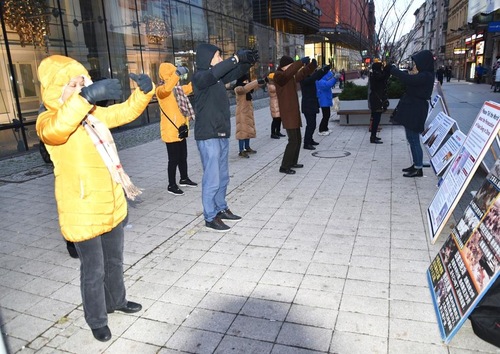 The practitioners stayed late to go through the exercises with the Polanskis once more.

The practitioners were scheduled to return to Warsaw by four that afternoon, but they decided to stay later and go through the exercises with the Polanskis one more time. Before they left, the couple said that they would read Zhuan Falun carefully and teach others the exercises so that more people learn Falun Gong.