(Minghui.org) Falun Gong practitioners in Turkey held an event at the Tekira Shopping Center on November 18, 2017, in the Province of Tekirdağ, which is two hours from West Istanbul. It is the only shopping mall in Tekirdağ, and the practitioners chose the site for introducing Falun Gong to the public and raise awareness of the persecution of the spiritual practice in China.

The practitioners demonstrated the five sets of Falun Gong exercises, exhibited photographs depicting the story of Falun Gong, and gave out informational materials.

They also collected signatures to help end the 18-year-long persecution of Falun Gong in China and bring to justice the former Chinese Communist Party leader Jiang Zemin, who initiated the persecution.

Children were particularly eager to learn the Falun Gong exercises. Some followed along with the practitioners while their families visited the shops. Some even came back later to continue learning the exercises. 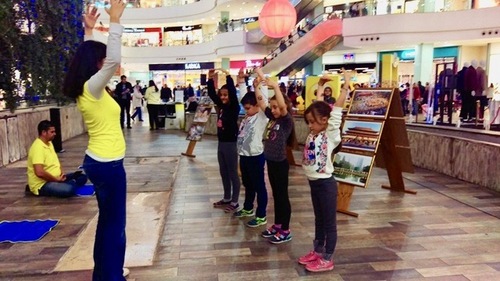 Pinar Ergüder, who watched her daughter doing the exercises, said, “It felt like I was listening to music in a wooded area with birds flying–very peaceful. While I was watching my daughter, it felt familiar. I even wanted to do the exercises with her.” 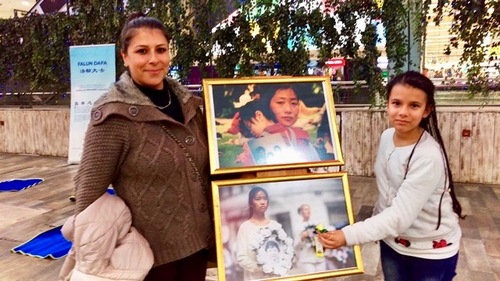 Pinar Ergüder and her daughter liked the music during the activity.

Ertuğrul Elbasi signed the petition with his friend and said, “It's a terrible thing. This persecution should be stopped as soon as possible.” 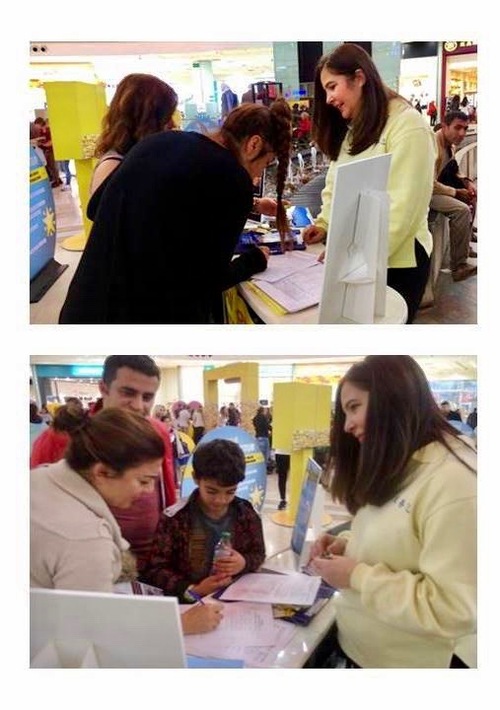 Families sign a petition to help end the persecution of Falun Dafa in China.

“Practitioners Should Refrain from Engaging in Political Commentary”