(Minghui.org) Falun Gong practitioners from Sydney have held activities in Hyde Park and Belmore Park, the busiest area of town, every Friday in October to let people know about the persecution of Falun Gong in China and to ask for help to stop it. 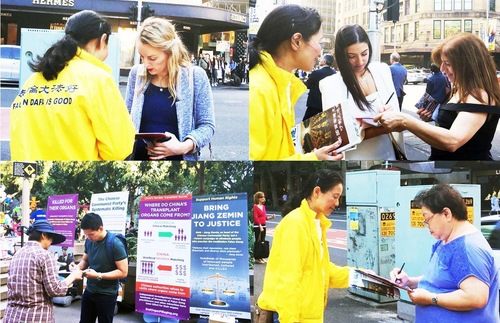 The activity in Hyde Park 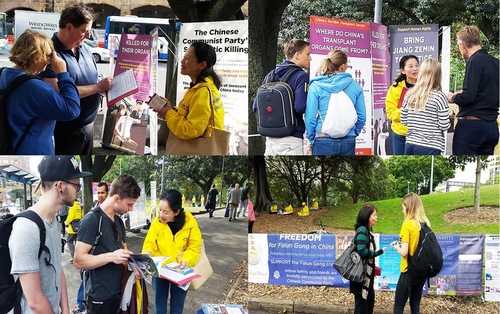 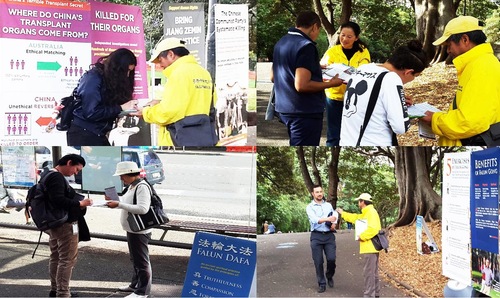 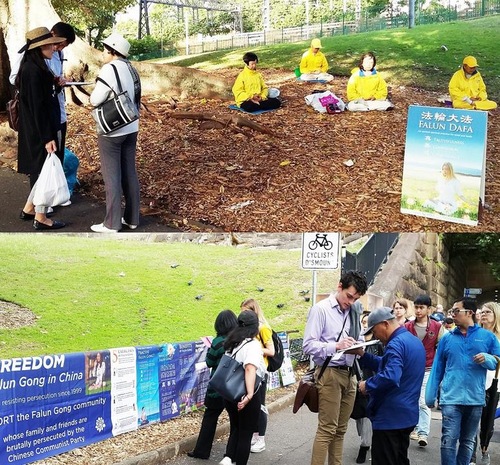 Signing the petition in Belmore Park to condemn the persecution

Some people told practitioners that they had heard about the persecution, but they didn't know it was so severe or about the state-sanctioned forced live organ harvesting.

Jevie found the forced organ harvesting hard to believe. She took several brochures about it and said, “I will study them. I think I know how to help stop this.”

Others were familiar with the forced organ harvesting and seemed pleased to run into practitioners and have a chance to sign the petition.

Both S. Blogg and Peter S. had heard about it in the news. “Many of my friends have heard about it,” Peter said. “It is a severe violation of human rights. We should do something to stop it. I will post what I see today on my FaceBook page, too.”

Kevin, a government official, signed the petition in Belmore Park.

He said, “I know that our government hasn't publicly condemned the organ harvesting in China, because of trade between us and China. However, I've heard about and appreciate the efforts of some parliament members, such as David Shoebridge, who has done a lot to help stop this crime.

“I hope that the Australian government will do more. You cannot keep silent because of trade,” Kevin said. 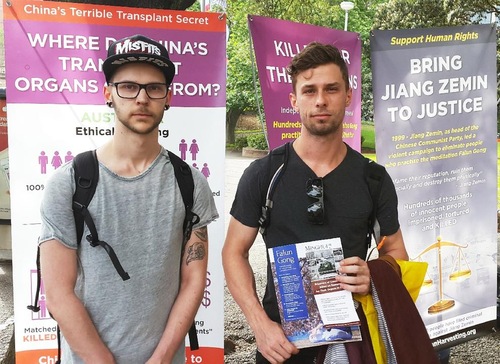 Ben Scott, who had seen a documentary about forced organ harvesting, thought it was important for more people to sign the petition and asked his friend Orion Williams-Farley to sign, too. Orion said he would tell his friends about it via social media.

Mare Dekei works at a local hospital, where many physicians from China are trained. She said that no one has the right to kill one person to save another.

“I hope that more people will pass along this information and that traveling to China for organs is banned,” she said and took a stack of materials for the doctors and nurses at her hospital. 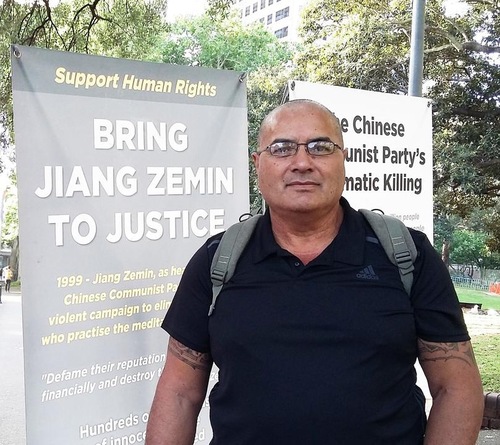 Hemi Trilete from New Zealand said sadly, “This is inhuman. The world Red Cross should help stop it. You are doing a good thing.” 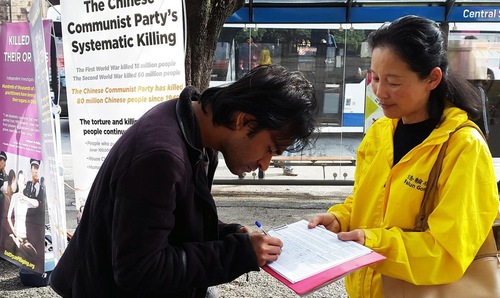 Benzer Ahmad from Bangladesh was angry: “God will not forgive the criminals. I will tell all my friends about this. I believe they will all try their best to help.”

“Podcast (Cultivation): “Lighting Up the Darkness: Clarifying the Truth While Imprisoned””