Shen Yun Symphony Orchestra in Taiwan: “A Treat for the Mind and the Soul”

(Minghui.org) On the eve of Moon Festival, Shen Yun Symphony Orchestra performed at Taipei Zhongshan Hall. The audience was thrilled and their resounding applause and standing ovations brought the orchestra back onstage for three encores.

Shen Yun has given 15 performances to sold-out crowds at 12 theaters in 10 cities throughout Taiwan over the last two weeks. The Taipei performance on the eve of the Moon Festival was the tour’s final Taiwan stop for the season.

It is said in Chinese culture that great music brings warmth and light with no end. “It is a gift from heaven and earth. It is the perfection of harmony,” says the classic book Yue Ji about great music, and this is what the audience experienced with the Shen Yun Symphony. 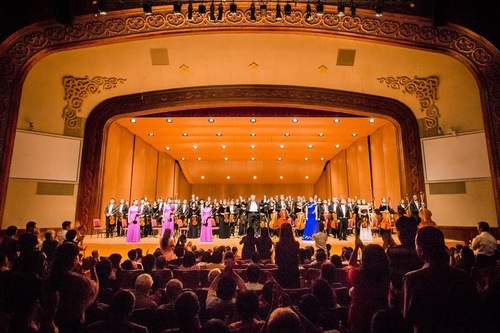 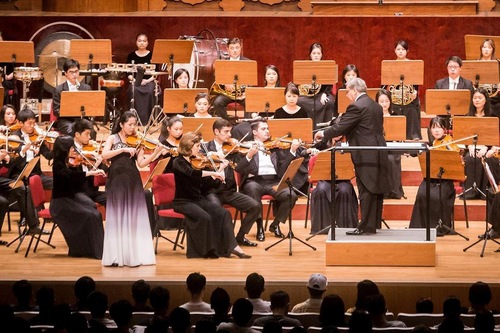 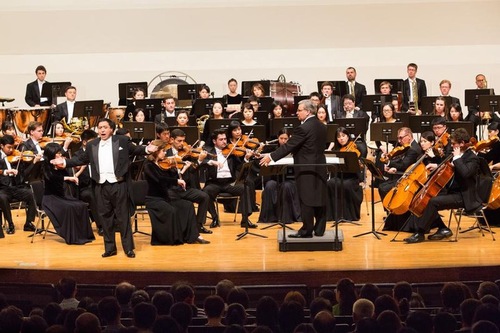 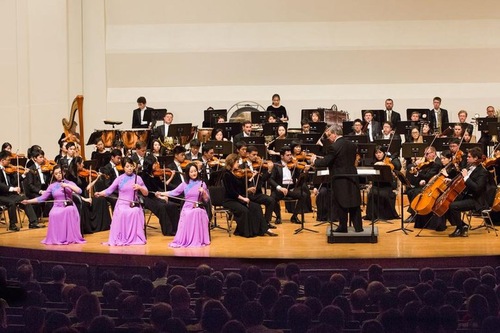 Erhu artist performance at the concert. 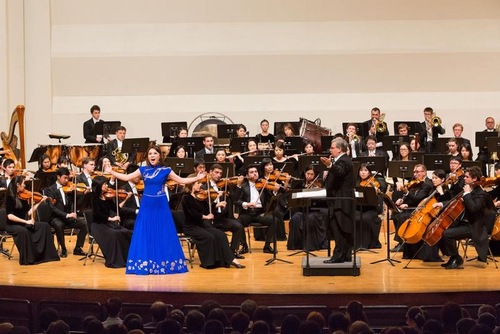 Artistic Director: “A Treat for the Mind and the Soul” 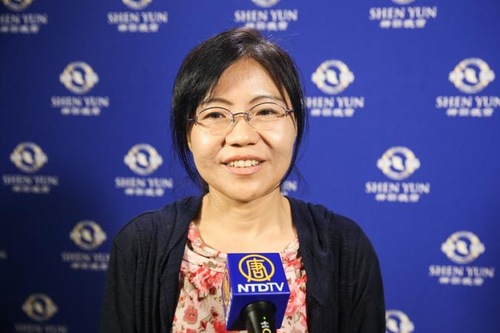 Ann Hsu, artistic director of Butterfly Arts District, watched the performance on October 3. “I really liked the solo performance by the violinist. She had a very good technique. She played really fast and her every note was right on pitch,” she said.

“While listening to 'The Great Khan,' images began to flourish in my mind. The music was quite a match to these images. It reminded me of Kubla Khan in the Yuan Dynasty, during which the cultures of the East and West also blended together.” She recognizes it is not easy to bring together a Western orchestra and Chinese instruments, “So the composer is surely really talented to be able to put together different pieces with different instruments.”

“The piece 'The Great Khan' was majestic while 'Divine Elegance' was soft and beautiful. The Chinese flavor of both pieces was brought out by the Chinese instrument erhu. Sometimes I closed my eyes, so I could get more out of the pieces,” Hsu added.

“The performance was a treat for the mind and the soul—like a getaway from the everyday world,” she concluded.

Orchestra Director: Opens the Window of the Soul

Similar praise was received everywhere the orchestra went in the past two weeks.

“Shen Yun Symphony Orchestra opens the window of the soul, letting us feel God's calling in the bottom of our hearts and bringing us to the state of being relaxed physically and mentally,” said Li Chingxiu [李景秀], director of Keyfantasy Philharmonic Orchestra after she enjoyed the performance at Jihde Hall of the Kaohsiung City Cultural Center on September 26.

She said it is hard to produce and perform the music that can touch the human heart. But when seeing the performance physically today, she was “totally carried away by the music as soon as it was performed. It was truly fantastic.”

“It inspires human’s wisdom in music and arts. It is a feast of music,” she continued, “As Shen Yun’s music touches people around the world, the music is a cultural treasure of the entire world.” Li said that nowadays people are living a busy life, they are in fact very nervous physically and spiritually. So they need the music like what Shen Yun performs to comfort their body and mind. We should listen to this kind of music more.

"Today, I listened attentively from the first piece to the last one. I found that the tacit agreement between the conductor and all the orchestra members was excellent. The violin concerto and the soprano’s vocal solo were full of emotion from the bottom of their hearts, which is something not easy to come by,” she added. 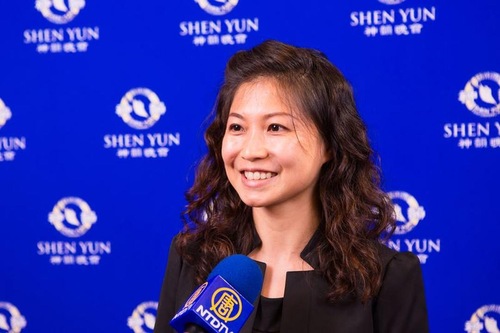 Music studio director Wei Chiyu watched the performance at Tainan on September 29 and she was deeply touched by the cultural heritage presented by the symphony’s performance.

“The music expresses deeply the feeling of the gentleness of the Chinese people, their love for their land, their respect for the elderly, and their reverence for Heaven and Earth. [Shen Yun] did this in a peaceful and friendly way, to inform us on the feelings we should have towards Heaven and Earth. I think that’s something very rare,” she said.

Diplomat: This Is the Best Present of My Life 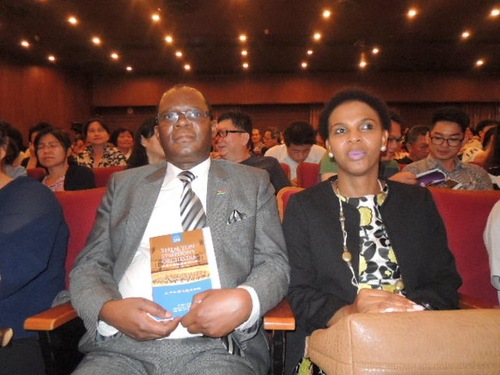 “I think [Shen Yun] has raised the standard higher and higher. I felt like sitting here forever. It sounded like we were angels in heaven,” commented Matsebe.

“You saw the conductor even conducting the audience, connecting all of us,” he continued, “[Shen Yun’s music] touched the hearts, the minds, and the souls of people who are here. It has healing and soothing [effects]. I think many people who are having spiritual thirst and hunger are going home now with spiritual empowerment.”

Matsebe said he felt the energy, and the performance is the best present for my life. “This is my birthday present too,” he continued, “I think I am re-created.”

“Shen Yun Taught Me How to Cultivate Myself”