(Minghui.org) All year long, Falun Gong practitioners all over the world hold activities and participate in all kinds of community events, telling the public what Falun Gong really is, and exposing the brutal persecution of this ancient self-improvement practice in its home country, China.

Events have recently been held in France, Germany, Taiwan, and the U.S.

October 17 is the annual “World Day for Organ Donation and Transplantation,” an effort initiated by the World Health Organization, WHO.

That day, Falun Gong practitioners in France held an event in Nantes to raise public awareness of the state-sanctioned organ harvesting in China. 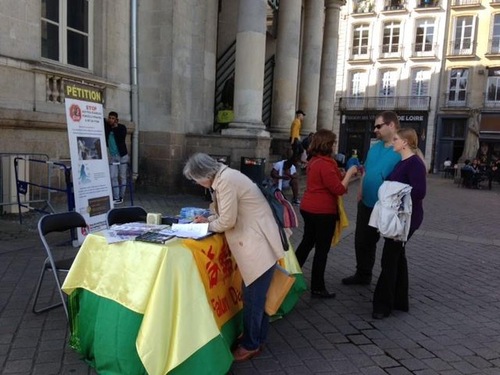 Telling people about the forced organ harvesting in China (right). Signing the petition to condemn this crime.

Many people that passed by were angered and upset to learn about this human rights crisis. One gentleman said that he was considering getting a kidney transplant. “But after talking to you and learning all these horrifying facts, I've decided that I will never go to China for the surgery,” he said.

People not only signed the petition but also took materials for their congressmen, planning to ask their lawmakers to take action and help stop the persecution.

Some of the passersby also wanted to learn the Falun Gong exercises.

A student said, “You won't believe this. An idea jumped in my head this morning that I should start meditation. I was wondering where I could find a teacher, and then I run into you!

“It is so wonderful. I believe that God led me here,” she marveled and then asked how to get in contact with the local exercise site.

A similar event was held in Regensburg, Germany, on October 21. 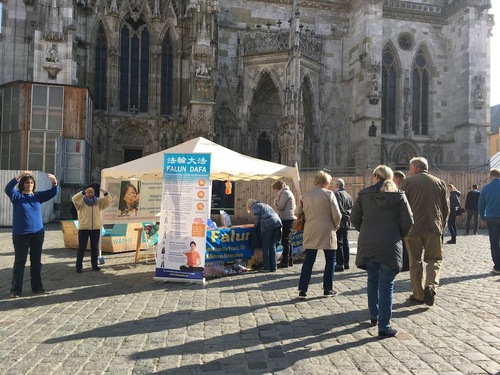 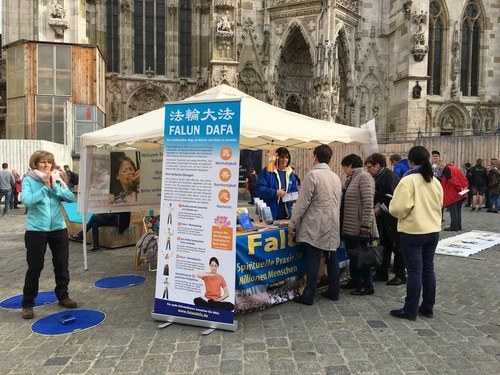 Passersby sign the petition to condemn the forced organ harvesting in China.

People were horrified to learn about the state-sanctioned organ harvesting in China.

Hildebraudt, who works at a local hospital, could not believe that, in China, patients can obtain a matched organ in just a few weeks.

“That is impossible if all the organs come from donations. Some patients in my hospital have to wait for five or even ten years for a liver or a pancreas. How can the Chinese doctors find three livers in just a few days? It is impossible, unless there is a gigantic source of live organs.”

Many people wanted to do more to help stop the persecution, and some wanted to learn the exercises. 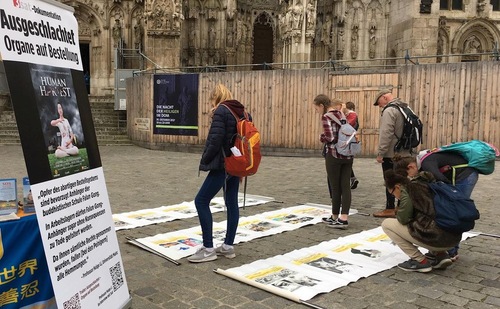 After signing the petition, these young people started to learn the exercises. 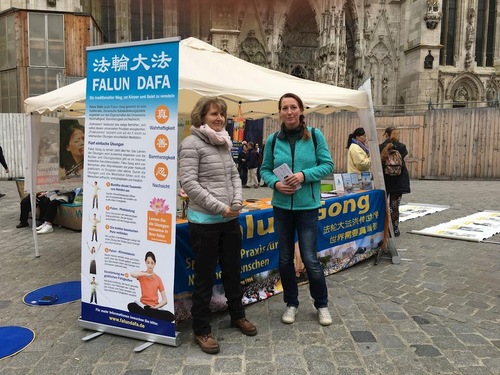 Irina Müller (right), who used to live in the former East Germany, knows how horrible the communist party is and hopes the nightmare in China will end soon.

October is the height of the tourist season in Taipei, and waves of visitors from mainland China head for the famous local tourist spots. Everywhere they go, they run into Falun Gong practitioners and learn what this cultivation practice really is and how brutal the persecution in China is. 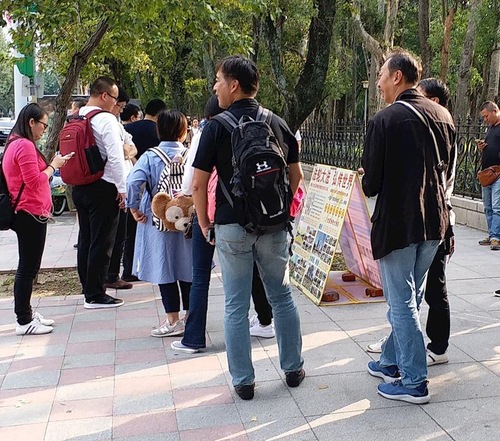 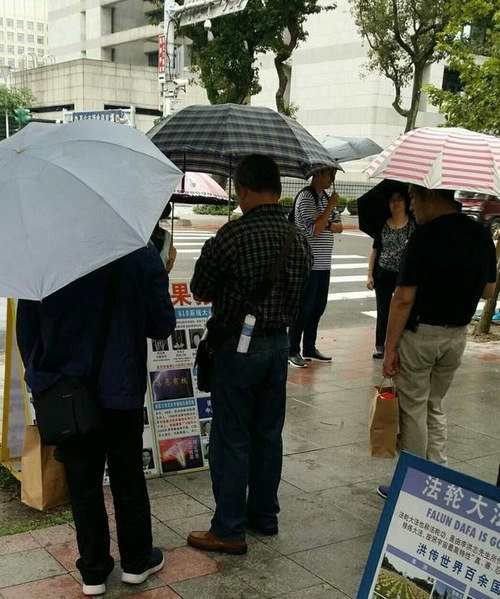 The tourists from China were very supportive of what the practitioners were doing.

A retired Chinese police officer, who said he was very familiar with the persecution, quit the Communist Party with practitioners' help.

“Every Falun Gong practitioner was watched by six police officers in my area. I am glad that you have the freedom in Taiwan,” he said.

Another senior Chinese gentleman said, “I probably know about the persecution better than you. One of my best friends was badly tortured because of his Falun Gong belief. Falun Gong practitioners are all very good people.”

He also quit the communist party with practitioners' help.

Practitioners from Texas participated in two “Peanut Festivals” last week, one in Whitesboro and the other in Aubery. 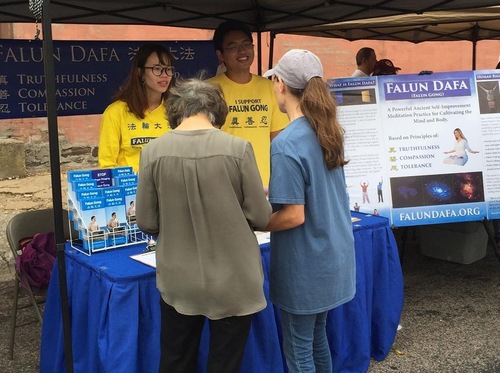 Practitioners' booth in Whitesboro. The Peanut Festival in Whitesboro is the largest and oldest of such Texas festivals. More than 200 groups participated in this year's 52nd festival. 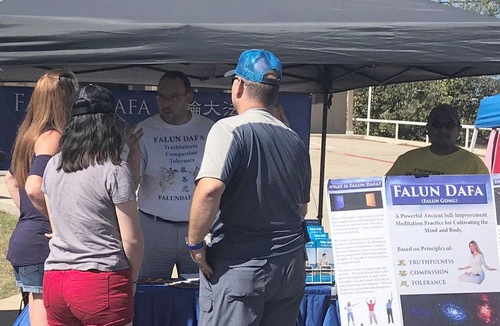 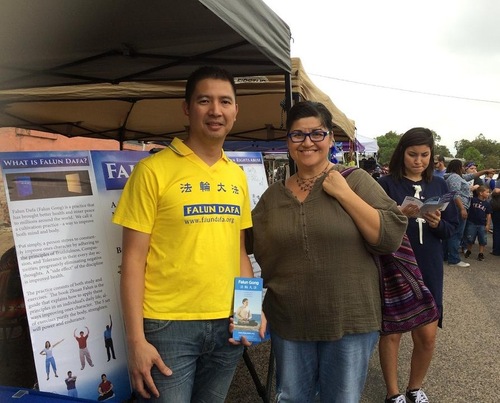 Railis was shocked by the brutality of the persecution. She signed the petition with her daughter and then asked practitioners to take a picture of her with their booth. She wanted to post on her Facebook page with an account of what she'd learned so that more people will know about the persecution.

Quite a few people were glad to see Falun Gong, because they had wanted to learn the exercises for a long time.

Texas State Senator Craig Estes of the 30th District stopped by and learned about the persecution of Falun Gong in China.

“Do Not Take Doing Things As Cultivation”