(Minghui.org) More than 300 Falun Gong practitioners in Europe held a candlelight vigil on Human Rights Square (Parvis des Droits de l'Homme) in front of the Eiffel Tower in Paris, France on the evening of September 30, 2017.

They were commemorating the practitioners who have been killed over the 18-year persecution by the Chinese Communist Party (CCP), for upholding their belief in Truthfulness-Compassion-Forbearance. 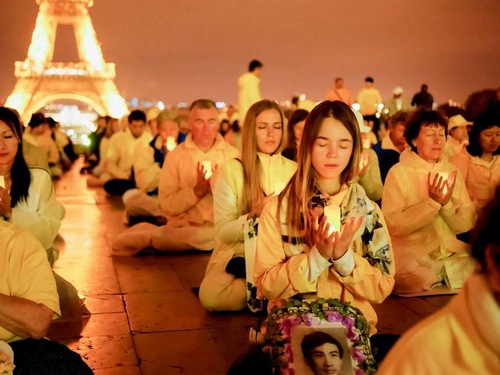 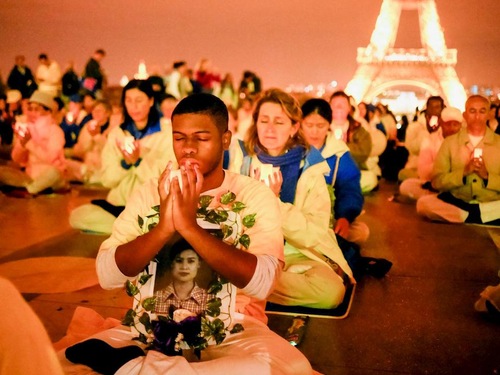 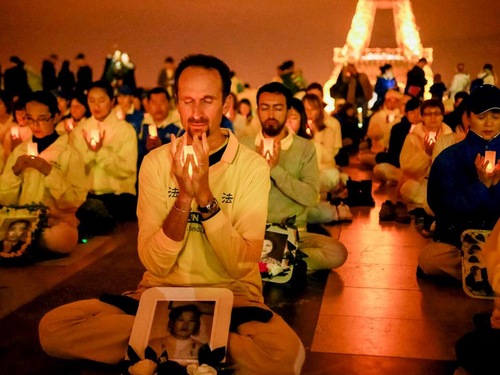 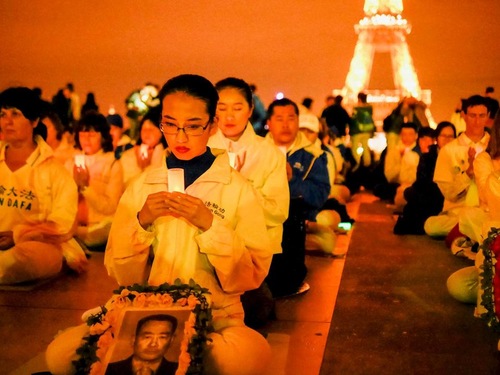 Candlelight vigil held on the Human Rights Square near Eiffel Tower, Paris on the evening of September 30, 2017.

Many tourists were drawn by the peaceful and solemn atmosphere, and some talked to practitioners to learn more about Falun Gong and the persecution.

“Choosing Truthfulness-Compassion-Forbearance, the World Will Be the Most Beautiful”

Two engineers from the Moroccan Automotive Industry who work in Paris listened attentively as a practitioner introduced the practice. Upon hearing that Falun Gong practitioners conduct themselves according to Truthfulness-Compassion-Forbearance, they began sharing their views. 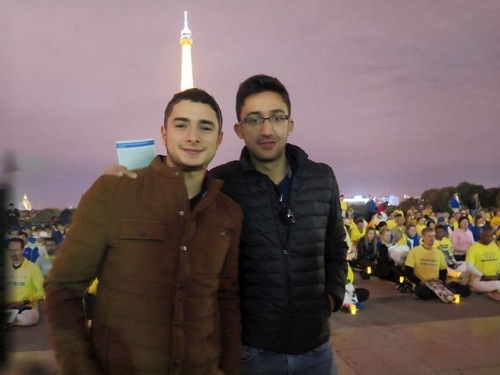 Zaid Salama said, “Now the world is suffering. The Communist Party wants to destroy culture, and they put the people around the world in a unified system. They disintegrate the families and make people's morality corrupt.”

Salama's friend Nawfal Belmokhtar added, “The world is headed in the wrong direction. If everyone chooses to follow Truthfulness-Compassion-Forbearance, like these people, the world will be the most beautiful. The people would avoid war. 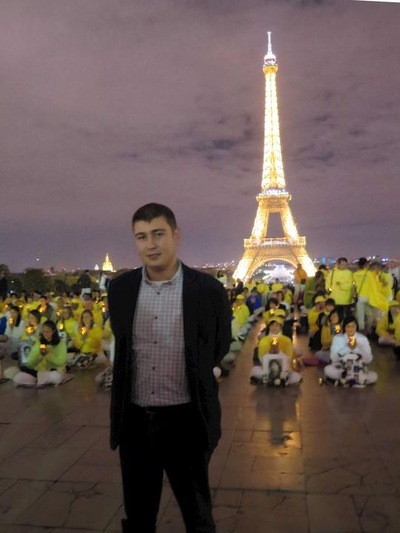 Aziz is from Kazakhstan, and lives in Paris, working in France's tourism industry. He watched for a long time at the event on Saturday night. He was not surprised upon hearing about the CCP's persecution of Falun Gong practitioners who live by Truthfulness-Compassion-Forbearance. He said, “The Communist Party is like this. They have always persecuted innocent people. It is the same in Kazakhstan. The communist regime will never give up the persecution of lives.” 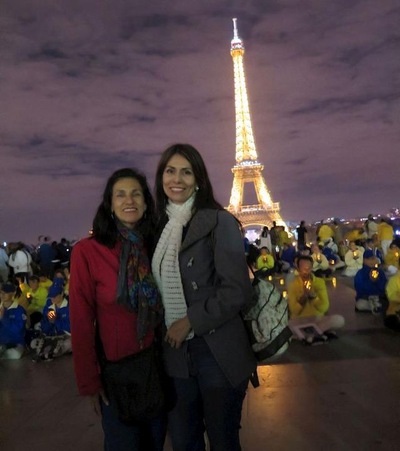 Lawyer Carolina Suanez and her mother.

Lawyer Carolina Suanez and her mother traveled to Paris from Colombia, and came to the Eiffel Tower for the evening, to see it before returning home. Carolina was particularly concerned about the candlelight vigil of Falun Gong practitioners. She said, “This scene is very good. They pray for the whole world.” When she learned that Falun Gong practitioners have been beaten, arrested, and even had their organs harvested while still alive, her eyes welled up with tears.

Finally, she said, “This is a violation of human rights!” She took out a Falun Gong leaflet and said, “I got this flyer in Spanish, I will go back and read it.”