(Minghui.org) A sports festival is held annually in Vilnius, the capital of Lithuania to promote health and fitness. Attendees include sport enthusiasts, athletes, health organizations and members of the general public.

Practitioners from the neighboring nation of Latvia took the opportunity to setup a booth at this year’s festival. They did so to introduce Falun Gong to the people of Latvia, and to raise awareness about the persecution in China. Materials were made available in Lithuanian, Latvian, Russian, and English. An exercise demonstration was held as well. 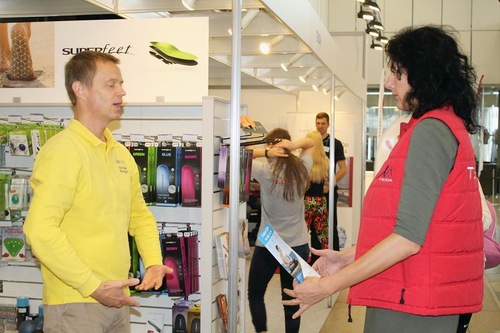 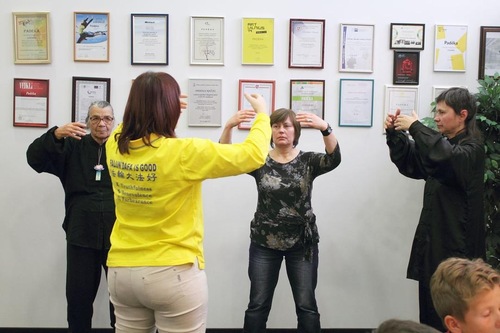 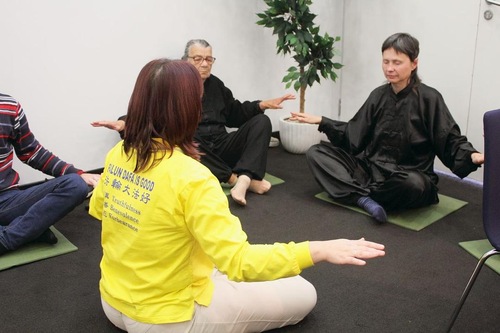 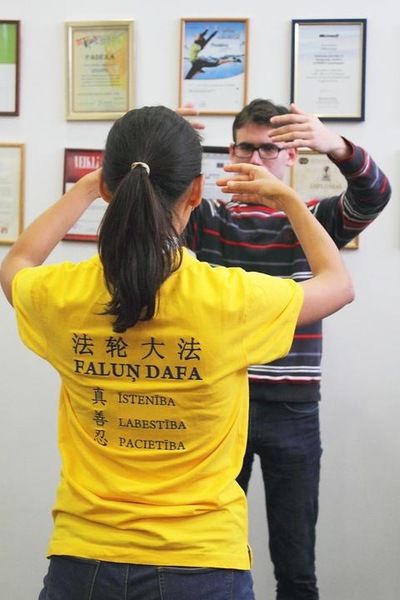 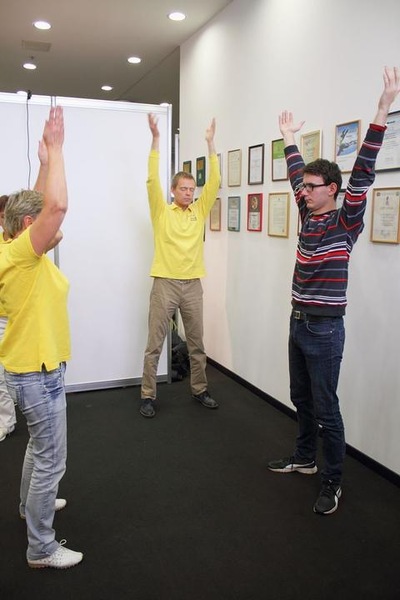 Locals have an opportunity to learn the exercises on the spot 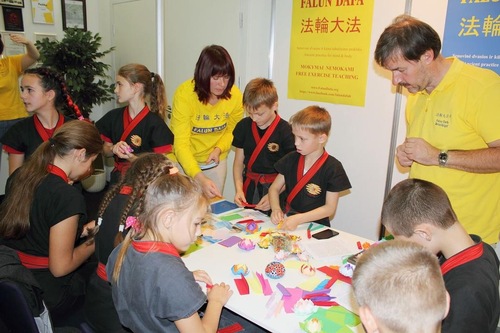 Many visitors were attracted by the exercise demonstration and took the opportunity to try the exercises for themselves. Some martial art lovers were interested in Falun Gong and said they could feel the energy from the Falun Gong booth.

Children were encouraged to learn how to make origami lotus flowers. Practitioners told them the story behind the lotus flower, and why it is so often used as a symbol of meditation and inner peace.

A girl said she felt anxious for being unable to participate in the final round of one of the competitions at the Festival because she was too short. Upon coming to the Falun Gong booth, the peaceful music and practitioners' smiles calmed her down and made her happy again. She was reluctant to leave that evening and said she hoped to see the Falun Gong group again.

“Falun Dafa in the Holy City of Jerusalem”