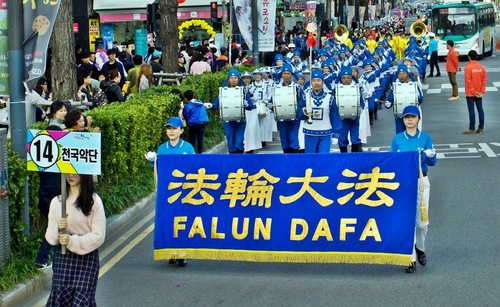 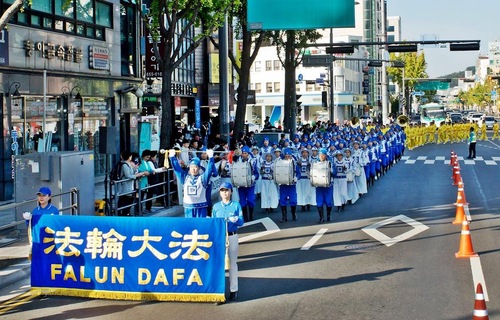 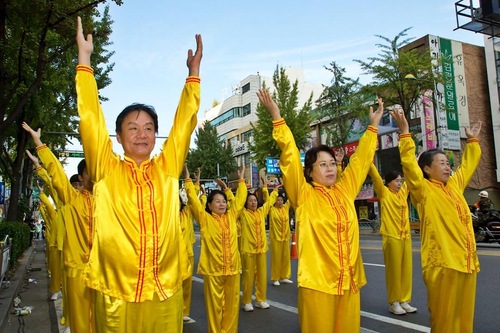 Among some 60 entries, Falun Gong's Tian Guo Marching Band and the practitioners in golden outfits demonstrating the exercises really caught people's attention. They were invited to perform again for the judges and spectators after the parade. 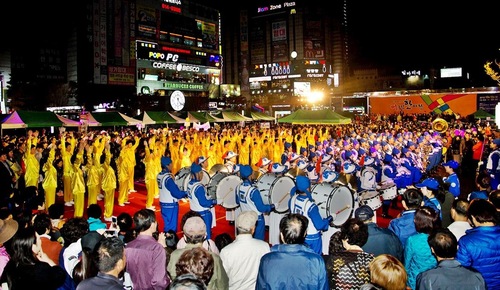 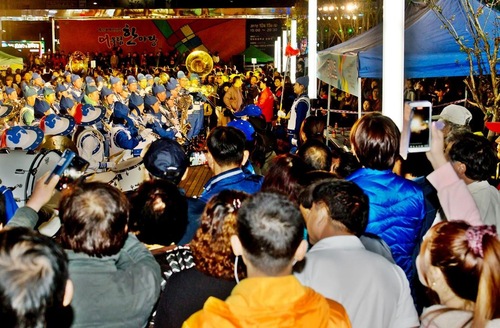 People took videos and photos of Falun Gong practitioners performing for the judges.

The judges, consisting of the organizers and local citizens, awarded the Falun Gong group first place. 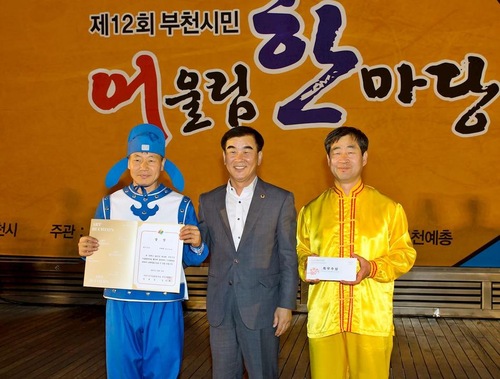 The organizer presenting the award to practitioners 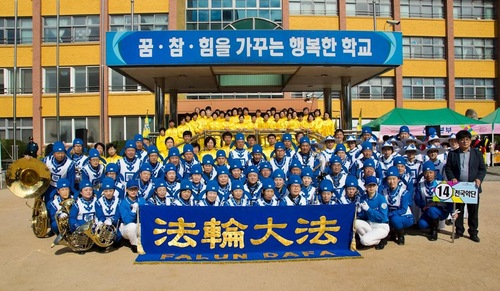 A group picture before the parade

The Falun Gong performances were warmly welcomed by the spectators. A senior citizen said, “I've never seen such a beautiful group in my life. Falun Gong is really wonderful.” Another senior expressed interest in learning the exercises.

Many Chinese were proud and surprised to see Falun Gong in the parade. “This is something you cannot see in China,” said a Chinese gentleman very familiar with the persecution of this ancient self-improvement practice in China. They applauded the practitioners with enthusiasm

“Podcast (Cultivation): “Police Officer Clarifies the Truth to Passengers on Buses Every Day””