(Minghui.org) Falun Gong practitioners in Boston and Rhode Island participated in the Fall Fair in Stony Brook Wildlife Sanctuary in Norfolk, Massachusetts, on October 7, 2017. Many people took this opportunity to find out information about Falun Gong. The Minghui Newsletter was very popular, as some people took several copies for their families and friends. 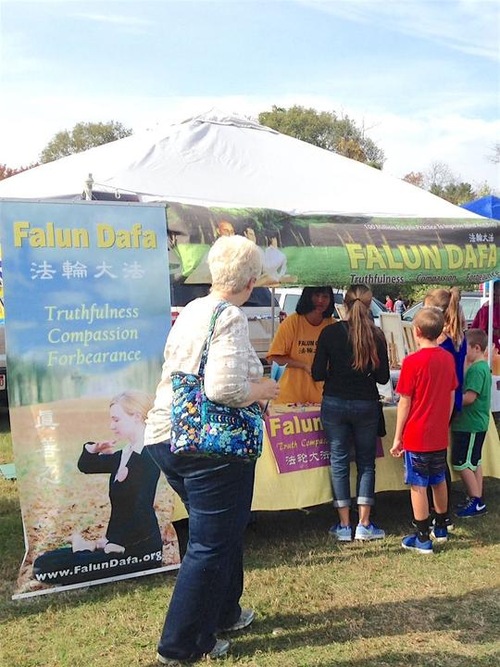 Several local residents asked about where they could learn Falun Gong. They took practitioners' contact information so that they could schedule an appointment to learn. 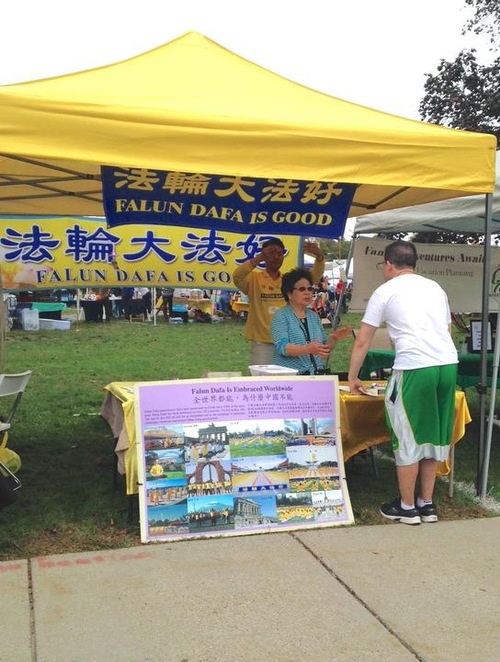 One man asked for more information about Falun Gong, since he was interested in a self-cultivation practice. After hearing about the benefits of Falun Gong, he decided to go to a group exercise site in Boston to learn it.

An Indian girl took a flyer for her mom. She said that her mom had learned Falun Gong exercises from an instructional video online.

An elderly Chinese lady told a practitioner that she had read Nine Commentaries on the Communist Party. She took more booklets including Disintegration of the Party Culture.

“Falun Dafa as Seen Through My Eyes”