Spectators at Niagara Falls Parade: “Falun Gong Should Not Be Suppressed Anywhere in the World”

(Minghui.org) The 66th Niagara Falls Grape & Wine Festival Parade was held on September 24 and a large Falun Gong contingent including both the Tian Guo Marching Band and a waist drum team participated. 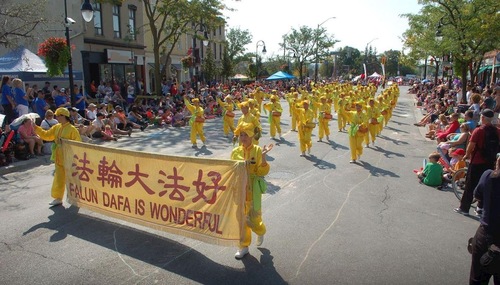 Principles that Benefit Everyone 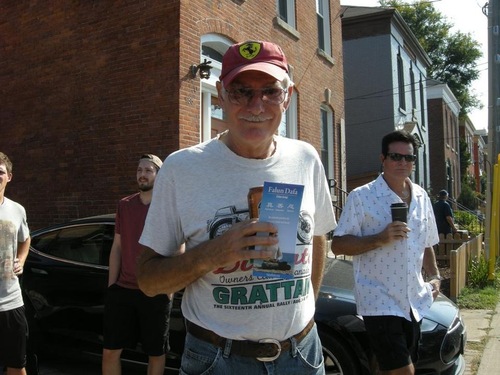 About 100,000 people came to watch the parade, and many accepted materials from the practitioners. Richard, owner of a car repair shop, came with his wife Nancy. Both had heard about Falun Gong previously and were aware of the persecution in China. Richard said, “Falun Gong should not be suppressed anywhere in the world.” 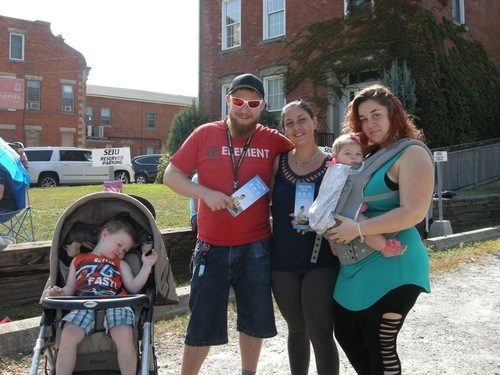 Leeanne Bergeron (middle), her husband (left), and friend (right) say the principles of Truthfulness-Compassion-Forbearance apply to everyone.

Leeanne Bergeron from Welland was watching the parade with her husband and friends. She exclaimed, “This band [Tian Guo Marching Band] is great. And the music is wonderful too!” She said the principles of Truthfulness-Compassion-Forbearance benefit everyone and should be respected.

Her husband agreed, “Because of persecuting innocent practitioners, the Chinese communists will face serious consequences.”

Chinese Spectators: I Am Proud of This 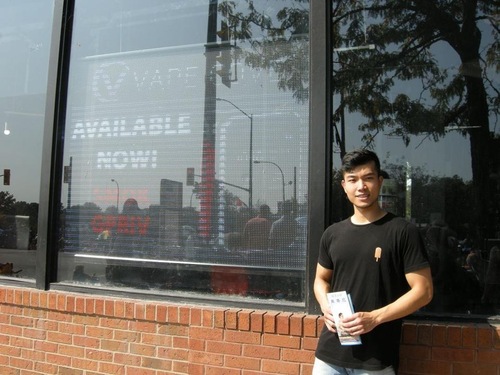 Store owner Mr. Huang separated himself from the Communist Party after talking with a practitioner.

Mr. Huang, a store owner, came to Canada 16 years ago. He said, “I like everything about this group, from the Tian Guo Marching Band, the waist drum team, to the float. Especially the gold colored costumes [of the waist drum performers]. They are very bright and energetic.” Upon hearing that Falun Gong is practiced in more than 100 countries and persecuted only in China, Mr. Huang agreed to quit the Communist Party organizations.

Josie, who works as a lawyer, came to Canada at age 6. She said she was glad to see the band and waist drum team in the parade. She said, “They look really awesome, and as a Chinese Canadian, I am very proud of it.” She said she had heard about the suppression in China and hopes it will end soon.

One Chinese couple was watching the parade with their daughter when a practitioner gave them a pamphlet. When they realized it was about Falun Gong, they immediately returned it to the practitioner.

Because of defamatory propaganda from the Communist Party, many Chinese people have been misled and harbor negative feelings about Falun Gong.

The father, however, asked for a pamphlet, “Why turn down the information? I would like like to read about it and find out more.”

“Woman Imprisoned for Her Faith Tortured Until Mentally Incoherent”

“Experiences and Understandings Gained While on My Journey”