The exercise session in Melbourne was held on the first morning of 2017 in Fitzroy Gardens, a well-known tourist spot. The session in Auckland was held on Aotea Square on January 3. The beautiful exercises and the soothing music presented the beauty of Falun Gong to tourists from all over the world. 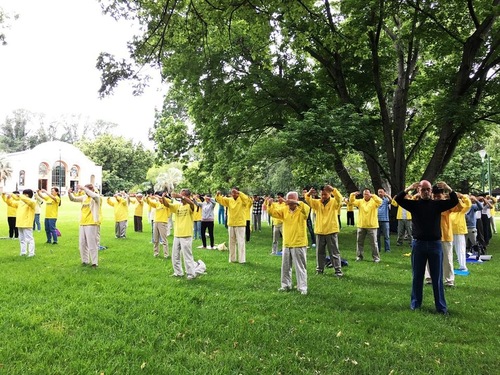 Falun Gong practitioners in Melbourne do the exercises as a group on the morning of January 1, 2017. 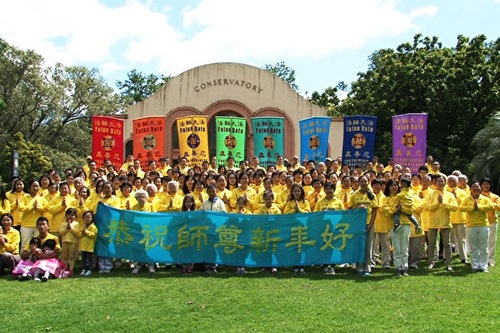 Practitioners in Melbourne take a photograph together to send their greetings and to wish Master Li Hongzhi a happy New Year. 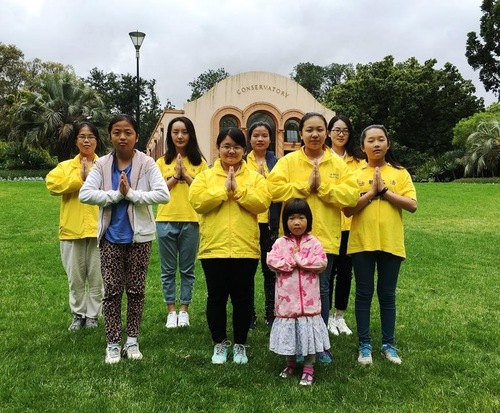 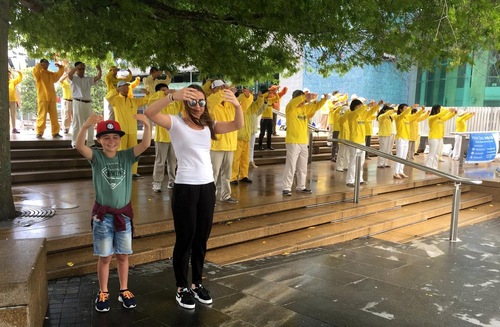 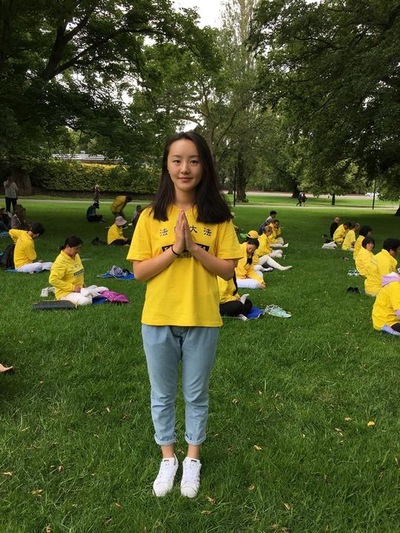 Eighteen-year-old Xiaoxiao has been practicing Falun Gong with her mom since she was four. While her high-school classmates were busy with various extra classes to prepare for the college admission exams, Xiaoxiao continued to work part-time and also participated in Falun Gong activities. She concentrated well during her study time, and believed that as far as she worked hard, Master would give her the best. Her exam scores turned out to be higher than she expected and she was able to get into her dream college. Xiaoxiao is thankful for the wisdom that Falun Dafa has blessed her with. She said, “I learned the principles of life by cultivating Truthfulness, Compassion and Tolerance. Cultivation made me more considerate and kind. I thank Master for all the care and encouragement he has given me. Dafa continues to help me grow and improve.”

Ms. Leigh Smith, a senior high math teacher, used to have severe osteoporosis and arthritis. She was in desperate pain all the time. Her doctor told her she would be in pain for the rest of her life. Soon after she started practicing Falun Gong, Leigh found that she didn't need pain pills any more. Even though her son and daughter, who are in their thirties, often complained about pain when it was about to rain, Leigh hasn't felt any pain since she started practicing Falun Gong.

Ms. Philipa Raymond, another Australian practitioner, said that cultivation of Truthfulness, Compassion and Tolerance has given her hope and peace when facing difficulties. 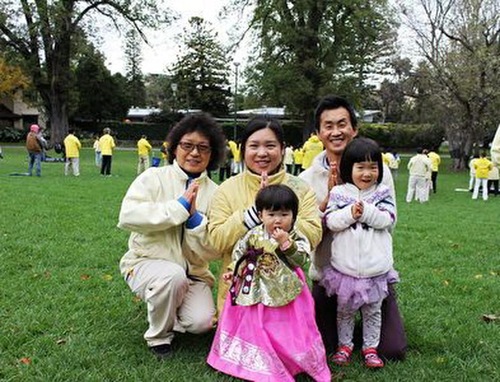 Mr. Park and his family take the opportunity of New Year's Day to express their thanks to Master Li.

Mr. Park from Korea said that he has learned the true meaning of life through Falun Dafa. One day in 2013, Mr. Park stopped his car at a street crossing. A big van suddenly crashed into him from the driver's side. His car was completely wrecked, but he wasn't hurt at all. Mr. Park is very grateful for Master's protection. 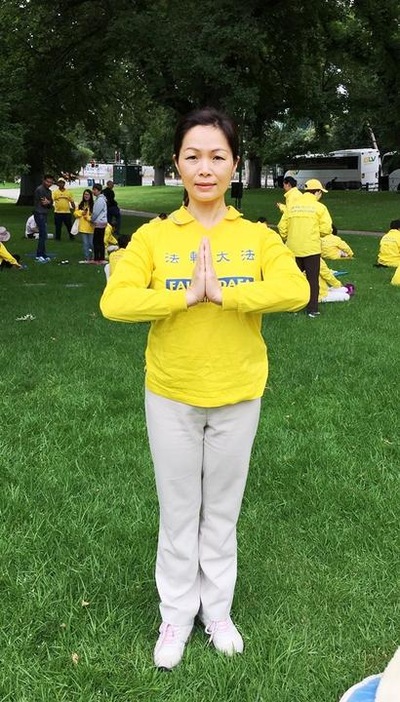 Ms. Luo has been cultivating in Falun Dafa for twenty years. She said, “Thanks to Falun Dafa's guidance and Master's compassionate care, I have learned the true meaning of life, broken through one difficulty after another, and became a caring and outgoing person. I became a cultivator who looks inward and cultivates the heart under any circumstance. Though the language in Zhuan Falun and other Falun Gong books is simple, there are deep and profound principles behind the words. The process of cultivation is a wonder! Thank you, Master! I'm so fortunate to be your disciple!”