The Falun Gong practitioners' Tian Guo Marching Band participated in the 21st Chinese New Year Celebration sponsored by the City of Sydney on January 28. The event was held on the square of Customs House near the seaport.

A crowd gathered on the square in the evening to enjoy the band play a mix of Western and Chinese music.

Stephen Gilby, the creative director of the event, told a practitioner, “The performance is so outstanding. Wonderful!” Mr. Gilby was impressed with the band’s proficiency and said their performance was welcomed.

Morag Mirankar, the stage manager of the event, said, “I truly felt compassionate energy from the band.” 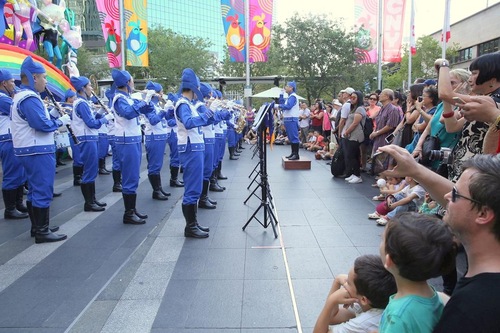 Crowds of spectators watch and listen to the band perform.

Ron and his family traveled from west Sydney to see the celebration. He was impressed with the band. He enthused, “The costumes of the Falun Dafa band are beautiful and attractive, and the music is exciting.” 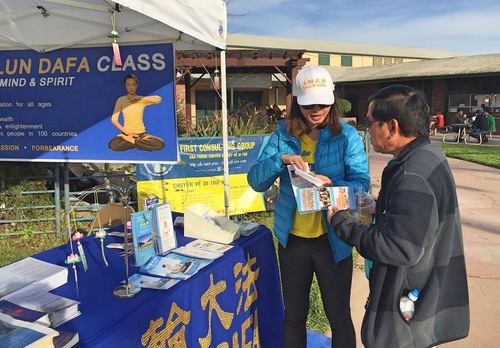 A practitioner introduces Falun Gong to a local. 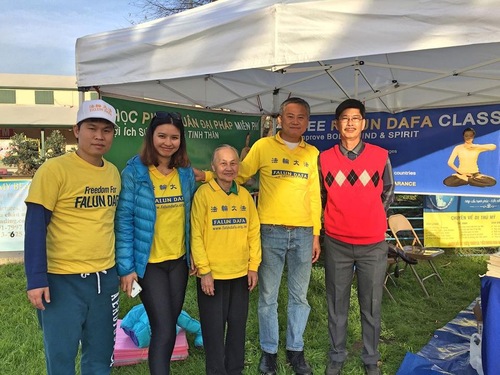 Practitioner Yung Tran from Vietnam said, “People here know Falun Gong and are aware of the persecution in China. Because Vietnam is also controlled by a communist party, many Vietnamese know that the Party is evil.”

Peter, an instructor at a community college in Monterey, California, was happy to see the Falun Gong booth. He stepped forward and said, “I practice martial arts and learned Falun Gong. I know Falun Gong is good.”

He said he felt strong energy and inner peace when he learned the practice. He condemned the persecution of Falun Gong in China and the Chinese Communist Party's (CCP) state-sanctioned live organ harvesting from Falun Gong practitioners for profit.

Falun Gong practitioners held an event in Hötorget, a busy downtown area in Stockholm, Sweden, on January 28 to demonstrate the exercises and raise public awareness of the persecution in China. 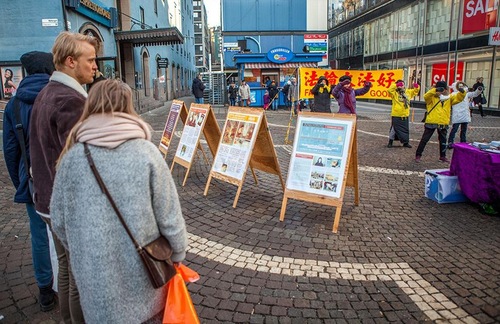 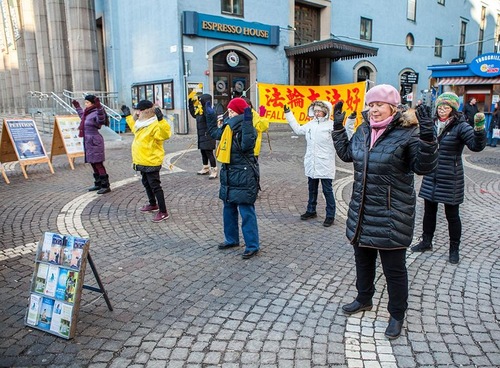 Drawn to the melodious exercise music, many pedestrians stopped to learn more about the practice despite the cold weather

Some practitioners distributed Falun Gong flyers and explained the persecution in China to passersby. Many signed the petition calling for an end to the persecution. Some expressed their interest in learning Falun Gong and asked about group practice times and locations. 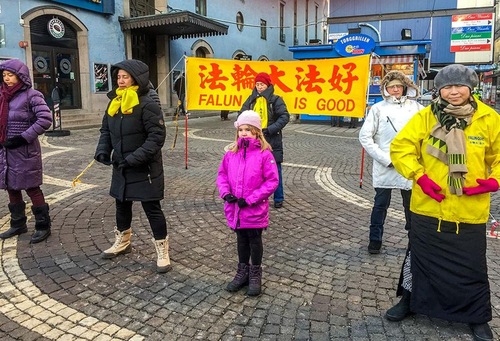 Sofia, a five-year-old Swedish girl, learned the exercises during the event. She imitated the hand gestures of the practitioners and practiced the second exercise. 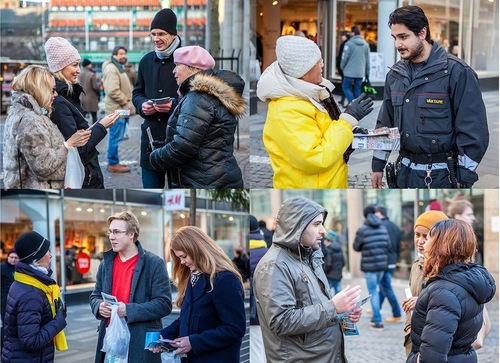 Practitioners explained the beneficial effects of Falun Gong and exposed the CCP's persecution to passersby.