(Minghui.org) At the Chinese New Year, thousands of Falun Gong practitioners and supporters sent greetings to the founder of the practice, Master Li Hongzhi. They wished him a Happy Chinese New Year and expressed gratitude for the benefits of the practice and its principles of Truthfulness, Compassion, and Forbearance. 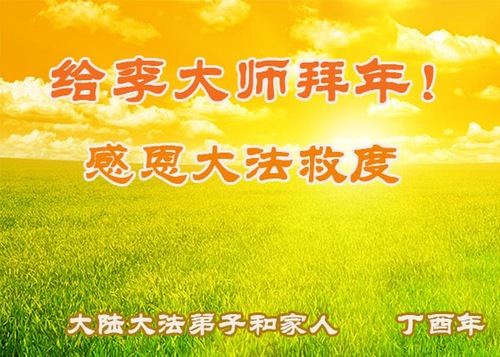 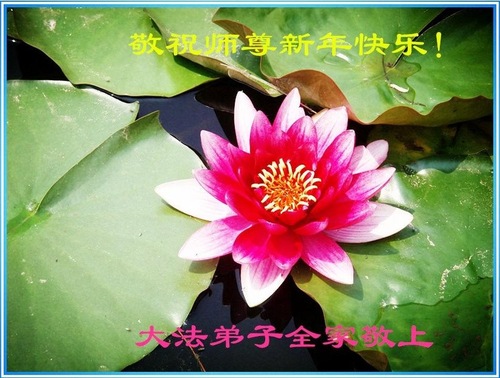 The Chinese words read: “We are grateful that Falun Dafa saved us.”

A practitioner from Panzhihua City, Sichuan Province, said: “My 80-year-old wife has late stage cancer and diabetes and was recently hospitalized. The doctors had to use an extra dose of pethidine, which, however, could not stop the severe pain. I suggested that she recite 'Falun Dafa is good; Truthfulness-Compassion-Forbearance is good.' She did for a while, and the pain stopped. Twenty-eight days later, her symptoms were gone, and she checked out of the hospital.” 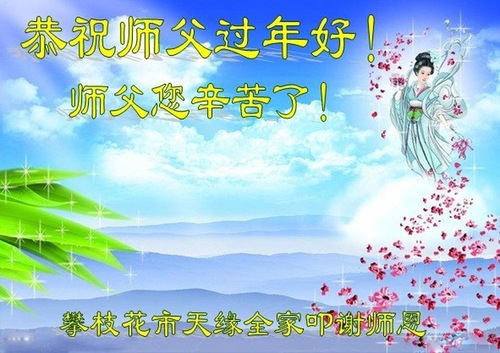 A practitioner from Hengshui City, Hebei Province, thanked Master Li for healing his son's leukemia. “It has been eight years, and my son is healthy and energetic,” he said. 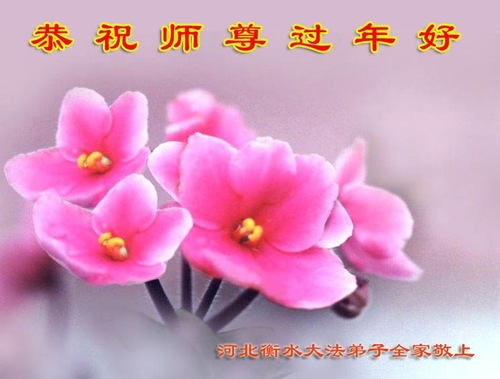 Similar cases have happened to thousands of people. The following are just a few examples sent to Minghui.org at the Chinese New Year.

A diabetic patient wrote, “Last year, I had an injury on my heel, which festered and caused bleeding and tissue break down. The doctors said I had to have an amputation. I was unemployed and had a monthly income of only 16 yuan. I didn't want to lose my foot, nor did I have money for the surgery.

“My sister is a Falun Gong practitioner. She advised me to recite 'Falun Dafa is good; Truthfulness-Compassion-Forbearance is good.' So, I did. I tried to not think of anything else, and just kept reciting.

“The day that I started reciting, the doctors checked my heel. They removed the puss, which filled my foot, and then they decided to wait and see if I still needed amputation.

“I went home and continued reciting the phrases every day. Within two months, my foot had completely recovered. The doctors were amazed—they never saw such a severe diabetic wound heal on its own so quickly. 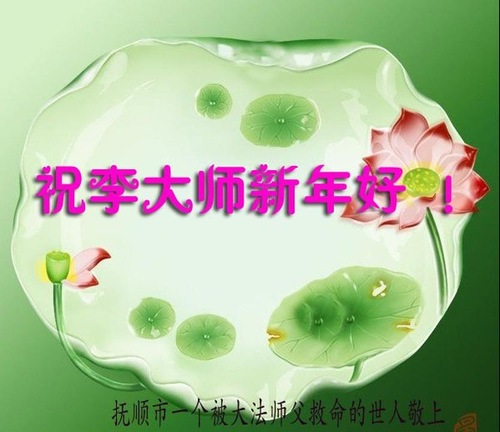 “I know it is Master Li Hongzhi who saved my life. Now, I have started practicing Falun Gong. I wish Master Li a Happy New Year.”

A Falun Gong practitioner wrote, “My mother-in-law is 98 years old this year. I often tell her to recite 'Falun Dafa is good; Truthfulness-Compassion-Forbearance is good.' She trusts me and shows great respect to Dafa and Master Li.

“Master Li has helped her to survive through many tribulations. She often falls, but never got hurt. Recently, she fell down again and landed on her back. 'Bang' we saw the back of her head hit the wood frame of the bed. We were scared. I shouted out: 'Master, help!' and lifted her up. Surprisingly, there was no bleeding and no bump. Everything was fine. At such an age, we could not imagine what could've happened to her, if it wasn't for Master Li's protection.”

“Rescued from My Hard Life”