(Minghui.org) A week after its 2017 World Tour was launched in the United States, the Shen Yun Performing Arts performed eight shows in four Canadian cities from December 29, 2016 to January 8, 2017: Kitchener, Hamilton, Quebec City, and Ottawa.

This was Shen Yun's eleventh year in Canada. Prior to the shows, numerous elected officials including the Governor General of Canada David Johnston sent in welcome letters lauding the company's efforts in sharing and reviving a culture and wishing the performances success. 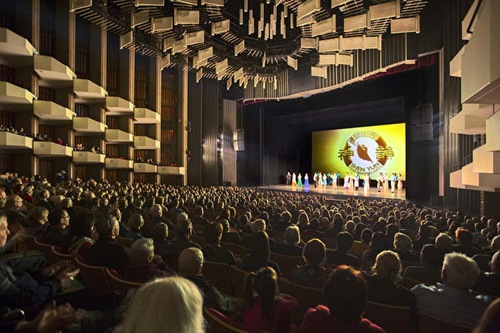 Curtain call by the World Company of Shen Yun Performing Arts at the National Arts Centre in Ottawa, Ontario on January 8, 2017 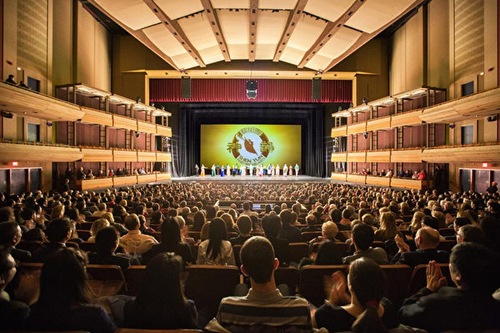 Shen Yun performance at the Centre In The Square in Kitchener on December 29, 2016 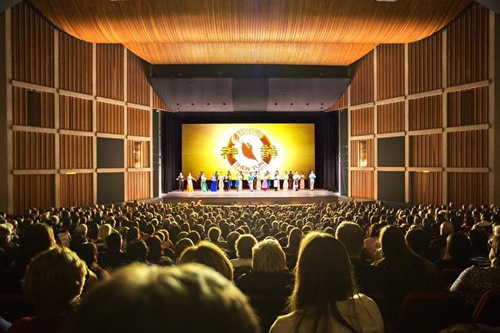 Shen Yun performance at the Hamilton Place Theatre in Hamilton, Ontario on December 30, 2016 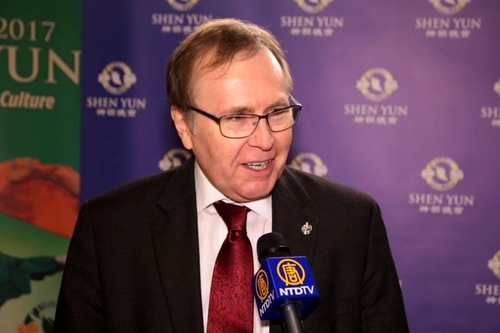 Stephen Woodworth, former Member of the Canadian Parliament, at the Shen Yun performance in Kitchener on December 29, 2016

“Wisdom is found in many places, but certainly it is found in ancient Chinese culture that is presented in Shen Yun,” said Stephen Woodworth, former Member of the Canadian Parliament.

“There are many people around the world that understand that the material life is not all that exists, and that there is a spark of divinity in every human being,” he continued. “We sometimes forget, and it is a good idea to be reminded of the divine spark within us…”

“Shen Yun offers hope to people who are experiencing difficulty. I think that is a real gift to give to people in difficult times,” Mr. Woodworth said. 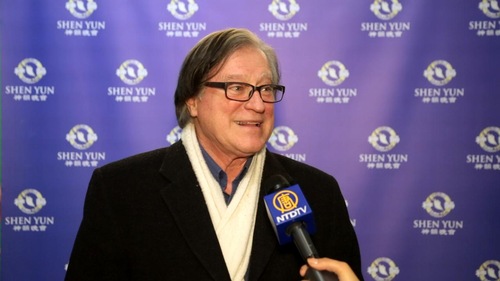 Guy Bélanger, conductor, tenor, composer, and the founder of Opéra de Québec, at the Grand Théâtre De Québec on January 5, 2017

“The refinement... It brings honor to the people who had the idea to put this performance together,” said Guy Bélanger, a conductor, tenor, composer, and the founder of Opéra de Québec.

“The conductor did a magnificent job,” he said of Shen Yun's live orchestra. “The music punctuates the action like in cinema, like a soundtrack. It is diverse. Bravo!”

“It’s good that the producers take on these profound questions. It’s good to remind ourselves in a very artistic way,” he added.

“A Story with Every Dance” 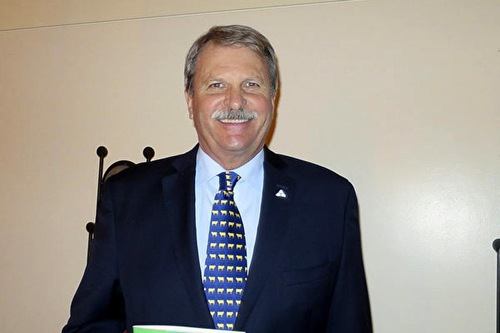 Jack MacLaren, Member of Provincial Parliament, at the performance in Ottawa on January 8, 2017

He especially enjoyed the pieces portraying the modern stories about Falun Gong practitioners. The core principles of the practice, Truthfulness, Compassion, and Tolerance are “three powerful values that I would say any people in any society could live by. And if they did so, would live very well,” he said. 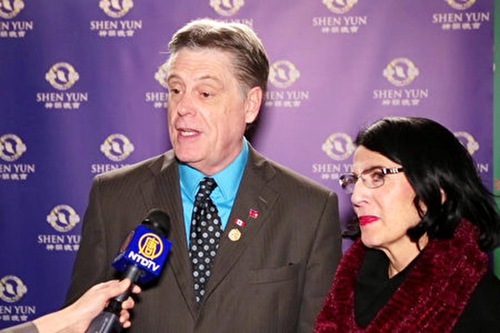 “This brings back a little bit of wonderfulness and beauty to the world where we certainly need it,” said Paul Miller, Member of Ontario’s Provincial Parliament. This was the third year he and his wife Carole attended a Shen Yun performance.

“They are trying to express the culture of China the way it used to be,” Mr. Miller continued. “To see traditional dance from hundreds of years ago is interesting and fascinating.”

“There is a spiritual sense. When I am watching it, it makes me feel at peace...It relaxes me,” Mrs. Miller shared. 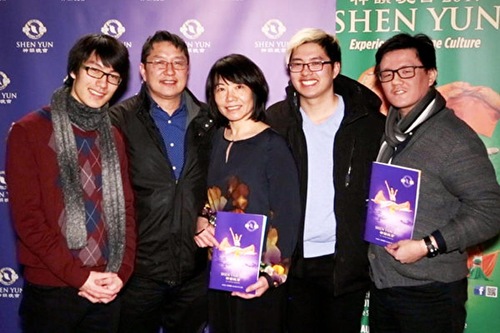 Mr. Liao's family at the Hamilton Place Theatre on December 30, 2016

Mr. Liao and his family drove three hours to see the Shen Yun performance in Hamilton on December 30, 2016. “I think the influence was great on them. It also got them interested in this culture. I wanted them to see that Chinese culture is not that simple,” he said of his children, who grew up in Canada.

“It was very enjoyable. I enjoyed the intricate movement of the dance moves,” one of Mr. Liao's sons said.

“I'm very happy to bring the kids to see this show today. This show is great,” Mrs. Liao added.

Shen Yun will continue touring in Canada with upcoming performances in Mississauga, ON, January 18-22; Vancouver, BC, January 29-31; and Toronto, Ontario, February 28-March 2. For more information on tickets and dates, please visit http://shenyun.com.

“I Stopped Being a Thief after I Started Practicing Falun Dafa”