Melbourne, Australia: Rally Calls for an End to Persecution of Falun Gong in China

(Minghui.org) Falun Gong practitioners from across Australia held a rally in downtown Melbourne on September 2, 2016, prior to their annual Falun Dafa Cultivation Experience Sharing Conference.

Guest speakers at the rally in front of the Parliament House included government officials, a human rights lawyer, and a Vietnamese community president. 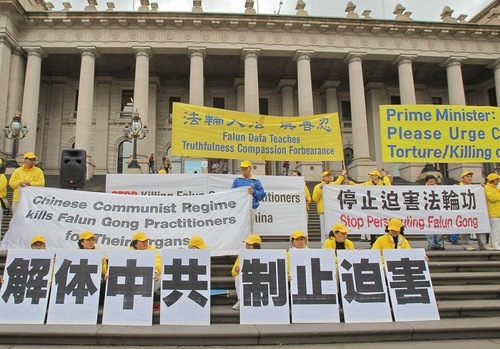 A rally in Melbourne on September 2, 2016 calls for an end to the persecution.

MP: No Matter in the Past, Present or Future, I Stand Together with Falun Gong Practitioners 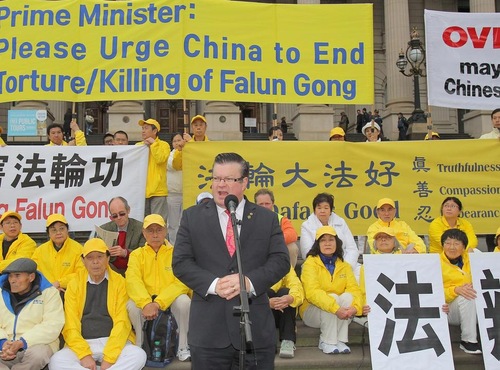 Bernie Finn, MP of the Liberal Party, Victorian State Member of Parliament for Western Metropolitan Region, and Shadow Parliamentary Secretary, remarked, "No matter in the past, present or future, I stand together with Falun Gong practitioners." He said striving for freedom and life is something justifiable, something to be proud of, and something for which everyone should work hard.

Mr. Finn is confident that Australian Prime Minister Malcolm Turnbull will raise the Falun Gong issue with the Chinese regime during his visit to China. He hopes that every leader of the twenty nations attending the G20 Summit in China will convey such a message: If the Chinese Communist Party does not respect the human rights of the Chinese people, it should step down from the international stage.

Federal Treasurer: Your Demonstration of the Noble Virtues Shows the Very Best of Our Shared Human Nature 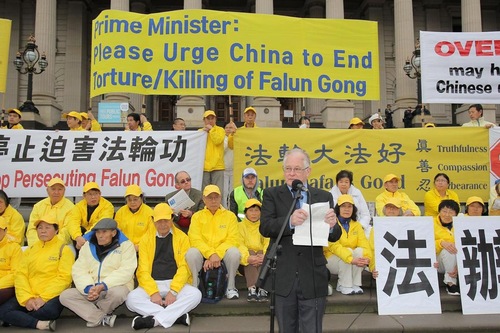 Gerard Flood, Federal Treasurer of the Democratic Labor Party, speaks at the rally

Gerard Flood, Federal Treasurer of the Democratic Labor Party, thanked all practitioners for "their living testimony and example demonstrating the virtues of truth, compassion and forbearance, which are essential for our world's stability, flourishing and happiness."

He remarked, "By highlighting and standing up for truth, you point the way to what is right and just. By practising forbearance you provide the strength which is essential for any campaign to be fought, and your ideal for compassion reflects the Christian command to Love Thy Neighbor. By your personal demonstration of these virtues, your example shows the very best of our shared human nature."

He said that Australians must remind the Prime Minister to take action "to stop the crimes and punish the guilty, and defend the honor of our nation and our descendants who will be held accountable for our actions today and tomorrow, until these depravities cease."

Vietnamese Community President: The World Knows That Falun Gong Is a Peaceful Group 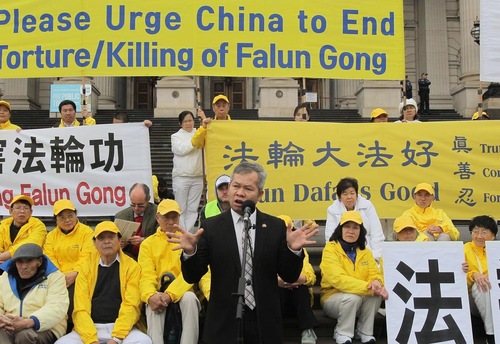 Bon Nguyen, president of the Vietnamese Community, speaks at the rally

He calls upon the public to join the effort to end forced organ harvesting, express concerns with their Members of Parliament, and boycott business dealings with the Chinese regime. 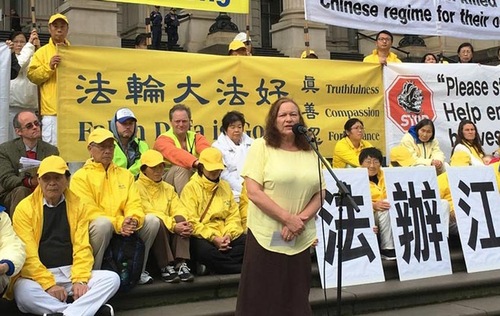 Dr. Katrina Haller, a veteran human rights lawyer, called upon the Australian government to "pass a law to make it illegal for Australians to go to China to have organ transplants."

She said that Falun Gong practitioners who believe in Truthfulness-Compassion-Forbearance have been deprived of the right to life, the most basic right listed in the Universal Declaration of Human Rights.

She calls upon the Australian Prime Minister to raise the Falun Gong human rights issue with the Chinese regime and to to condemn the regime for persecuting Falun Gong, especially its forced organ harvesting and trafficking.

Dr. Haller also calls upon the public to write to or call the Prime Minister's office, contact federal and provincial MPs, or sign a petition to help end the inhuman forced organ harvesting crimes. 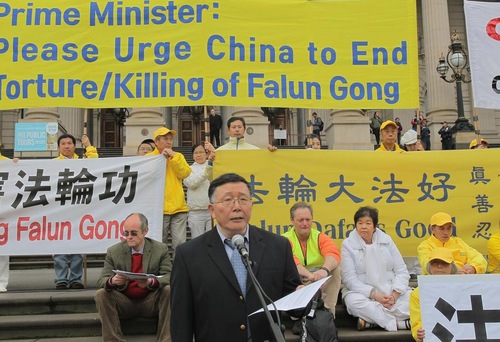 Mr. Fan Huiqiang, chairman of the Victoria Branch of the Australian Falun Dafa Association, said that the latest report on the Chinese regime's forced organ harvesting estimates that 60,000 to 100,000 organs are transplanted each year in Chinese hospitals.

"I have to say that what has so far been revealed could be only the tip of the iceberg, and when all the facts come to light, it is likely that a great many more Falun Gong practitioners will be found to have lost their lives," said Mr. Fan.

Jenny Zeng, one of the members of a car tour that recently kicked off in Sydney, reported that they have received support from local residents and the media. Many people signed the petition and sent postcards in hopes that the Prime Minister will make their voices heard by the Chinese regime, help end the ongoing atrocity, and bring the chief perpetrators to justice.

“Looking Back on Minghui Articles Published in 1999”