Falun Dafa Events Held Around the World in Late August

(Minghui.org) Around the world, practitioners of Falun Dafa (also known as Falun Gong) have held public events for more than a decade, trying to raise public awareness of the brutal persecution in China, calling for help in stopping it, and telling people about the essence of this ancient Chinese cultivation practice. We report on these events and publish newsletters to keep our readers informed.

In this newsletter, we report on 12 events that took place during the last two weeks of the summer, spanning Europe, North America, Oceania, and Taiwan.

Practitioners in Paris collected petition signatures at Human Rights Plaza on August 28, 2016, calling for help in stopping the state-sanctioned killing of Falun Gong practitioners in China for their organs. Some tourists were shocked by the brutality and condemned the atrocity. 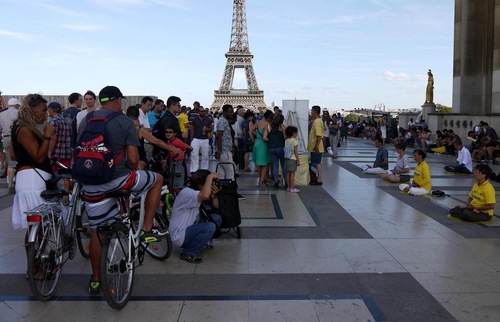 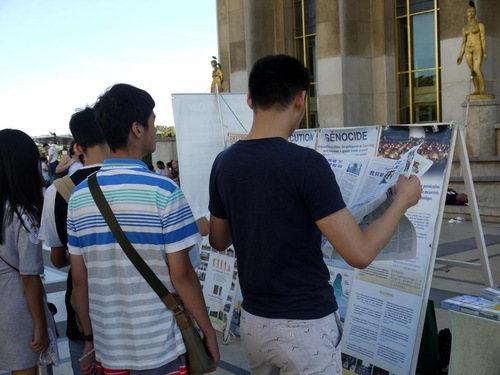 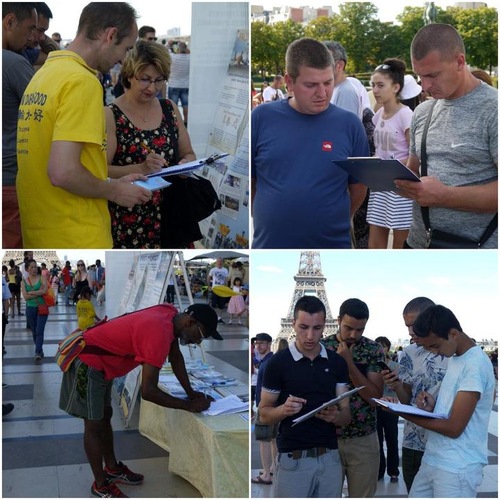 Visitors sign a petition condemning the persecution in China.

In Gothenburg, Sweden, practitioners participated in the annual Cultural Festival, an event attended by more than one million people every August. Many tourists were interested in learning the gentle exercises.

One woman told practitioners that she had just bought a Falun Gong book and started to learn the practice.

She said, “It was in a bookstore. I was looking around. Among so many books, I heard the Falun Gong book calling my name. So I bought it, and I started to learn the exercises following the online instruction video.”

She didn't know that there was a group exercise site in Gothenburg and was very happy to talk with practitioners at the event. 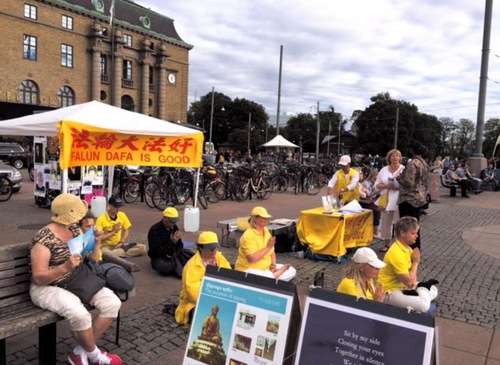 Practitioners' booth at the cultural festival. 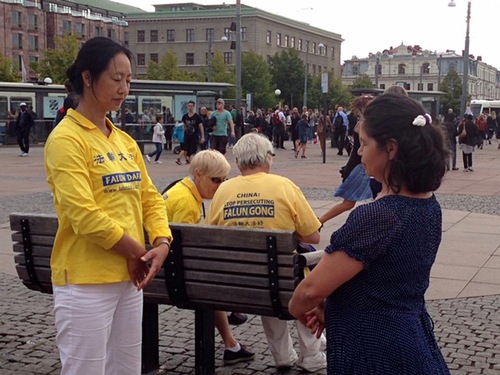 Tourists read about Falun Gong and learn the exercises at the Gothenburg Cultural Festival.

At a similar event in Prague, Czech Republic on August 20, 2016, many Chinese tourists were surprised to see Falun Gong at Charles Bridge. They found that Falun Gong is much different from what they had heard from the Chinese Communist Party's propaganda campaign. Many of them also quit the Communist Party with help from practitioners. 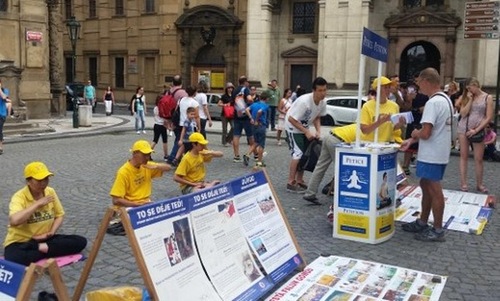 German practitioners held a “Falun Dafa Information Day” at New Swan Castle, a famous tourist attraction, on August 15, 2016. The event introduced Falun Dafa and educated the public about the persecution in China. 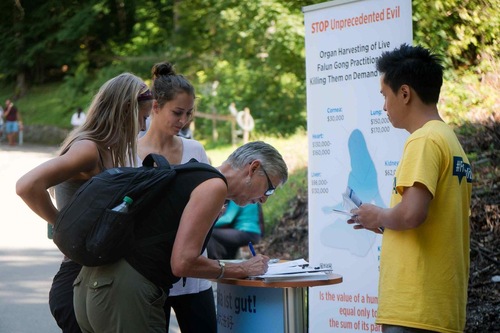 Practitioners in San Francisco hosted the Art of Zhen, Shan, Ren (Truth, Compassion, Tolerance) Art Exhibition at the Kennedy Library in Vallejo, California. Twenty-seven artworks were displayed at this month-long event starting in July. Local media covered the exhibit, and the county Republican Assembly invited practitioners to give an introduction to Falun Gong at their regular meeting. They also promoted the exhibit on their website.

The artworks reveal the brutality practitioners suffer in China and practitioners' peaceful resistance against the persecution around the world. 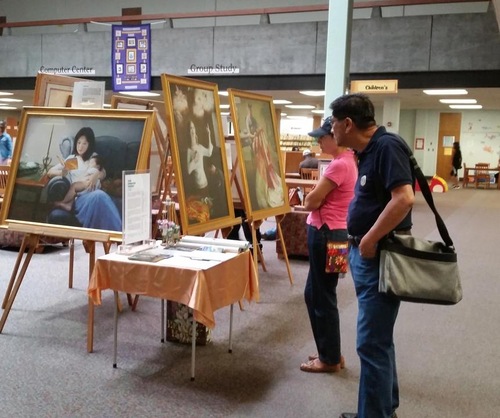 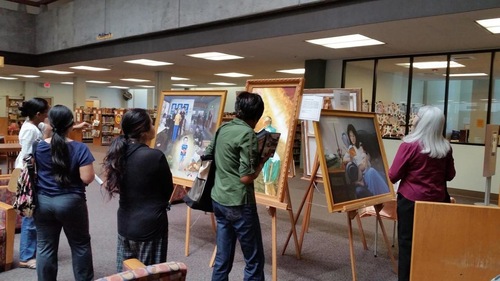 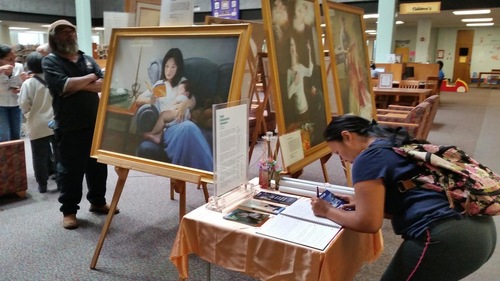 Patrons view the paintings and sign a petition condemning the persecution. 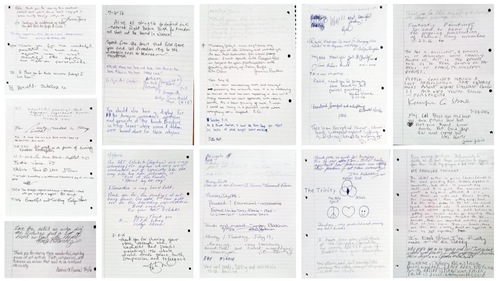 Viewers wrote in the guest book and thanked practitioners for bringing information about Falun Gong to Vallejo. 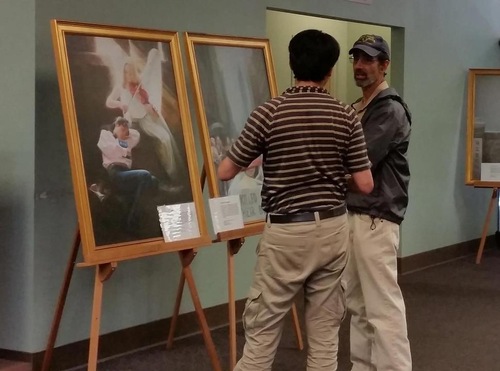 A local artist discusses the paintings with an exhibit volunteer. 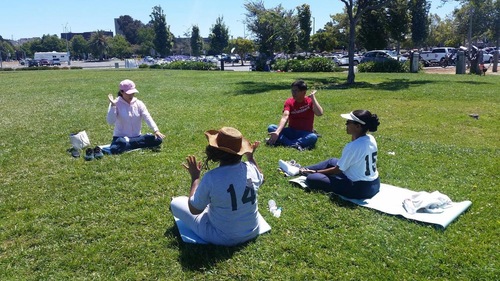 A local policewoman learns the Falun Gong exercises after coming to the exhibit. 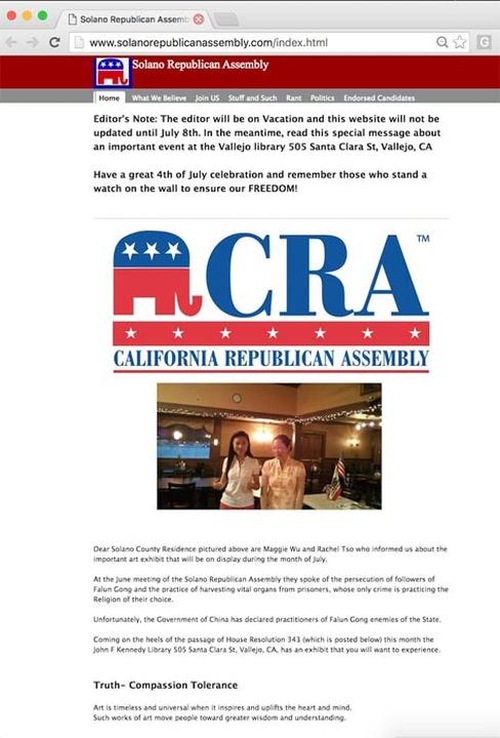 News on the local Republican Assembly website covering the exhibit

In Chicago, practitioners demonstrated the exercises at Daley Plaza on August 16, 2016. Many passersby were attracted to the peaceful movements and beautiful music. Some people wanted to learn the exercises, and many asked for detailed information on Falun Gong.

A similar activity was held at the new students' orientation on the campus of Arizona State University. During the three-hour event, dozens of students registered for a free Falun Gong workshop. 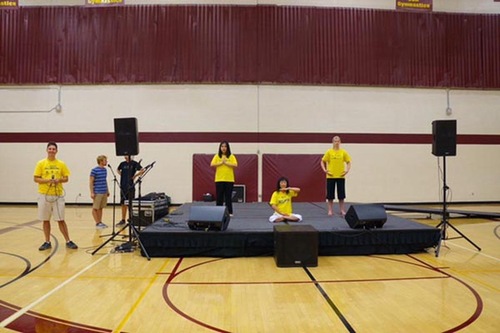 Practitioners demonstrating the exercises during the new student orientation at Arizona State University.

In preparation for Australian Prime Minister Malcolm Turnbull's trip to China in early September, Falun Gong practitioners are collecting signatures and giving out postcards addressed to Turnbull, asking him to bring up the persecution of Falun Gong to Chinese leaders during the G20 Summit and call for an end to the atrocities. 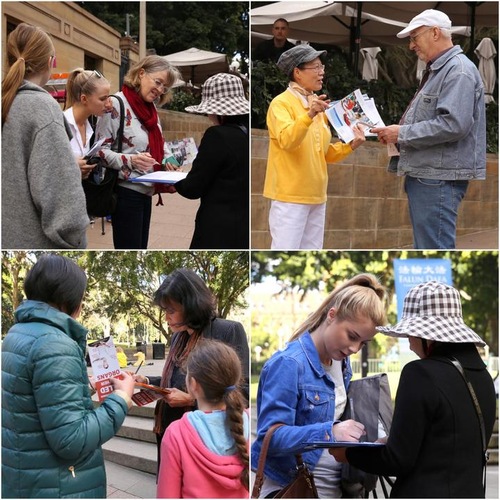 People in Sydney sign the Falun Gong postcards to be sent to Prime Minister Turnbull. 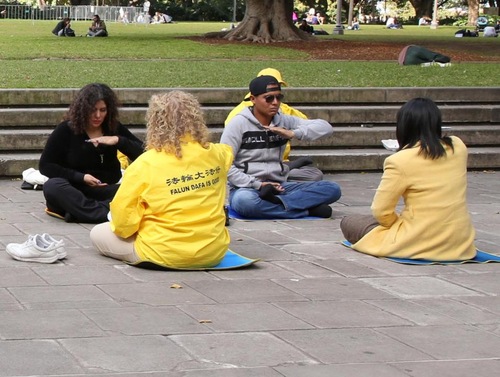 In Auckland, New Zealand, practitioners held an anti-torture exhibit at Aotea Plaza on August 27, 2016. They re-enacted the killing of practitioners for their organs, demonstrated the Falun Gong exercises, and collected petition signatures. 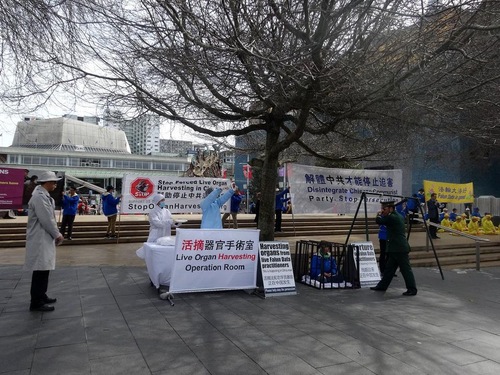 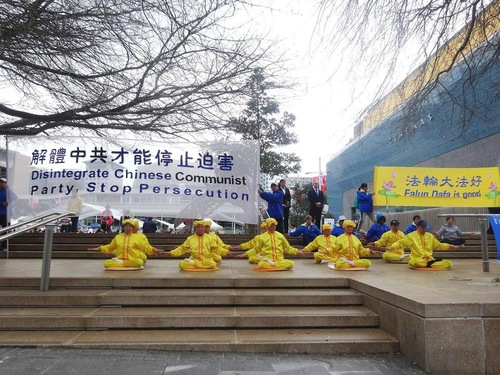 The event at Aotea Plaza in Auckland, New Zealand. 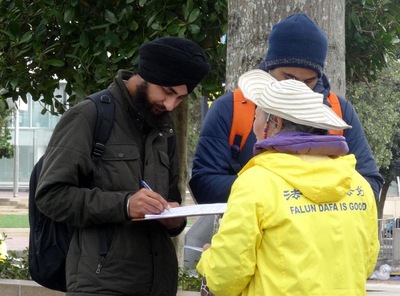 The County Council of Miaoli and the City Council of Tainan passed unanimous resolutions on August 17 and 23, 2016 in support of prosecuting the former Chinese leader Jiang Zemin, who initiated and directed the persecution of Falun Gong. Since last May, more than 200,000 Falun Gong practitioners have filed criminal complaints against Jiang.

More than 600,000 in Taiwan have signed petitions calling to prosecute Jiang, and 13 local legislative councils have passed similar resolutions. 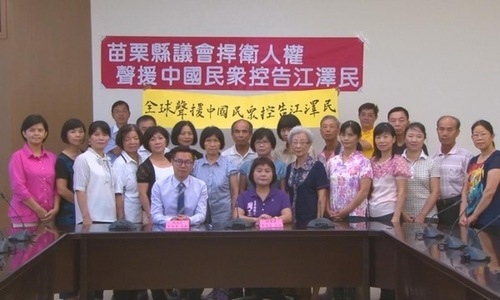 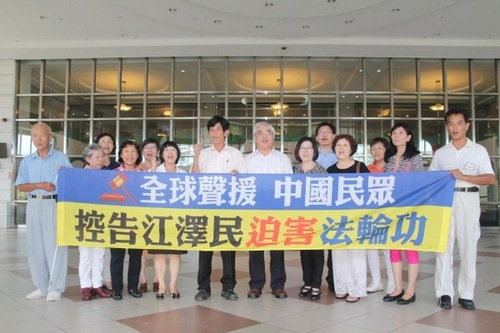 In Keelung, Taiwan, practitioners participated in the Water Lantern Parade during the Cage Ghost Festival on August 16, 2016, one of the 12 largest local festivals in Taiwan. 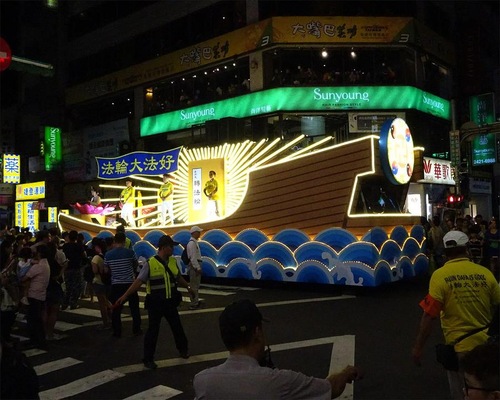 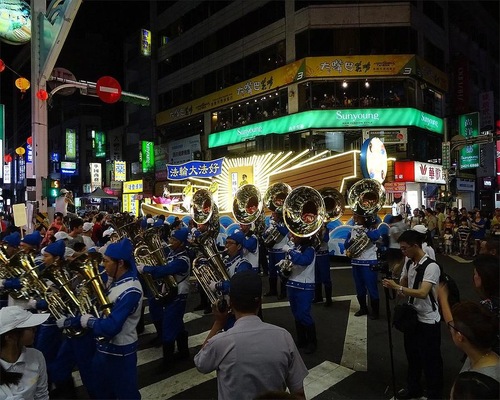