(Minghui.org) Canadian Prime Minister Justin Trudeau is about to receive more than 50,000 postcards before his visit to China this September. Each card requests the Prime Minister to bring up China's human rights violations with Chinese leaders, in the hopes that international pressure will help stop the state-sanctioned organ harvesting from persecuted Falun Gong practitioners.

Since July, Falun Gong practitioners in Toronto have been holding activities every day at tourists spots, in the downtown area, and at busy intersections, raising public awareness of the 17-year-long persecution of Falun Gong in China. The brutal persecution has resulted in over 4,000 confirmed deaths (though the number is likely much higher), and possibly more than one million deaths from forced organ harvesting. A major postcard campaign resulted in tens of thousands of signed cards that will be presented to Prime Minister Trudeau. 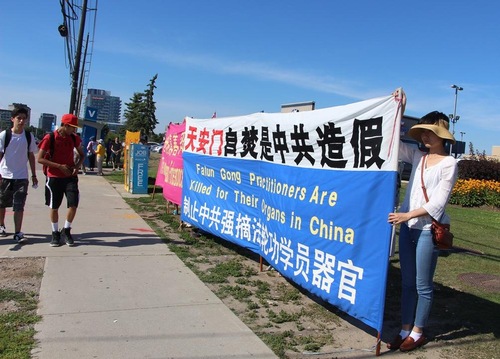 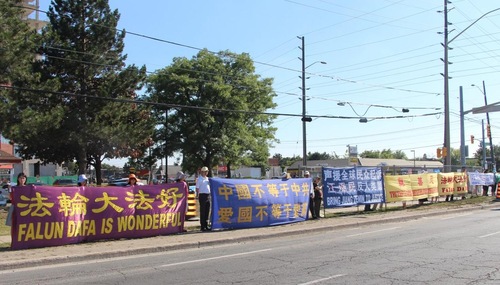 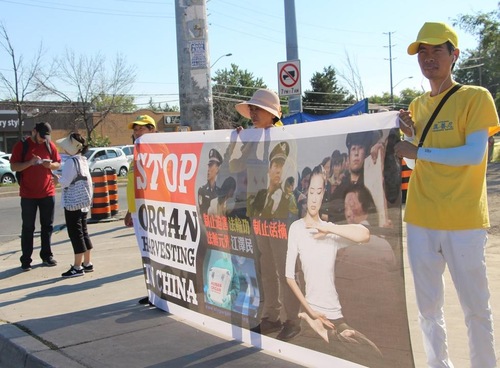 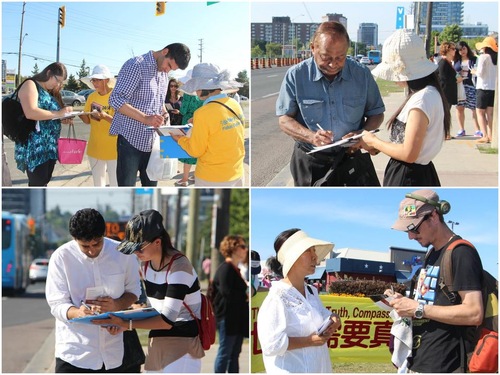 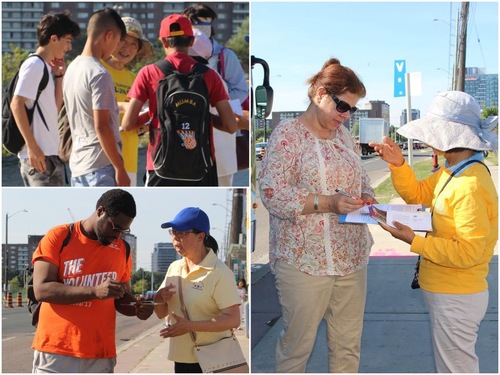 The practitioners' signature campaign has received strong support from all walks of life in Toronto. 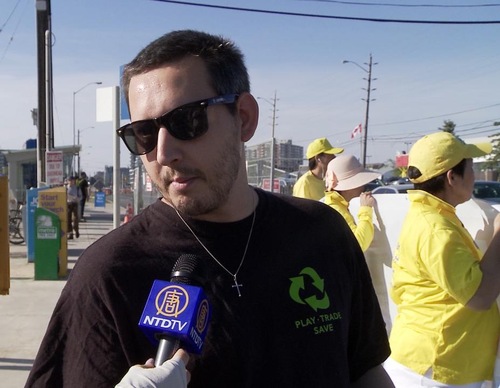 Local resident Steven was shocked by the Chinese regime's crime of organ harvesting.

“I cannot imagine it. This is genocide,” said local resident Steven about the Chinese regime's organ harvesting. “We must stop it immediately. We need to let the United Nations know. China is a communist country, so people outside China should help Falun Gong's peaceful resistance. I hope PM Trudeau will help.”

“The brutality should be exposed on social media,” Steven added, “to let more people know about it.”

Johnny Wong, originally from Hong Kong, asked practitioners if he could donate food to them. “I am in the food business, and I really want to support Falun Gong,” he said.

“I heard about Falun Gong and the persecution when I was in Hong Kong. Falun Gong is a peaceful group. The persecution is unjust and anti-human. How can we let forced organ harvesting happen?” Mr. Wong said. Then he added, “I admire Falun Gong's peaceful resistance.”

“If I broke the law, sure, you could put me in jail. But how can you kill me if I only want to be a good person?” Wong asked, incredulous that a peaceful cultivation practice would be persecuted.

Before leaving, Mr. Wong summed up his feelings. “All I want is world peace. I hope the persecution of Falun Gong will stop immediately,” he said. 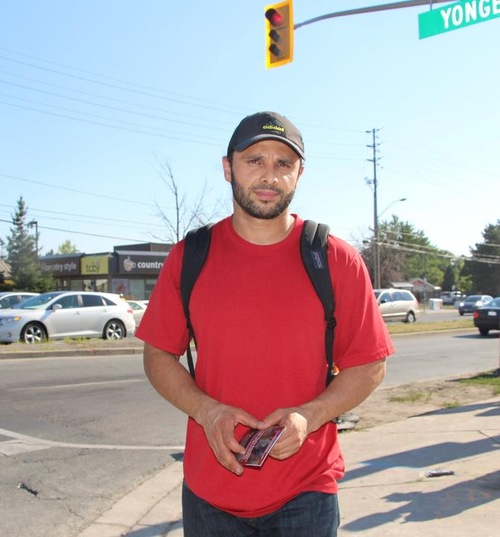 Idzamma wrote to PM Trudeau on the postcard: “Please support this group.”

Idzamma, a local student, casually signed the postcard before he listened to the practitioners. After talking to them, Idzamma asked if he could sign a new postcard. “I need to do it seriously,” he said. “I hope everybody will treat this seriously.” 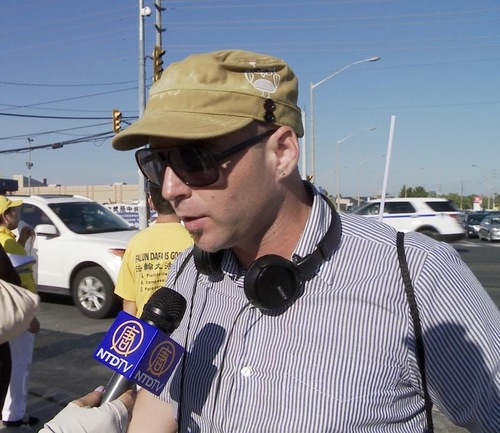 James condemned the forced organ harvesting. He hopes that the Chinese government will respect its citizens' human rights.

Many Canadians believe that Canada needs to speak up about this issue. A number of people who signed postcards said that they would also urge their friends and family members to sign the petition online. Residents of Canada are urged to sign the petition to Prime Minister Justin Trudeau online here.

“Standing Up to the CCP: My Son Is Blessed for Not Joining the Young Pioneers”