Chinese Tourist in France: “Falun Gong Practitioners Are the Backbone of China”

(Minghui.org) After the Chinese communist regime banned Falun Gong in July 1999, it started the national propaganda campaign to defame the meditation system and its practitioners, making a large number of people unaware of what Falun Gong really is.

As practitioners inside and outside China continually expose the facts and debunk the hate propaganda, many people began to understand the real story.

“I used to have lots of misunderstandings about Falun Gong. Now, I know you are doing this [telling Chinese tourists facts about Falun Gong] for our own good,” one tourist said to Ms. Chen, a practitioner in Paris who volunteers her time to raise awareness. “You are the backbone of China,” said the tourist. 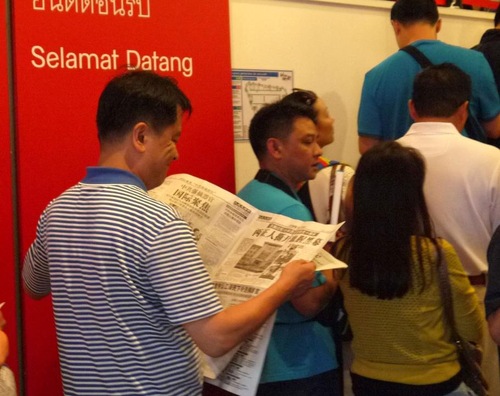 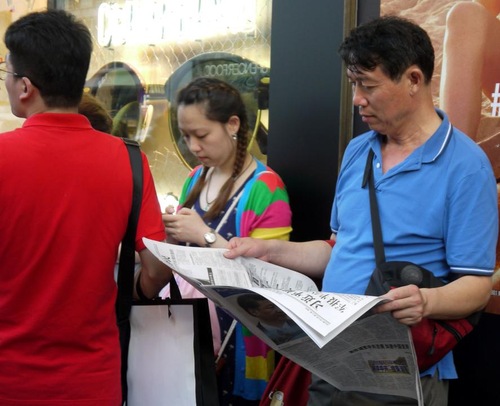 Truth Speaks for Itself

Ms. Chen often goes to the business district and talks with Chinese tourists there. “One thing we often discuss is the staged Tiananmen Square self-immolation,” said Ms. Chen.

Since the suppression started in 1999, the Communist Party made up many lies to slander Falun Gong. The self-immolation hoax, in particular, turned many people against Falun Gong and it was even included in textbooks to deceive students.

When Ms. Chen pointed out the flaws in the state-run media reports on the incident, the tourists understood and thanked her. Some of them decided to renounce their memberships in the Communist Party and affiliated organizations.

“I did not think much about it in the past. But in the TV report, one of them [“self-immolators”] had a burned face, but his hair and eyebrows were completely fine,” said one man. He said once people take a step back and gain access to uncensored information, they would be able to tell what is true from false.

One tourist said such information was not accessible in China. In fact, many of the news media reports were falsified and thus misleading. “When our group first started the tour, we did not want to accept these materials [from Falun Gong practitioners]. Little by little, we found what you are doing makes sense.”

Another tourist said that in China people always talk about patriotism and refute negative remarks about China. “Now I see that many people were confused about loving China vs. loving the Communist Party.”

He was thankful for the new perspective and called practitioners “the backbone of China.”

“The Communist Party misleads people,” said another Chinese tourist. “As a result, we are like a frog that spends its entire life in a well and never knows what the outside world looks like.”

A perceptive 23-year-old young man from China said he never joined the Party's youth organizations despite pressure to do so because his intuition told him not to blindly follow communist propaganda.

“The Party claims to put the people's interest above all,” he said. “In fact, what it does is just the opposite. Just look at the past political campaigns and current social problems. Eventually, everyone will see it for what it is.”