(Minghui.org) The Art of Zhen Shan Ren (Truthfulness-Compassion-Forbearance) International Exhibition has toured more than 50 countries and been shown over 800 times since 2004. It can now be seen in a gallery in the city of Stockholm.

The persecution of Falun Gong, which began 17 years ago in China, is still going on. The Art of Zhen Shan Ren portrays the persecution and the people who have had the courage to stand up against it, in the hope of bringing change.

The exhibition opened July 18 and runs until August 6, 2016. But not everyone could wait until opening day.

“The weekend before the exhibition opened to the public, as we were hanging the paintings, some tourists from Sweden, Switzerland, and Brazil asked to see it. We let them in, because they were leaving Stockholm before the 18th and would have otherwise missed the opportunity to see the exhibition,” said Ann, one of the organizers of the exhibition this year. 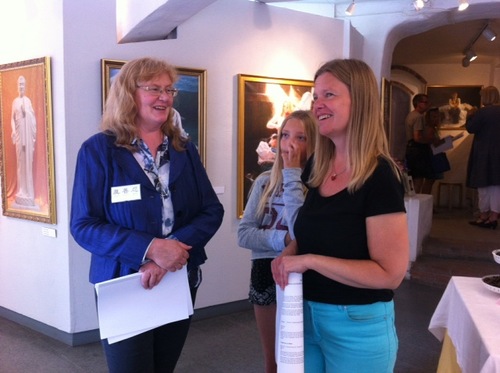 Ann, an artist and an organizer from the Association of Art and Culture, guided the visitors in the exhibition hall.

Ann has worked with this exhibition since 2008. This is the second year that it was held at Svartmansgatan 27 in Stockholm. Although the Gallery is not very large, it is in a great location. Last summer, more than 4,000 visitors from over 60 countries came to see the art works. There are new additions featured in this year’s exhibit. 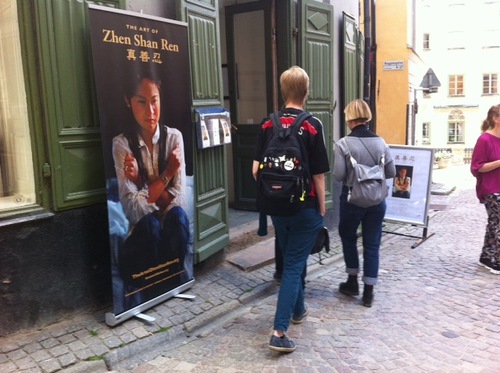 The Art of Zhen Shan Ren (Truthfulness-Compassion-Forbearance) in Stockholm

Elise Hansen from Denmark was touched by the paintings. It was difficult for her to imagine that, in this day and age, people are having their organs harvested from them while they are still alive. She knew that it was happening, but not on such a large scale. “The works and the quality of the paintings are incredibly beautiful and almost photorealistic. ...There is so much pathos in the paintings that they speak for themselves,” she said. 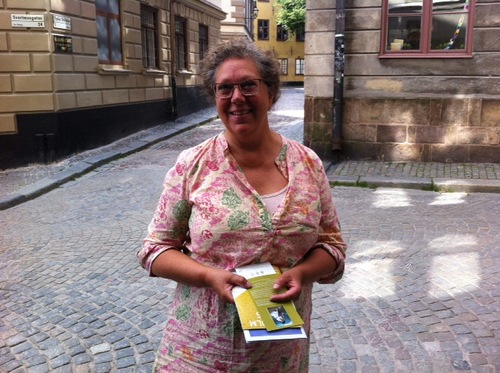 Professor Zhang Kunlun and other artists decided to express their personal understanding of the universe and life through their art. Four of the artists featured in the exhibition personally experienced intimidation, the effects of hate propaganda, and violence in China, as have millions of Falun Gong practitioners who are being persecuted by the Chinese Communist regime.

One painting raises the issue of organ harvesting and how the Chinese Communist Party has manipulated and misled its citizens and the international community about its role in forced organ harvesting in China. That reality led the U.S. House of Representatives and the Commission on Human Rights to adopt a resolution to condemn the Chinese regime for this heinous crime. 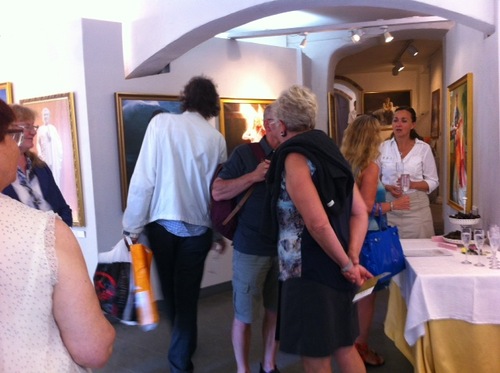 Visitors from Germany, Britain, Spain, and France visit the exhibition. 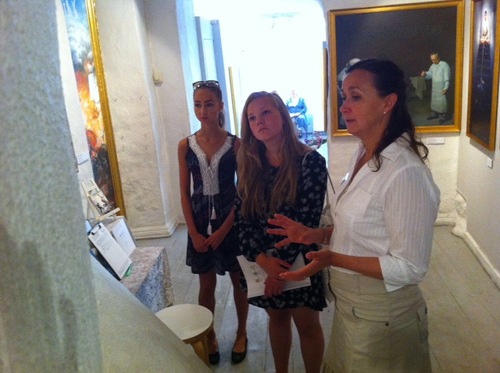 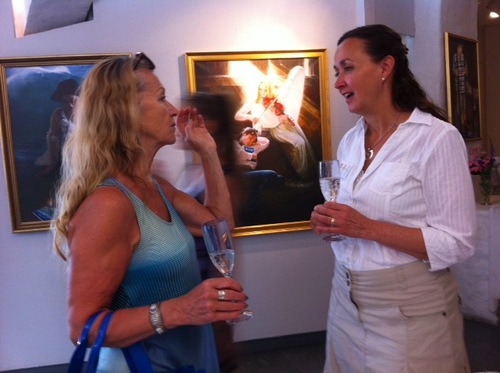 An artist asks several questions about Falun Gong, organ harvesting, and the artwork.

Inger Carlsson and Tomas Andersson from the south of Sweden were alarmed after viewing the artwork. “Terrible,” commented Inger. They had heard about organ harvesting from executed prisoners but had no idea that vital organs are taken from unlawfully detained Falun Gong practitioners in China while they are still alive.

Some visitors asked about Falun Gong and the persecution in China. Many signed the petition and wrote their thoughts in the guest book.

Many people were moved to tears and stayed to get more information about Falun Gong and the persecution.

An Asian man came specifically to see the art after seeing the documentary Human Harvest at Almedalen week (Sweden’s biggest political meeting place, which gives everyone who wants to debate social issues an opportunity to take part) in the beginning of July in Gotland, a Swedish island.

The Art of Zhen Shan Ren (Truthfulness-Compassion-Forbearance) is organized by the Association of Arts and Culture and the Swedish Falun Dafa Association in collaboration with the Studiefrämjandet in Stockholm.

“Family Supports Practitioner After Learning of Rights from Defense Lawyer”