(Minghui.org) July 20 marks the 17th year that Falun Gong has been brutally suppressed in mainland China. Across the strait, practitioners in Taiwan held many events recently on this occasion to raise awareness. Below are reports from Changhua, Taipei, Hualien, and Chiayi. 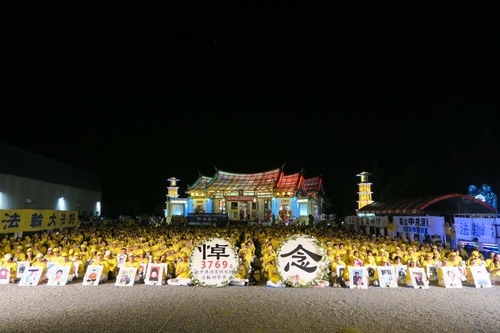 Practitioners gathered near the tourist site of Taiwan Glass Pavilion to commemorate practitioners who lost their lives in the persecution. 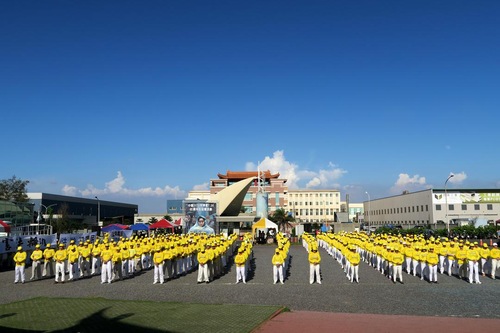 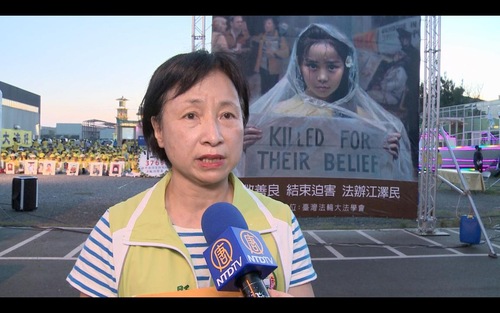 Ouyang Zhenzhu, Changhua County Council Member, is disturbed by the atrocity in mainland.

Next to the tourist site of Taiwan Glass Pavilion, practitioners set up posters, performed the meditative exercises, and held a candlelight vigil to raise awareness.

Shocked by the severe mistreatment suffered by practitioners, including forced organ harvesting, Ouyang said she hopes more people will pay attention to this. “We must hold former Chinese leader Jiang Zemin responsible for persecuting Falun Gong.”

Zheng Jingyi, former president of a lions club, said the persecution of Falun Gong is anti-humanity. “This should not have happened in the first place, because freedom of belief should always be protected.”

Having several friends as Falun Gong practitioners, Zheng said they are honest and reliable. “Just think about forced organ harvesting—we all have family members, including our children. How could Chinese officials do things like this?!”

Taipei: “The Truth Speaks for Itself” 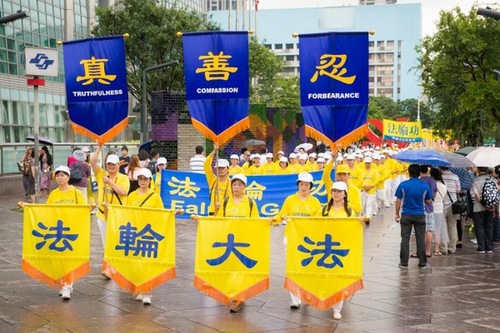 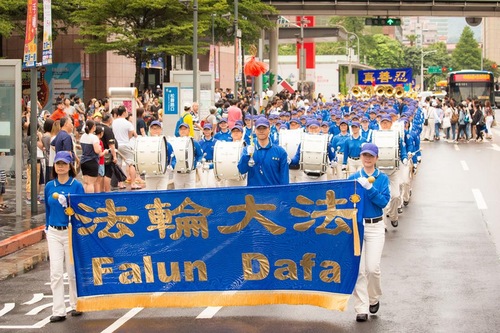 Many spectators were impressed by the Falun Gong group's Divine Land Marching Band. 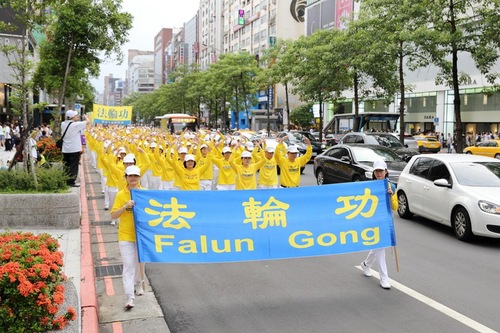 Exercises demonstration during the march in Taipei.

Mr. Lin, a tourist from Guangdong Province, watched the march in Taipei on July 17. “Now I know why the Communist Party could not successfully suppress Falun Gong: Because the truth speaks for itself.”

With banners of “Supporting 200,000 people filing criminal complaints against Jiang Zemin”, more than 1,700 practitioners joined the march near the tourist site of Taipei 101. As the four-mile march continued, spectators cheered on the Divine Land Marching Band and exercise demonstration.

Mr. Wu from Singapore said he did not know about Falun Gong in the past. Upon hearing the suppression in China, especially organ harvesting from living Falun Gong practitioners in China, he was very disturbed, saying, “No government should allow this to happen. It [forced organ harvest] must stop.”

Hualien: “We Will Keep Coming Here Till the Persecution Stops”

Hualien Falun Gong practitioners gathered at Chishingtan Beach on July 10, to commemorate the practitioners who lost their lives because in the persecution. 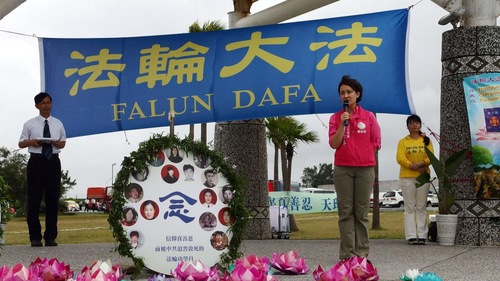 Hsiao Bi-khim, member of the Legislative Yuan, said people should pay more attention to the persecution.

Hsiao Bi-khim, member of the Legislative Yuan, said she admires Falun Gong practitioners' courage. “Facing the severe persecution from the communist party, they risked their lives, or even became victims of forced organ harvesting, to uphold their faith. We all need to support them. We will keep coming here until the persecution stops.”

Hualien County council member Huang Zhenfu said the principles cherished by Falun Gong practitioners, Truthfulness-Compassion-Forbearance, are universal. “They are important and they relate to all of us.”

Chiayi: This Type of Viciousness Should Not Exist on Earth

When Chiayi Falun Gong practitioners gathered at the Jiayishi Cultural Park on July 10, many elected officials and human rights advocates spoke at the event. 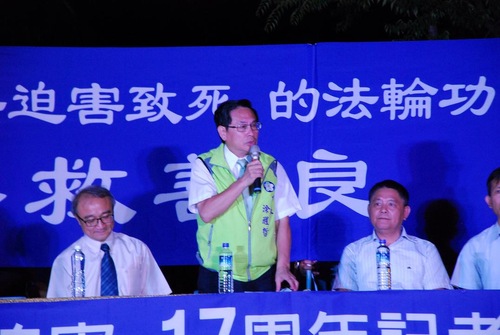 Twu Shiing-jer, mayor of Chiayi, said he was glad to hear that more than 660,000 signatures had been collected calling for an end to the persecution in the mainland. As a physician, he was convinced by the evidence provided by investigators on forced organ harvesting. “This type of viciousness should not exist on earth,” he said.

Ai Changrui, professor at National Chung Cheng University, said he first heard about Falun Gong 17 years ago. “From labor camps, to military, to hospitals, forced organ harvesting and a live organ bank has involved many government agencies. This state-sanctioned crime must stop.”

At least 10 cities or counties, including Kaohsiung and Taichung, have passed resolutions to expose forced organ harvesting and support the lawsuit against Jiang, explained Ai.