(Minghui.org) Two Falun Gong practitioners were brought to court in handcuffs on the morning of June 27, 2016. Ms. Luo Chunrong and Ms. Tu Lin were on trial because of their belief in Falun Gong. 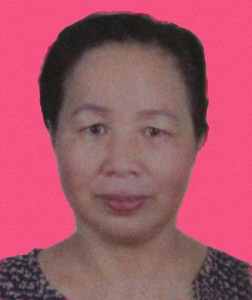 Ms. Luo read from a prepared statement, in which she told how practicing Falun Gong changed her life. She pointed out that practicing Falun Gong is protected by China’s constitution, and therefore, all the charges against her were baseless and illegal. She demanded that the court release her unconditionally.

During the reading, the judge interrupted Ms. Luo several times, but Ms. Luo insisted on reading her statement. Following the judge’s order, two bailiffs walked over and tightened her handcuffs as punishment. Ms. Luo’s husband was so angry with the police’s treatment of his wife that he stood up and shouted, “You cannot treat her this way!”

A bailiff yelled, “Shut up or get out! Audience members are not allowed to speak.” Ms. Luo’s husband could hardly control his emotions. He shouted back, “I'm out of here!” The old man then passed out and fell to the floor after leaving his seat.

The outraged audience began to protest. “They dare to torture her right under our noses,” one of Ms. Luo’s relatives said. “Can you imagine what they do to her inside the detention?”

An elderly woman asked the bailiff, “How could you treat a senior this way? Don’t you have parents? Luo Chunrong did nothing wrong by following the principles of Truthfulness-Compassion-Forbearance.”

Surprised by people’s strong reaction, the court officials lead Ms. Luo into a separate room and paused the hearing. A few minutes later, the female judge came out and asked the audience whether she should continue. Several audience members told her, “You owe her an apology for mistreating her.”

The judge decided to let Ms. Luo finish reading her self-defense statement without further interruption. Ms. Luo concluded her speech with, “Those who treat Falun Gong fairly are doing themselves a great favor, and choosing a bright future.”

The courtroom audience applauded warmly to show their support.

“A Most Devastating Cover-Up: The 17-Year Persecution of Falun Gong and Forced Organ Harvesting”