(Minghui.org) The grand parade opening the annual Calgary Stampede was held on July 8, 2016, in downtown Calgary. The Falun Gong procession received a warm welcome from the spectators and won third place in the cultural category.

Over 300,000 people stood along the 4.5 km-long parade route, and hundreds of thousands watched the parade live on television. 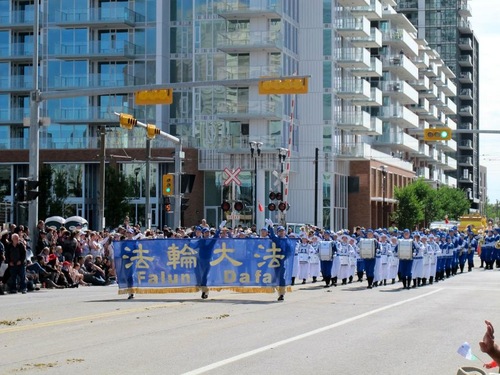 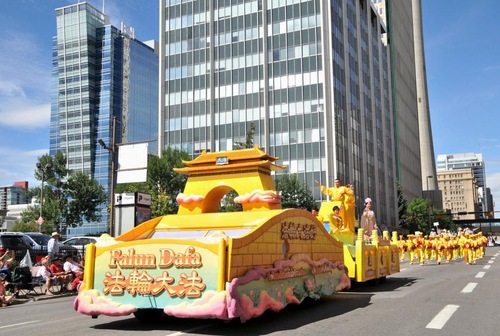 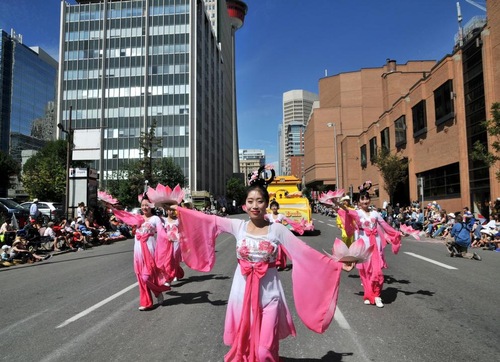 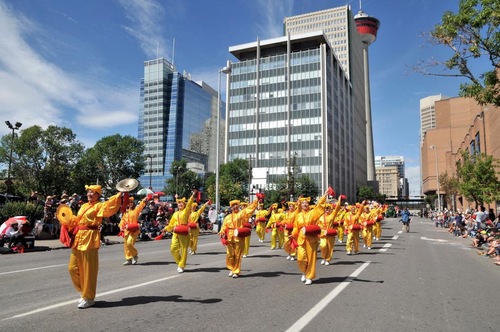 Falun Gong, also known as Falun Dafa, is a spiritual practice that was first taught in public in China in 1992. Since then it has been embraced in over 110 countries, and over 100 million people now practice it.

The Falun Gong procession consisted of the Divine Land Marching Band, celestial maidens, a float, and the waist drum team. Enthusiastic applause and cheers from the crowd followed them all along the parade route.

Many spectators were impressed with the Falun Gong entry, commenting that the music was especially pleasing. The celestial maidens’ exquisite costumes and graceful dancing elicited frequent words of praise. As the float passed by, every now and then spectators read aloud the words emblazoned on it: “Falun Dafa is good.”

Mr. Liu from northeast China admired the band's music and was glad to see Asian faces in the parade. Many people nearby watching the parade asked him questions as the Falun Gong procession passed by, wanting to know more about the practice. Mr. Liu felt quite proud of Falun Gong that day.

Cherie Musselwhite, a Stampede staff person, also had words of admiration for the band. She said that other bands took a break between selections, but the Divine Land Marching Band played one piece after another. She said she could feel strong energy from all the performers. 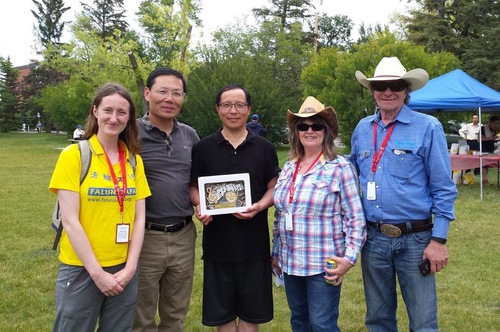 The Divine Land Marching Band receives an award for participation.

John Musselwhite, a Stampede staff member, gave the Divine Land Marching Band an award for participation. The committee thanked the band for its outstanding performances. John said he noticed how well the crowd responded to their music.

The Divine Land Marching Band was invited to perform at a breakfast gathering and a community parade in the Ranchlands District on the day following the Stampede Parade. Their performance attracted much attention from the bystanders. People clapped along with the music. Many walked with the band from the beginning to the end of the parade. 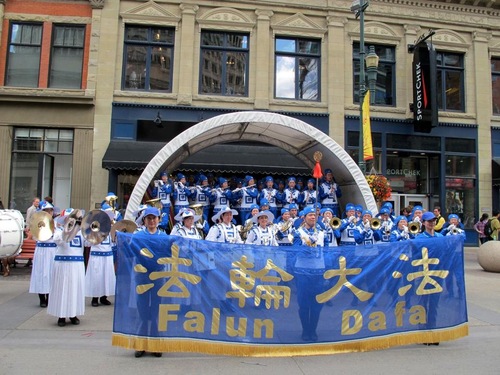 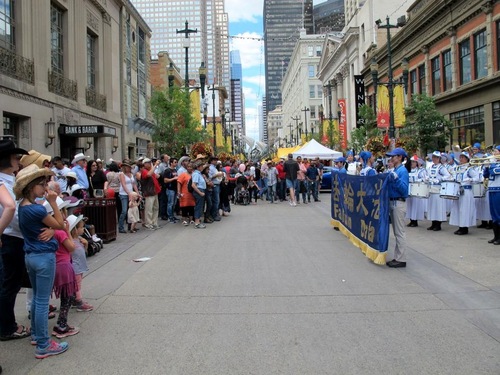